Protesters kept up a day-long protest outside the QEII confrerence centre while Tony Blair was performing at the inquiry. Photographs Copyright (C) 2010, Peter Marshall, all rights reserved. 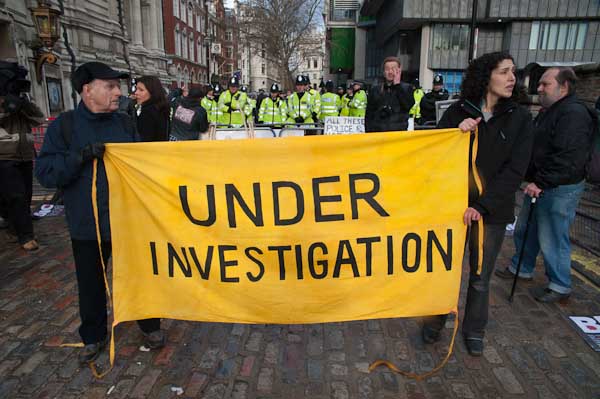 All these police under investigation 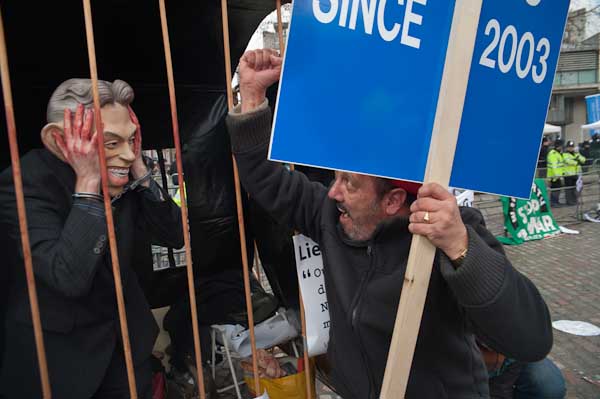 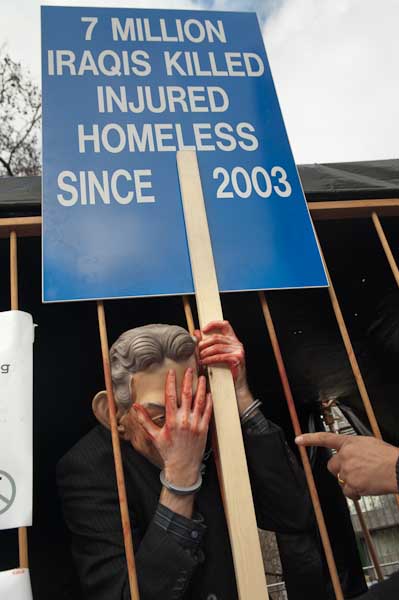 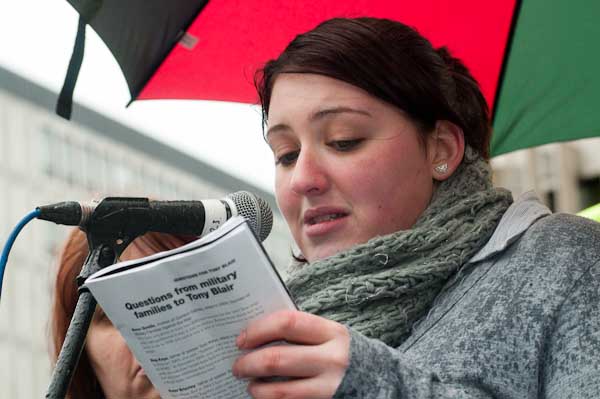 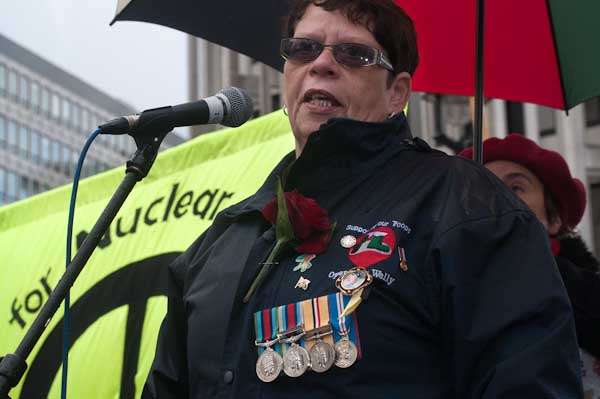 Theresea Evans with her son's medals 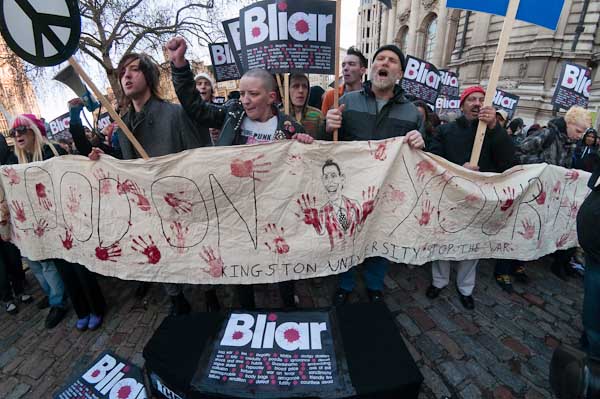 Coffin and Blood On Your Hands banner 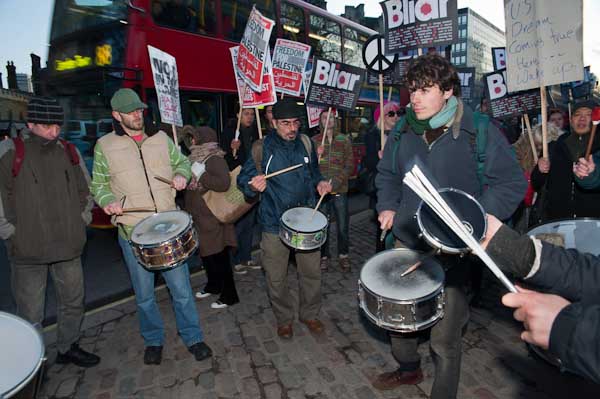 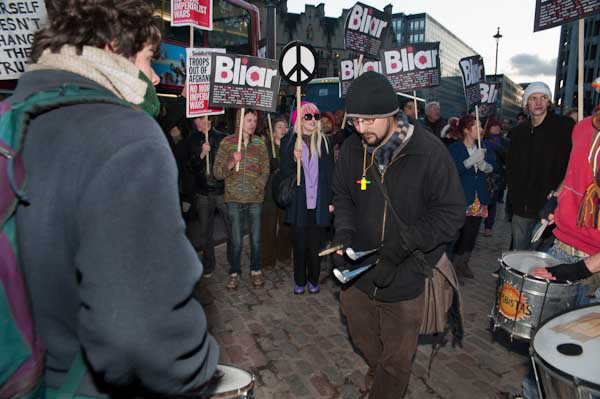 In front of the QEII centre 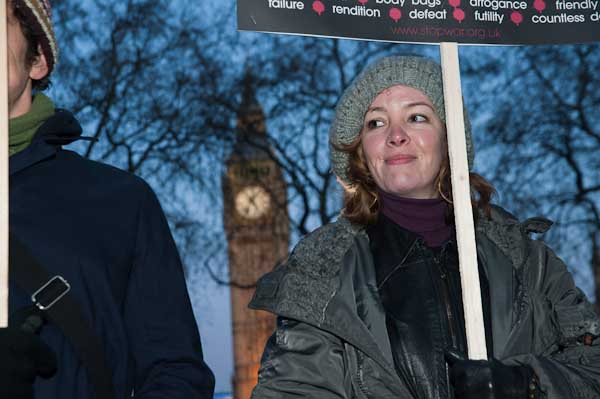 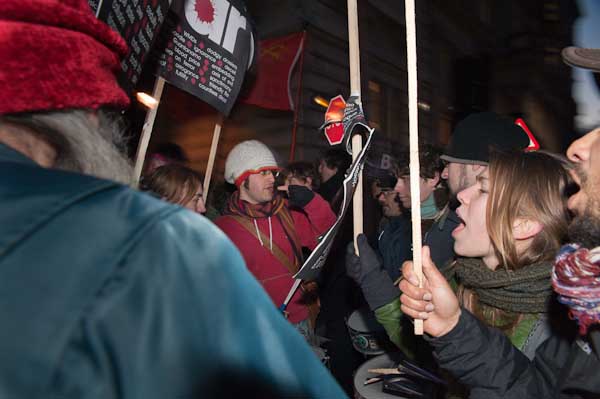 Despite the cold and wet weather, there were more than 200 present all through the day, though many came for shorter times and left. After 5pm when Blair was expected to leave, there were crowds around each of the exits with a total probably more than 500 people, though none of us got a glimpse of Blair, who probably left through one of Wesminster's many secret underground routes.

Through the day there were a number of speeches, with the highlight being a lunchtime report from members of the military famiilies who had been inside listening to the proceedings. They were appalled at both his evidence and the lack of critical questioning from the inquiry members. Theresea Evans, proudly wearing her late son's medals, spoke of Blair's complete failure to make any apology for the effects of his decision, and her disgust at his smirking while giving evidence.

Maxine Gentle who was 14 when her brother Gordon was killed in Iraq in 2004 read the letter she wrote then to Blair, and her words then remain a moving expression of what many military families feel:

"My feelings are that I think you are rubbish at your job. You don't care about the British public, armed forces or anyone. "
"My big brother died at the age of 18, and what for? A war over oil and money. I think that you should withdraw all of our soldiers from Iraq. After all, it's not our war, it's America's."
"We are all hurting badly, but I don't just blame Gordon's death on the Iraqis that made the roadside bomb. I blame YOU as well, because it is your fault that our soldiers are over there in the first place."

The families had hoped for some expression of real regret from Blair but instead got a great deal of self-justification and the feeling he had learnt no lessons but would be happy to make a similar tragic mistake over Iran were he still in power.

More text and pictures on Demotix:

http://www.demotix.com/news/235133/blair-inquiry-protest
And on My London Diary soon