Residants at development control forum meeting to discuss the propsed BLISS Lab or UKCMRI projetc were stunned as a photo of a Peter Pan photo was used as background for the UKCMRI "big guns" including sir Paul Nurse of the Rockefeller Insititute, Sir Les head of the MRC, Camden council, John Cooper and a group of seriously angry Camden residents. Tempers flared at the meeting. 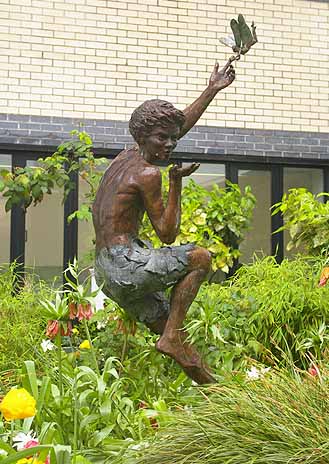 Residents in Camden said they were patronised by the consortium and the Peter Pan photo whcih left many confused and bewildered but not surprised.

Residents are saying the ink has already dried and they don't care what we think about this danger on our doorsteps.