Israel cracks down on peace activists at Brussels Holiday Fair

Theater against arms trade leads to arrests and charges of falsification.

On 7th February 2010, 8 peace activists entered the Brussels Holiday Fair and impersonated flight attendants of the Israeli airline company El Al. They handed out fake free plane tickets to Israel, which referred to the fact that El Al contributes to the transport of arms to the country. 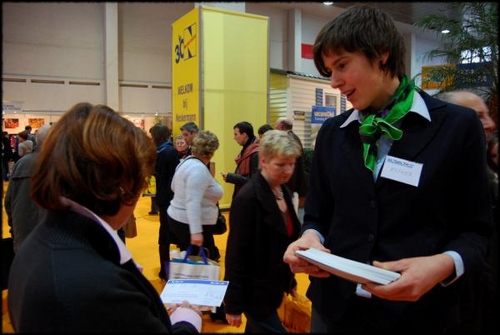 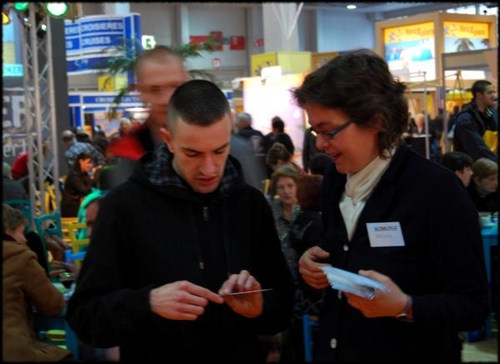 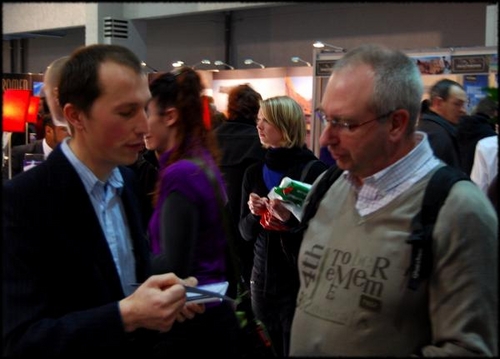 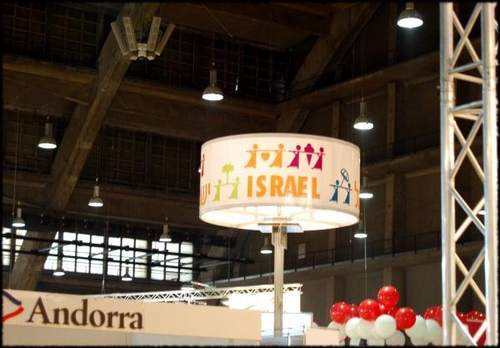 Their theatrical intervention didn't go down well with the Israeli security agents who were observing the Fair. They were alarmed when people started asking questions about the vouchers at the Israeli booth and reacted by getting all the “air hostesses” arrested.

The matter turned out to be politically sensitive, and the security personnel of Brussels Expo (where the Holiday Fair was taking place) stated that they received orders from the Israeli Embassy to detain the actors. El Al will probably press charges against the activists for using their logo on the leaflets, and the Israeli Board of Tourism and the Israeli Embassy were keen on legal action against the activists. What at first seemed to be a regular arrest, ended with 20 hours of detention and questioning by a public prosecutor.

El Al allegedly transports US arms to Israel via the airport of Liège (Belgium). Although the European Code of Conduct on Arms Exports is intended to prevent this kind of arms transfer, trade to and from Israel through Belgium is not controlled at all. In 2005 and 2006 alone, 160 million bullet parts, 17 million rounds of ammunition and tens of thousands cartridges, smoke shells and fuses were transferred by El Al from the United States to the Israeli Defence Forces, through the main Dutch airport of Schiphol.
After El Al transferred its main activities to the airport of Bierset near Liège, it can be assumed that the majority of the US arms transports to Israel have also shifted to Belgium. Although the Walloon government does not give any figures about the transfer of military goods, it is known that El Al has 2 to 3 cargo flights from the US to Israel through Bierset every day. If the EU arms export criteria would be applied to these transfer flights, they would most probably not be permitted. The United States is known to have a much less restrictive arms export policy towards Israel than Belgium and The Netherlands.