Around 50 people demonstrated today (Friday 12 Feb, 2010) outside the Holborn offices of SERCO in Hand Court in support of the women detained in Yarl's Wood Immigration Removal Centre, run by SERCO, who are protesting at the inhumane treatment they receive there and whose hunger strike was broken up in a violent assault by SERCO officers on Tuesday. 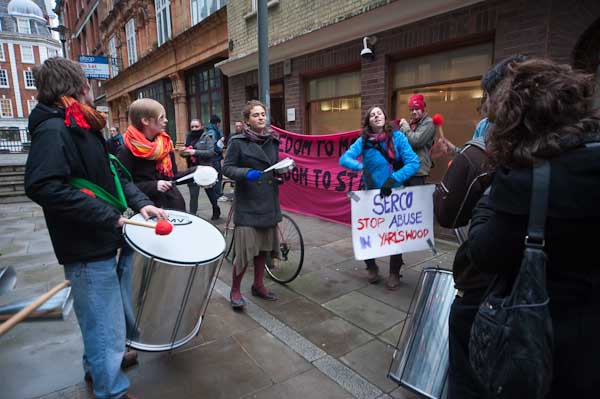 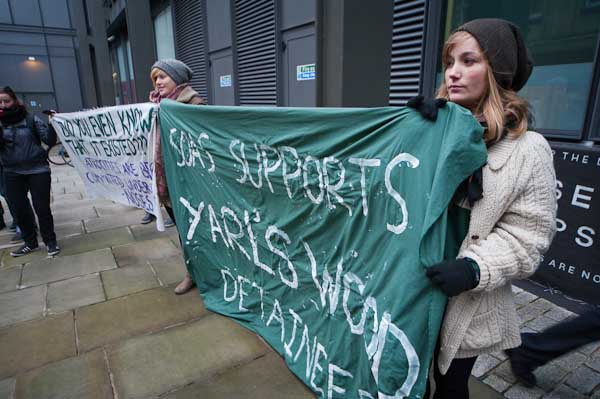 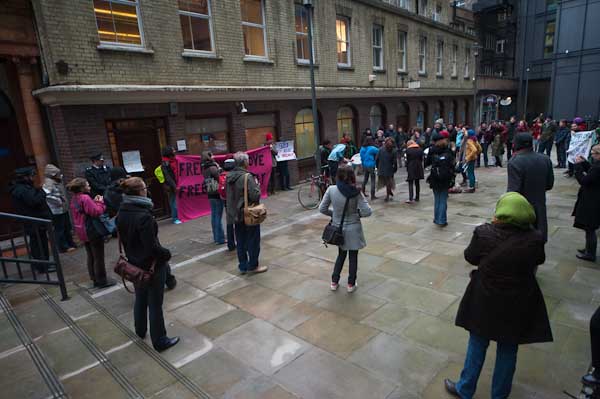 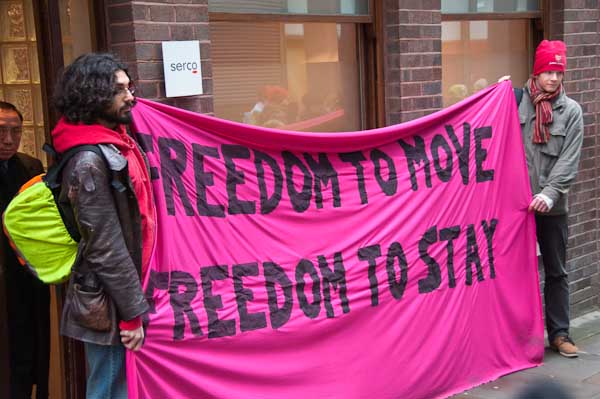 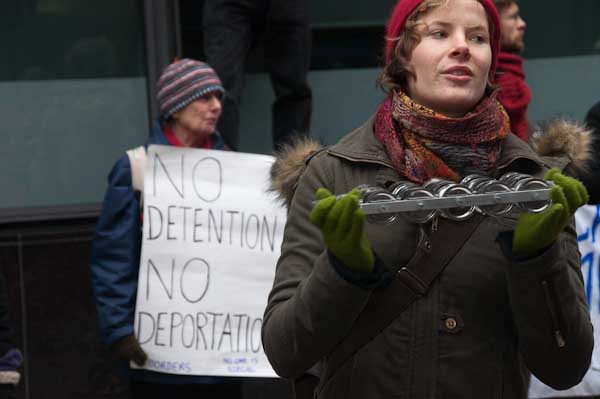 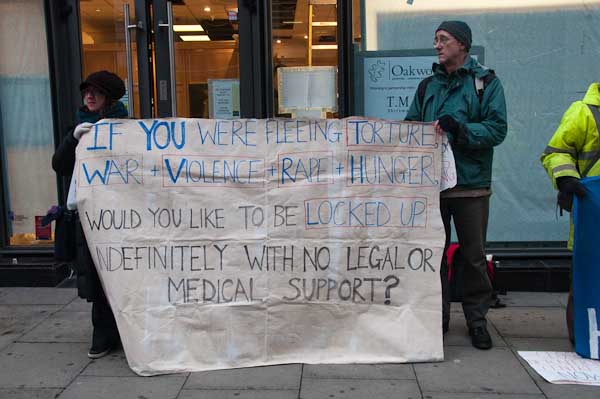 The 84 women detained in Yarl's Wood began their hunger strike on Feb 5. They demanded that Britain should abide by the European rules governing conditions of detention for migrants and the length of time they are held, and should implement the alternatives to detention of foreign nationals stated in January by the Parliamentary Assembly of the Council of Europe.

They also demand proper access to justice, with an end to the 'fast track' system that denies asylum seekers a fair chance to prepare their applications and have reliable legal representation, as well as an end to false allegations and misrepresentation by the UK Borders Agency.

They want an end to the detention of children, rape survivors and torture victims, as well as the mentally sick and pregnant women, along with the application of proper legal procedures and periodic judicial review of those who are detained.

The detainees also complain of ill-treatment, abuse and physical and mental torture by officers at the centre, as well as a lack of proper medical treatment and care, and complain the the food is often insufficient and inedible.

SERCO run these "immigration prisons" with one aim in mind, to make a profit, and the Borders Agency has failed to ensure that they meet even the fairly minimal standards they have set. The government seem to regard these centres as a carpet under which people they would like to be removed from the country can be swept, and the press by and large would seem to share their view, ignoring the many disturbing reports from them.

According to reports from Yarl's Wood, on the afternoon of Tuesday 9 Feb, SERCO officers violently suppressed the hunger strike, trapping many of the women concerned in a corridor for 8 hours without food, water or toilet facilities; some were locked outside in the snow for several hours without jumpers, shoes or socks. Many were subjected to racial abuse, and some violent physical assault - after which one was unable to stand, another had a finger almost severed and many collapsed from exhaustion. Those injured were denied medical attention - and in most cases have still not received it. Ambulances and police were denied access.

National media hardly noticed the events and where they did their reports were complacent and misleading; one BBC report consisted largely of quotes from a spokesman for the Borders Agency, including his ludicrously untrue assertion "All detainees are treated with dignity and respect, with access to legal advice and heath care facilities."

Several days later some papers are beginning to catch up with the information that has been on the Internet since Tuesday, and a report in today's The Guardian talks about the growing pressure for an inquiry into the allegations of squalid conditions and racism.

The demonstrators displayed banners and there were a few short speeches outside the Serco offices in Hand Court, as well the spirited playing of a street band with some very noisy drums. At the end of the court in High Holborn there were more banners and people were handing out leaflets to passers-by. Today's demonstration was the latest in a series of daily pickets outside Serco.

A few more pictures on Demotix: