Anti-war stalls in Scotland with photos

Here are a number of photos from anti-war stalls in Edinburgh and Glasgow along with a photo of a 'peace car' from the island of Coll. 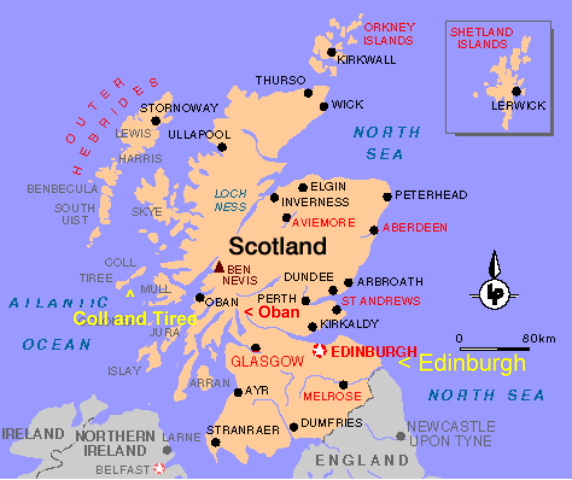 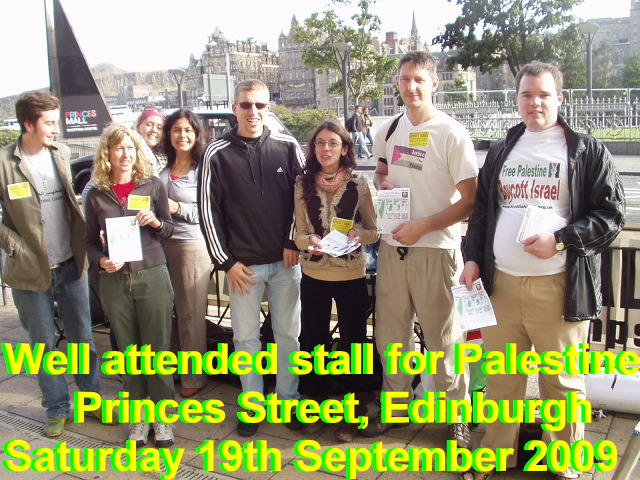 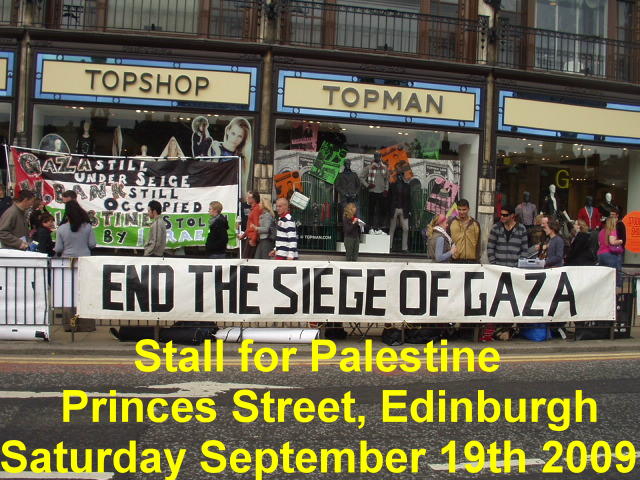 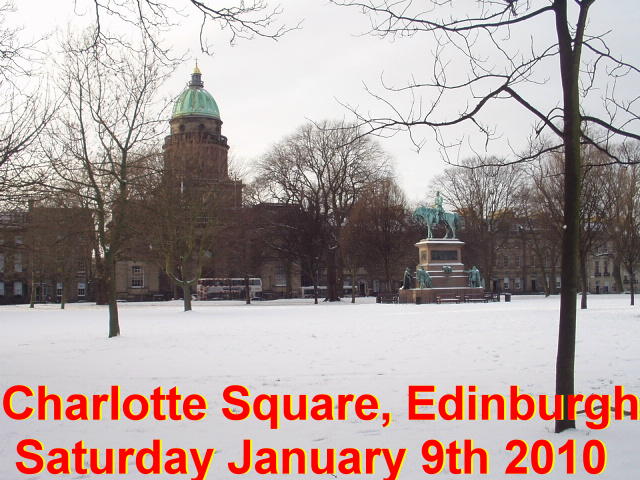 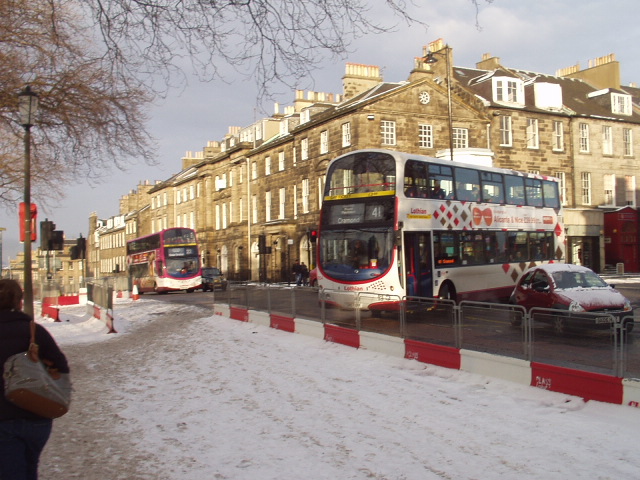 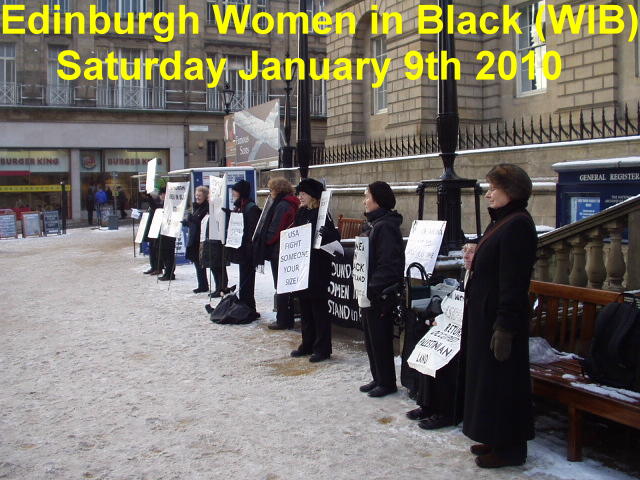 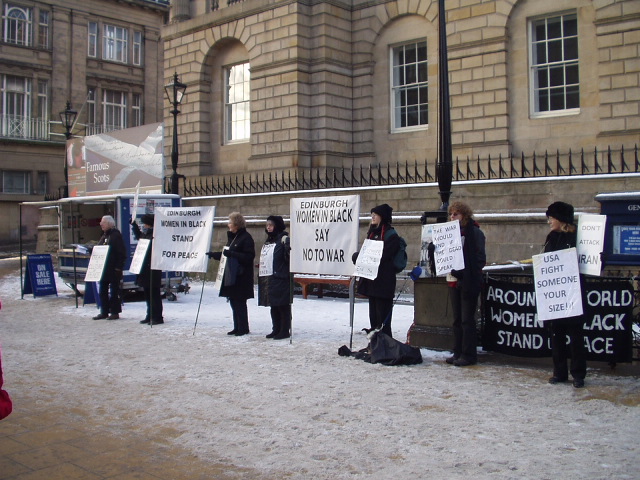 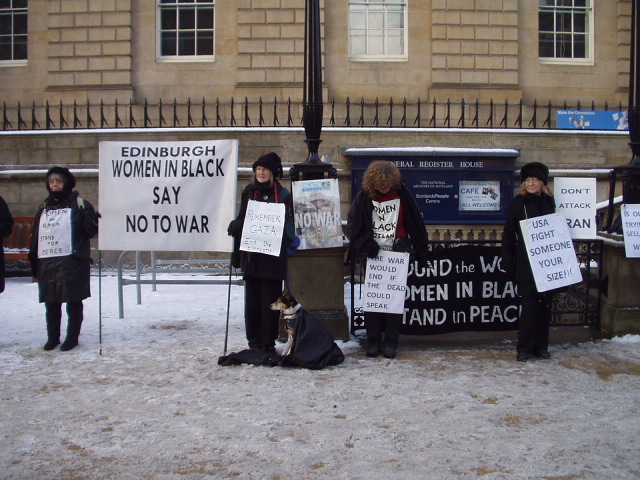 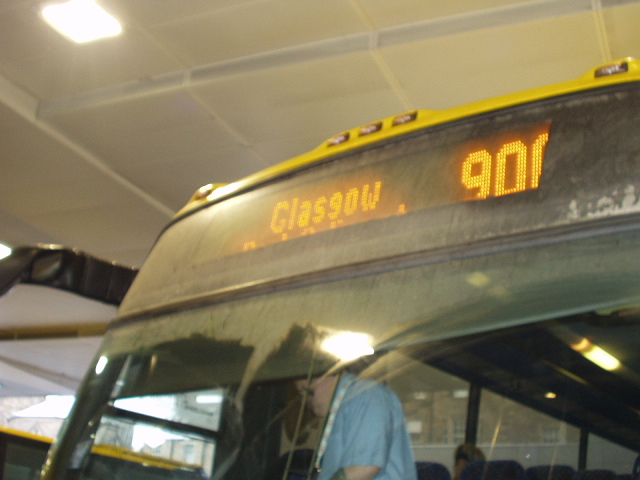 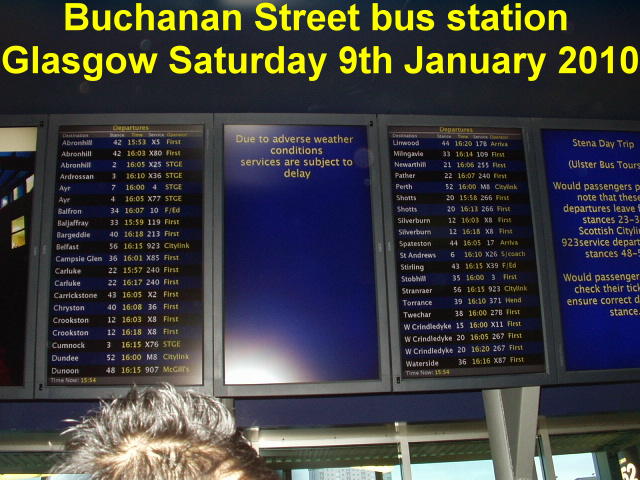 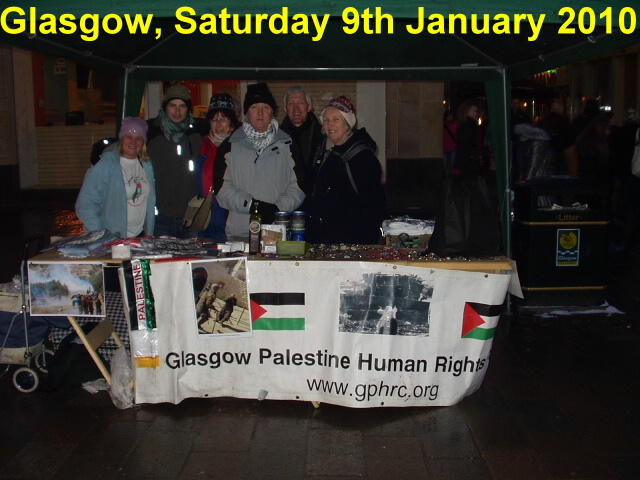 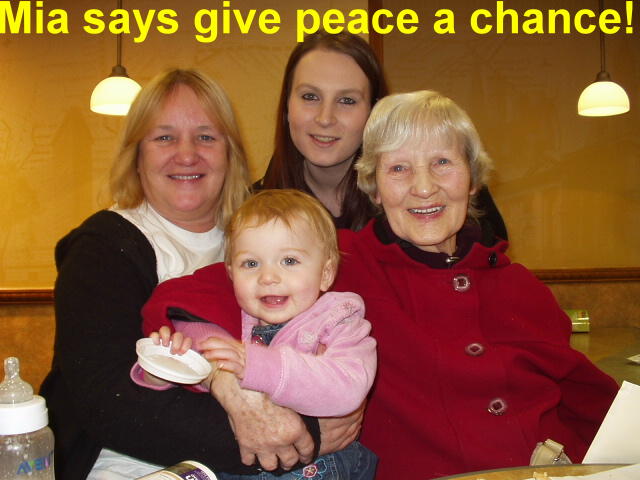 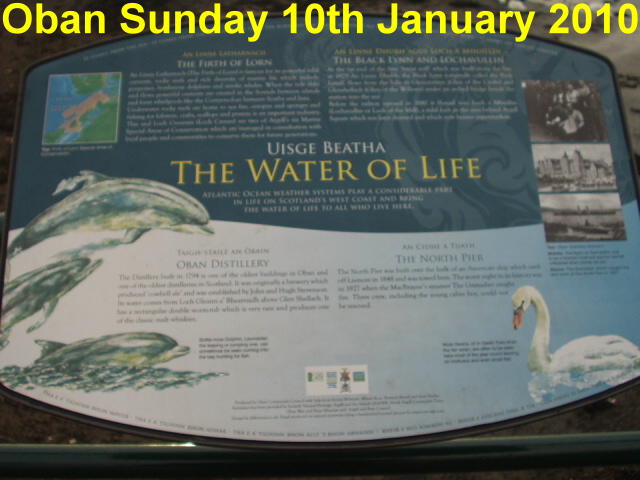 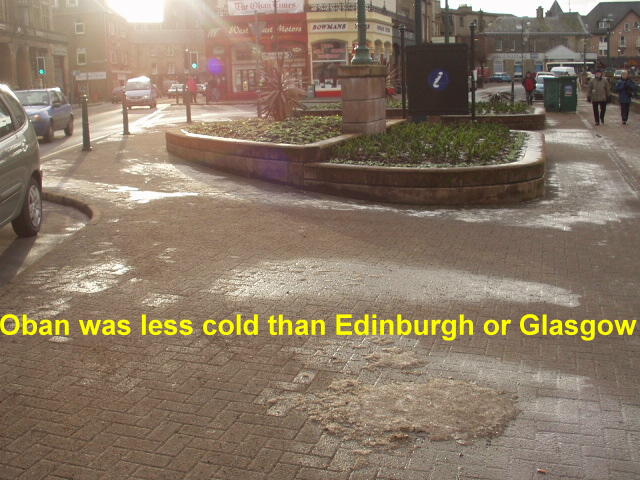 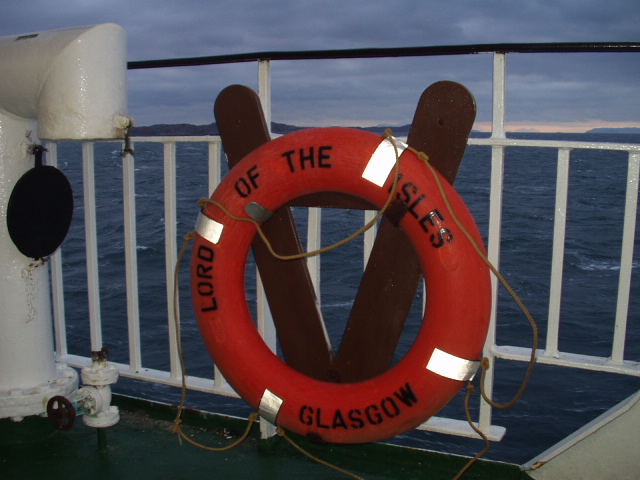 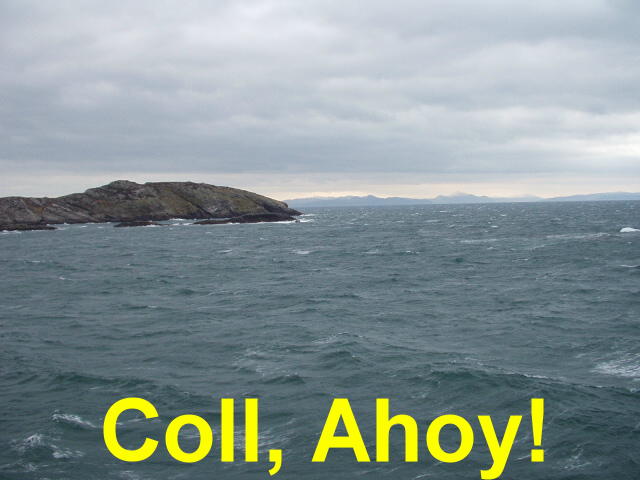 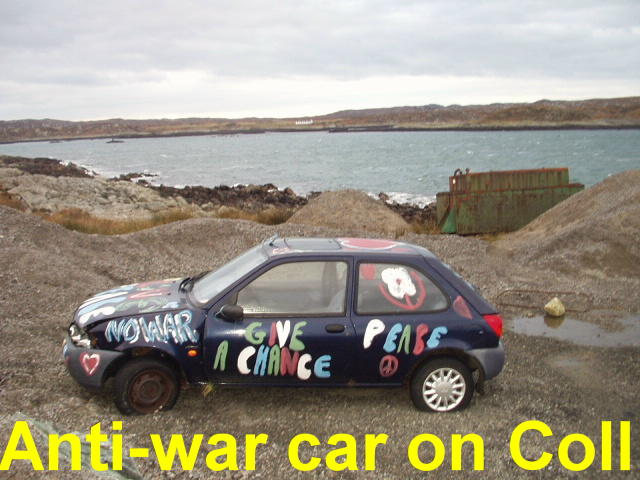 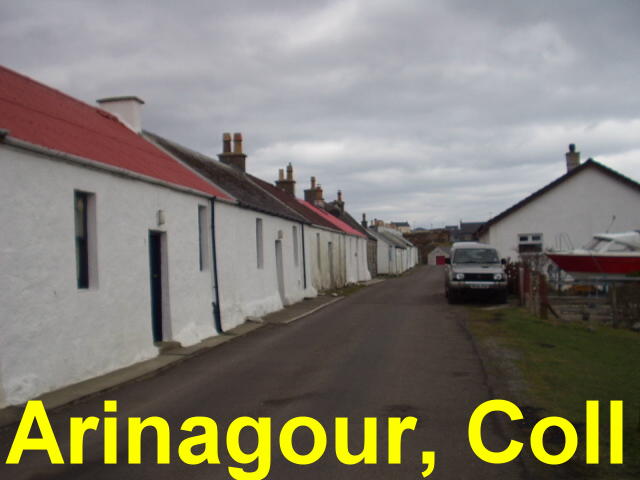 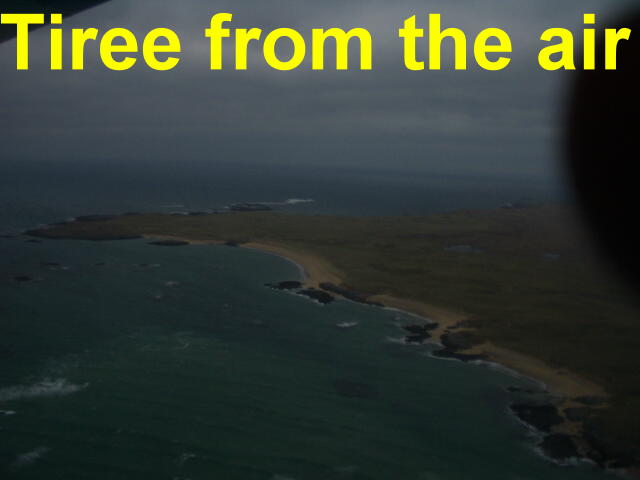 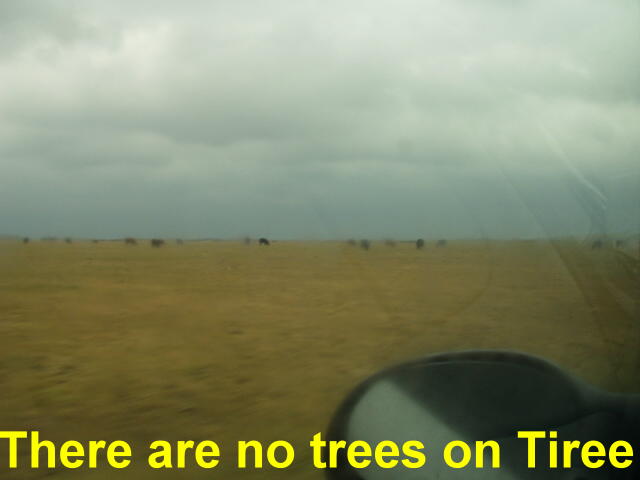 Likewise in Edinburgh's east end on a Saturday there is a Stop the War stall near the statue of the Duke of Wellington between 1.00 and 2.30pm.

Also in Edinburgh on Saturday afternoons there is a stall for Palestine outside the Waitrose supermarket in Morningside on the city's affluent south side between 2.00and 4.00pm. Details of the stall:

In Glasgow on Saturdays there is a stall for Palestine by the Glasgow Palestine human rights campaign between 1.00 and 5.00pm outside Borders bookshop in Buchanan Street. Details:

January freeze did not stop the stalls

The weather in mid January was very cold and on Saturday January 9th the temperature only got up to - 4°C in Edinburgh and - 5°C in Glasgow. The icy conditions did not prevent the normal activity of the stalls however. Photos from the Women in Black protest in Edinburgh and the Glasgow Palestine human rights campaign are included along with some photos of a stall for Palestine from last September in Edinburgh city centre.

Looking for warmer weather I went by boat from Oban, on Scotland's west coast, to visit the adjoining islands of Coll and Tiree in the Inner Hebrides. Sure enough Coll and Tiree were a little warmer with Coll reaching + 4°C and Tiree achieving a comparatively balmy + 5°C. However the wind chill factor has to be taken in to account and with winds reaching 37 knots or 43 miles per hour (classified as a 'moderate gale' on the Beaufort scale) the temperature on Tiree was largely irrelevant. While on Coll I came across a 'peace car' which had 'no war', 'give peace a chance' and the CND symbol painted on it. A photo of that remarkable vehicle is also included.

Like people on the mainland the islanders do not want war. Then again, who does? - apart from the politicians, the oil companies and multinationals, the arms manufacturers and the mass media. Sadly, while only a tiny minority of the population these plutocrats wield disproportionate power and their warmongering message is heard by the majority. The distant voices of the peace campaigners is seldom heard in the mass media which means the need for these stalls manned by unpaid volunteers is greater than ever.