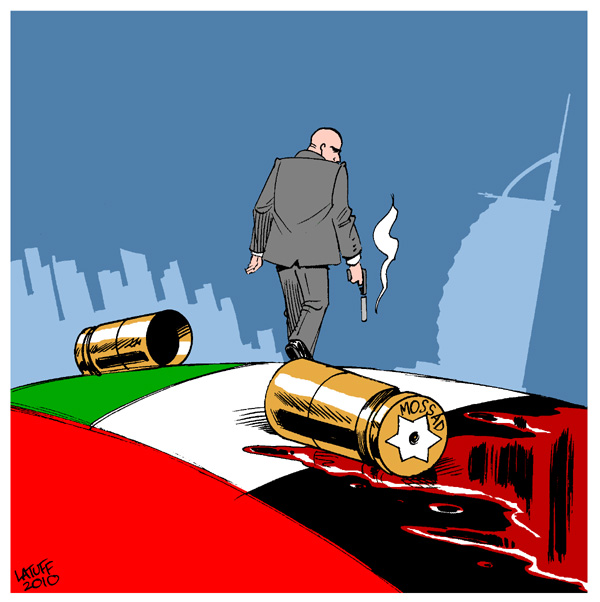 Interpol should help arrest the head of Mossad if Israel's spy agency was responsible for the killing of a Hamas commander in Dubai, the emirate's police chief said today.

In comments to be aired on Dubai TV, Lieutenant General Dahi Khalfan Tamim called for Interpol to issue "a red notice against the head of Mossad ... as a killer in case Mossad is proved to be behind the crime, which is likely now".

International pressure intensified against Israel's spy service as official "wanted" notices were released for the suspected team of Israeli secret agents accused of participating in the assassination. The faces of an 11-strong alleged hit squad appeared on the Interpol website this morning, 48 hours after authorities in the United Arab Emirates issued arrest warrants for the killing last month of Mahmoud al-Mabhouh.

We here inthe U.K. are the pro's mi friend.

We invade , conquer , loot , hang their leader live on national media outlets, destroy their infrastructure and then get them to pay us to re-build it , install a puppet regime with hysterical screams of " democracy ".

The main fella then gets a promotion to create more " peace " in the same region , and makes a few quid on the side bragging about it all.

That mi friend is not amateurish.

Can anyone remember how the Israeli 'Pro's' were conducting their business in Palestine just over a year ago?

How quickly and conveniently people forget