Gandhi Gassed in Bil In 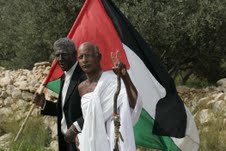 Gandhi in Bil In 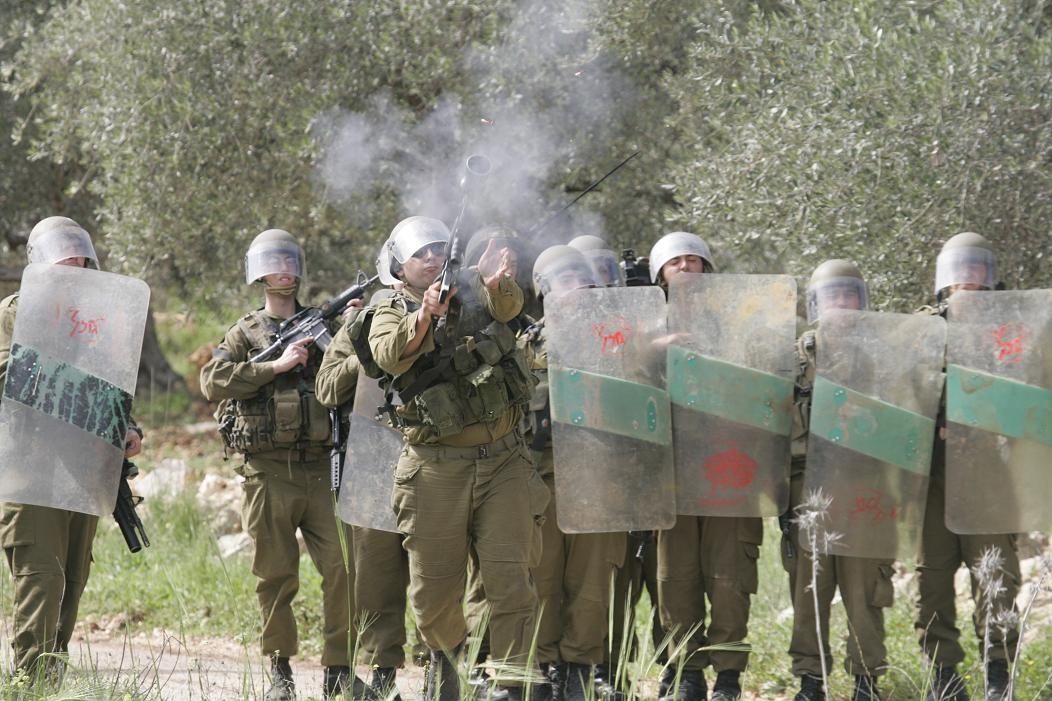 Demonstrators dressed as Mahatma Gandhi, Nelson Mandela and Martin
Luther King visited the village of Bil In today (05/03/2010) to mark
the beginning of Israeli Apartheid Week. Over a hundred people marched
to the gate of Israel's apartheid wall separating the village from its
land. A speech was given at the gate of the wall comparing the
struggle against Israeli apartheid to Gandhi, King and Mandela's
struggles against racism and oppression and calling for global
solidarity in the form of boycott, divestment and sanctions (BDS - for
info see

The demonstration included delegations from Jenin's Freedom Theatre,
the Popular Front for the Liberation of Palestine (PFLP) and Israeli
and international peace activists accompanying the residents of Bil
In.

Almost immediately the army responded by firing volleys of teargas
into the crowd. As the crowd fell back soldiers fired rubber bullets
and wheeled out their new toy, a water cannon filled with foul
smelling water. Thankfully they didn't use it.

A unit of soldiers forced their way toward the village, firing tear
gas and announcing that the area was a closed military zone.
Demonstrators defiantly remained in the area for several hours.

The demo was held to mark Israeli Apartheid Week (IAW). The 6th IAW
will take place across the globe from from the 1st to the 14th of
March 2010. Last year, more than 40 cities around the world
participated in the week's activities, which took place in the wake of
Israel's brutal assault against Palestinians in the Gaza Strip. IAW
continues to grow with new cities joining this year. For more info see

6 residents of Bil In remain in prison for their involvement in the
village's resistance against the apartheid wall. The villagers of Bil
In have been struggling against the wall for five years. In February
the Israeli military announced that the wall close to Bil In would be
re-reouted - however, this has not yet happened.The people of Bil In
have pledged continue their resistance until the entire wall is
dismantled.