Several thousand women marched through London on Saturday 6 March, taking over the street as they passed as an all-women area and calling for an end to male violence against women. The march started along London's major shopping street, Oxford Street, before going through Piccadilly Circus and on to a rally in Trafalgar Square. Photos (C) Copyright Peter Marshall, 2010, all rights reserved. 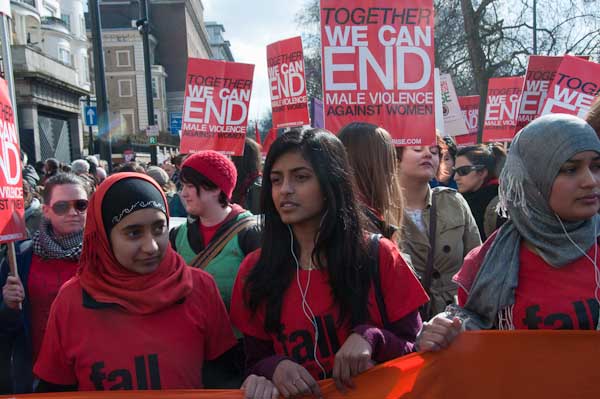 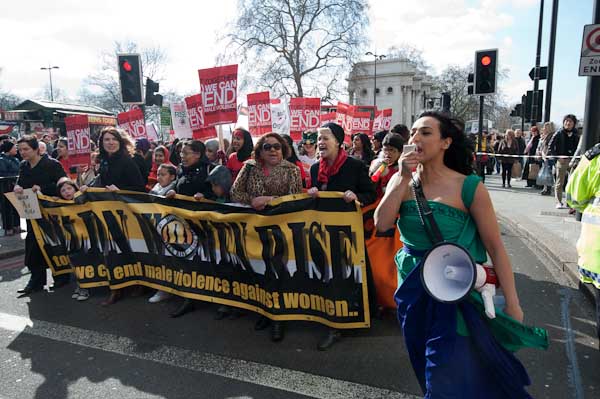 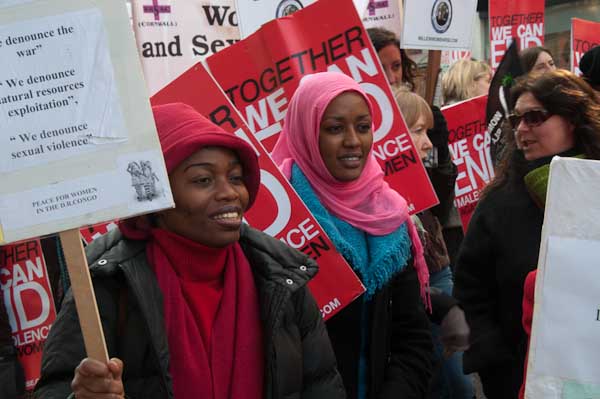 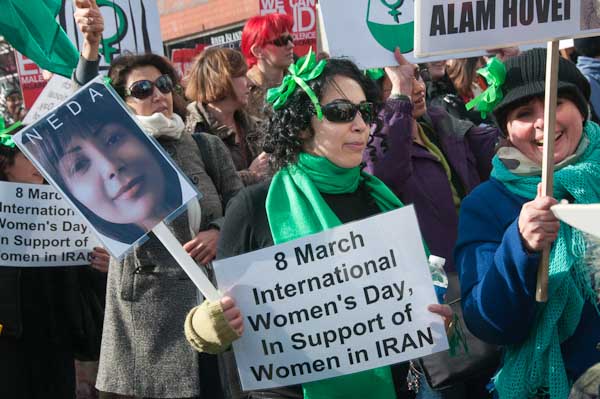 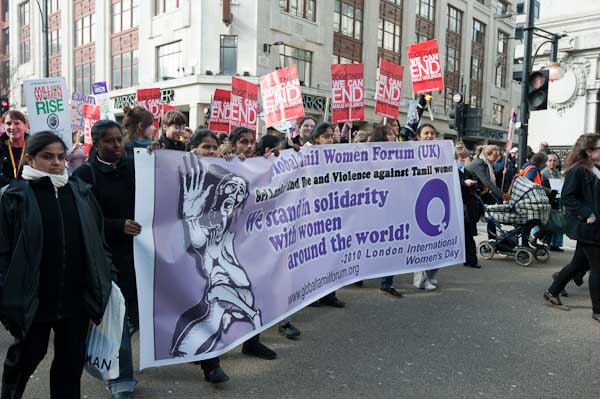 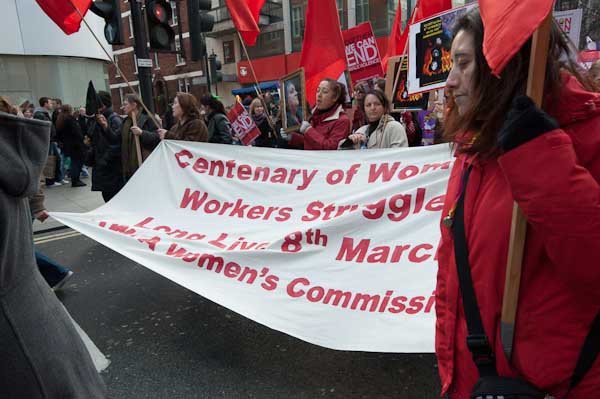 First celebrated in 1909 by the Socialist Party of America, International Women's Day was established in 1910 by the Second International following a proposal by Clara Zetkin, although the date only became 8 March in 1913 when peace rallies were held on that day shortly before the First World War. IWD rallies led to the start of the Russian Revolution in 1917 and Lenin made the day an official "holiday", although it remained a working day there until 1965. The UN adopted it in 1975 and in 2005 the TUC called for it to be made a UK public holiday. This year is being celebrated as the 100th IWD

The Million Women Rise march, on the Saturday nearest to IWD is organised by a coalition of individual women and representatives from the Women’s Voluntary and Community Sector, and it aims to "celebrate and honour women’s activism, courage and achievements and continued struggle against global male violence in all its forms."

Million Women Rise is a part of a wider international movement to end violence against women, and the flyer handed out on the march presented the reality of violence for women in the UK and internationally. In this country almost 1 in 4 women are said to have experienced some form of sexual assault and on average two women are murdered each week by a partner or former partner. A third of all teenage girls who are in relationships suffer unwanted sexual acts and one in four are the subject of actual physical violence.

Trafficking is a large-scale global industry, with two million girls between the ages of 5 and fifteen being sold into sex slavery each year. Lack of health provision is also a major problem; one woman dies in pregnancy for every minute of the year, and most of these deaths are preventable.

There were a very wide range of groups represented in the march from WI groups to radical feminists and including a some left-wing organisations.

More pictures from the event on Demotix:

and more on My London Diary in a day or two