Splitting the Sky, indigenous activist, seized by security forces in Canada last year when he attempted to make a citizen's arrest of George W. Bush will have his day in court on Monday, March 8th. According to Professor Anthony J. Hall, this case will demonstrate whether Canada is ruled by law or fear and highlight the need for new principles, the Calgary Principles to amend the victor's justice of the Nuremberg Principles, in light of the new impunities for high level crimes against humanity and the Earth in this era, and the need to protect and honor civil resistance to those high crimes. 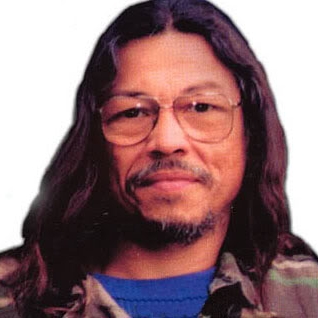 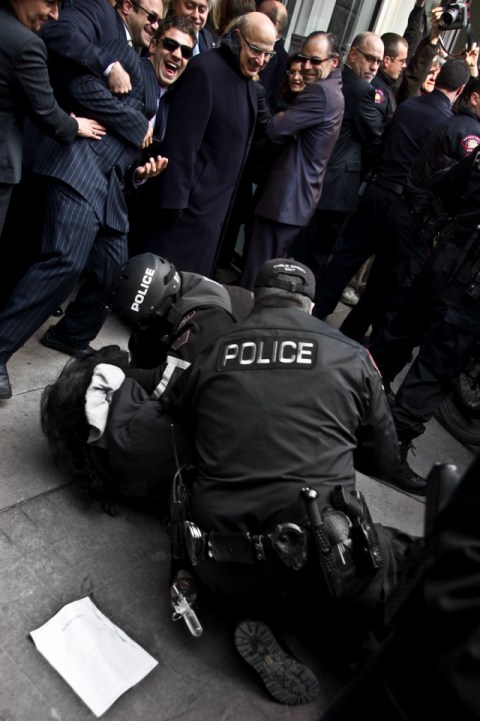 SPS versus "W" in Court Hearings in Calgary


Splitting the Sky, indigenous activist, seized by security forces in Canada last year when he attempted to make a citizen's arrest of George W. Bush will have his day in court on Monday, March 8th. According to Professor Anthony J. Hall, this case will demonstrate whether Canada is ruled by law or fear and highlight the need for new principles, the Calgary Principles to amend the victor's justice of the Nuremberg Principles, in light of the new impunities for high level crimes against humanity and the Earth in this era, and the need to protect and honor civil resistance to those high crimes.

Dacajaweiah, John Boncore, or Splitting the Sky, is not a man of few words. If you read his hefty 653-page autobiography, it is very clear that he has lived an extraordinary life and has survived more than his share of violence, to find deep within himself a well of energy and spirit enabling him to not only endure hardships, but to serve his people and the land in the timeless struggle against oppression and tyranny. From the Attica Rebellion to Gustafen Lake to Calgary in 2009, when he attempted a citizen’s arrest of George W. Bush, “Dac” has consciously taken a leadership role to politically challenge the powerful forces that dominate the North American continent. Brutally arrested for his action, he earned his “day in court” to voice not only his defense, but “to highlight the hypocrisy and criminality of the Canadian government for allowing Bush into Canada, and to firmly establish the legal defense of ‘civil resistance’, the duty of citizens to act when our governments and their agents are derelict in their duty. This will be very useful in the future to rein these criminals in.”

Prior to Bush’s visit, the Canadian group Lawyers Against the War asked Canadian officials to bar entry or try Bush for his suspected crimes since Canadian Law prohibits “people suspected of any involvement in torture or other war crimes and crimes against humanity from entering Canada for any period and for any purpose. The most recent report of the War Crimes Program affirms the necessity of barring war crimes suspects from Canada: ‘The most effective way to deny safe haven to people involved or complicit in war crimes or crimes against humanity is to prevent them from coming to Canada.’”

Lawyers Against the War and protestors implored the government to do their duty and arrest Bush. “Dac” was carrying papers detailing the evidence against George W. Bush, which he had planned to serve him with on behalf of the victims and the people of the world, and he raised his hands to show that he was “non-violent.” Dac was then thrown down, stomped on, kicked, handcuffed and led off to be brutalized in a Calgary jail.

Monday, March 8, 2010, he will have his opportunity to put forward his case and present evidence, with support, testimony and affidavits on his behalf from respected scholars, including David Ray Griffin, Peter Dale Scott, and Michel Chossudovsky, as well as from former US Congresswoman, outspoken human rights advocate, and former Green Party Presidential candidate Cynthia McKinney. Professor Anthony J. Hall, author of The American Empire and the Fourth World and founding coordinator of Globalization Studies at the University of Lethbridge, stated last December:

“Splitting the Sky’s action in Calgary highlights the abject failure of law enforcement agencies to do their job. It highlights the unwillingness of police and those who direct them to apply the law equitably and independently…

“As the Nuremberg principles make clear, the implicated law enforcement officers cannot claim in their defense that they were merely following orders in deciding to arrest Splitting the Sky rather than George W. Bush.

“I propose that the trial of Splitting the Sky presents a platform for the elaboration of a new set of juridical rules and protocols to be known as The Calgary Principles.

“It has been six decades since the UN general assembly agreed to a succinct refinement of the principles that emerged from the trial of some of the top Nazis, as well as their juridical, medical, and industrialist accomplices. During those decades, there has been an intensification of the culture of impunity that immunizes those at the top of the hierarchy of wealth and power from any legal accountability for their crimes.

“Like the Tokyo trials of the defeated leadership of imperial Japan, the Nuremberg Trials were a classic example of victors’ justice.

“As long as the power politics of victors’ justice continues to protect the likes of George W. Bush and Dick Cheney, the rule of law remains a fraud. Under present conditions, the rule of law is a sad hoax designed to disguise the role of law enforcement agencies as protectors of the ill-gotten wealth often stripped from the branches of humanity that Frantz Fanon once labeled ‘the wretched of the earth.’

“The elaboration of the Calgary Principles will have to entail the quest for new language and juridical concepts to capture the full extent and complexity of international crime in the twenty-first century...

“Consider, for instance, the nature of the crime that takes place when whole populations are sentenced to endless futures of disproportionately high rates of genetic deformity through the saturation of their mother lands with depleted uranium. Consider the nature of a crime that would see a drug company covertly introduce a new disease strain in order to market a prepared antidote of vaccine to cure the disease it had disseminated.

“What names, what prohibitions, and what punishments do we need to respond to and discourage crimes that infect populations, deform populations, and even destroy whole ecosystems, making the renewal of all kinds of life, including human life, impossible to sustain?

“Hence it can be said that these days the most important agencies of the military-industrial complex and the national security state are the media conglomerates. These agencies of propaganda for an aggressive war bombard us on a daily basis with mental missiles of psychological warfare.

Splitting the Sky’s action mirrors the actions of countless people in countless demonstrations that are taking place across the world where lives, land, forests, lakes, jobs, homes, species, and communities are threatened by powerful forces, making decisions in luxury and comfort, protected by men with guns from citizens trying to make their voices heard to protect that which they love and care deeply about. The trial will illustrate whether or not Canada is ruled by laws or by fear. Whatever happens, the struggle for truth, justice, and peace will continue.

http://www.globalresearch.ca/index.php?context=va&aid=16377 .
More details about Splitting the Sky are posted at