The “Palestinian Authority”, which is the puppet administration in the West Bank, is now allowing Israel to dictate which Palestinians may or may not be honoured by the Palestinian people. Permissible: celebration of collaborator Mohammad Dahlan’s birthday. Not permissible: any Palestinian with dignity. 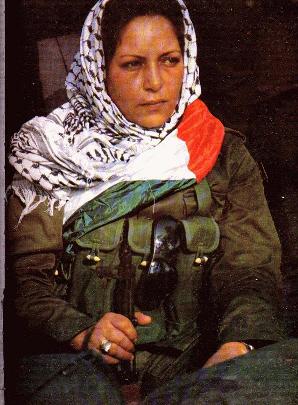 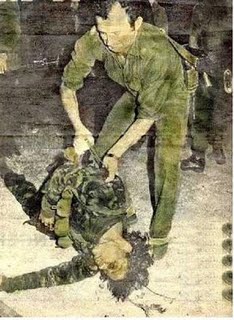 The “Palestinian Authority”, which is the puppet administration in the West Bank, is now allowing Israel to dictate which Palestinians may or may not be honoured by the Palestinian people. Permissible: celebration of collaborator Mohammad Dahlan’s birthday. Not permissible: any Palestinian with dignity.

The Palestinian Authority ordered the cancellation of a ceremony to commemorate the anniversary of Dalal al-Mughrabi’s death.

The cancellation of the ceremony planned for Thursday coincided with a visit to the West Bank by the U.S. Vice President Joe Biden, who recently declared that he considers himself a Zionist.


Dalal al-Mughrabi was a symbol of the Palestinian resistance. She led one of the most talked about attacks against Israeli forces 32 years ago. On March 11, 1978, Dalal led 11 other resistance fighters by boat from south Lebanon into northern Israel where they captured a bus and tried to drive it to Tel Aviv and ram it into the Israeli parliament.

Trapped by an Israeli army unit led by the young Ehud Barak, Dalal declared an independent Palestinian state and fought for some dozen hours before destroying the bus and many of those inside. Dalal’s attack killed some 70 Israelis.

Ehud Barak, who is the current Defence Minister of Israel, was seen on TV shooting bullets at her dead body, dragging her on the ground, unclothing her and fondling her breasts. He stuck the bayonet of his rifle into her body, as well as performing other atrocities on intimate parts of her body

Dalal has been reported on in the U.S. press before and they usually mention - and in cheering and hero-lionizing prose - that Ehud Barak killed her, but never mentioned the disgraceful and crude manner he treated her afterwards.

If an Arab and/or Muslim had treated a Jewish woman like that, even a ‘terrorist’, they’d never fail to mention that fact and would usually follow it with some bullshit ‘analysis’ about how this reflects misogynistic treatment of women in Arab-Islamic culture, how Arab men are sexists and how he was trying to dishonour her in a culture obsessed with ‘sexual honour’.


Dalal al-Mughrabi, the 20-year old woman, who had never seen her homeland until the moment of her death, was born in the refugee camp of Sabra in Lebanon in 1958.

Three decades after her death, Dalal is still seen by Palestinians and Arabs as a hero and an outstanding resistance fighter. According to her mother, who was speaking to an Arabic TV channel:

“Dalal will never be forgotten as she will remain an admirable symbol of the Palestinian women's struggle and an example to be emulated by young Palestinian men and women who will pursue the armed struggle until the liberation of Palestine.”