Kurds Call for Release of Children from Turkish Jails

Around a hundred people protested this afternoon (12 March) outside the Turkish Embassy in London against the 8 year sentence for 15 year old Berivan Sayaca for allegedly throwing stones at police vehicles during a demonstration. Photos (C) 2010 Peter Marshall, all rights reserved. 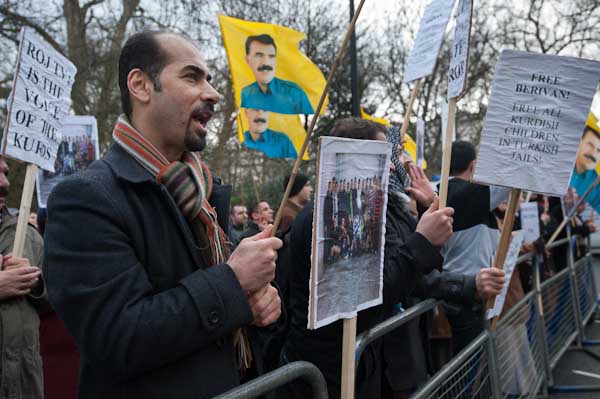 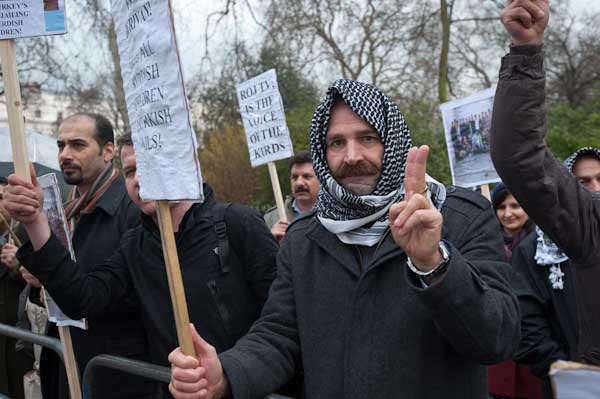 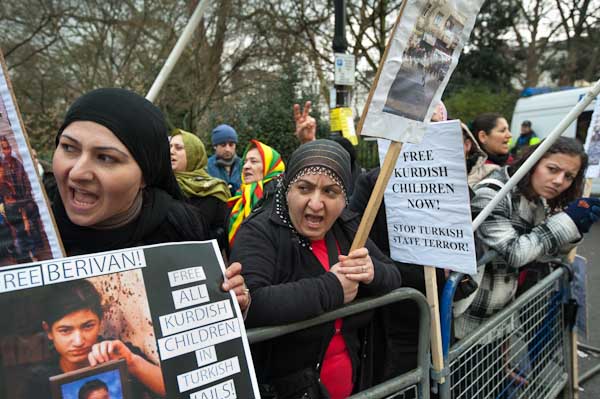 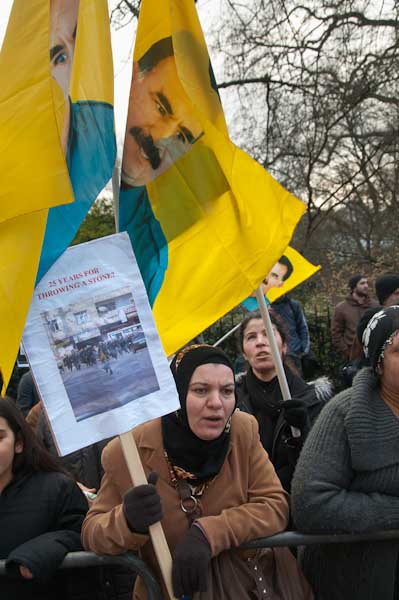 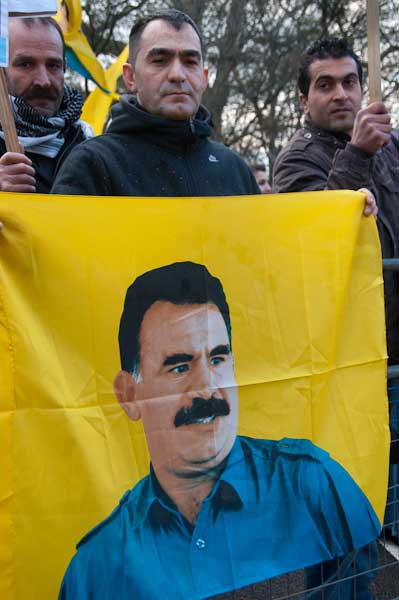 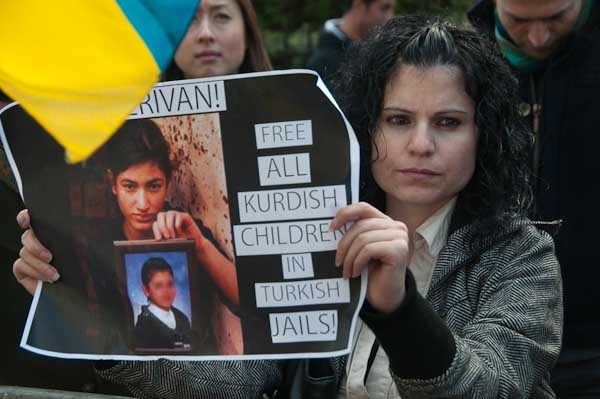 The protest was organised by the Free Berivan Committee and most of those taking part on a damp Friday afternoon were from the Kurdish community in London. As well as placards demanding Berivan's release, some had pictures of Turkish atrocities, while others waved flags with an image of Abdullah Ocalan, held in solitary confinement on a Turkish island since 1999, and recognised by many Kurds as the leader of the Kurdish people.

The protesters demanded that Turkey recognise its obligations under the UN Convention on the Rights of the Child and the European Convention on Human Rights (ECHR) and release the fifteen year old Kurdish girl Berivan Sayaca and all other Kurdish children currently held in Turkish jails.

Turkey has over the years been the worst violator of the 47 states that have signed the ECHR, responsible for roughly one fifth of all violations. In 2009 there were 347 negative rulings against Turkey, 21% of the total, most commonly for violating the right to a fair trial, although there were 30 condemnations for inhumane or degrading treatment.

Kurds are treated as second-class citizens in Turkey, and suffer disproportionately from injustice and abuse. Berivan was detained at a rally in support of the banned Kurdistan Workers Party (PKK) last October in Batman, a city in southeast Turkey.

Berivan denies throwing stones and has stated she was not a part of the demonstration but had simply stopped to watch on her way to visit her aunt. She is reported as saying "When they arrested me they beat me up a lot. I don't understand why they treated me like this. I am very upset here, I am in pain here" and she confessed to the crimes of throwing stones, attending the unlawful meeting and spreading propaganda for an illegal organisation only after these beatings.

She was tried under anti-terror legislation introduced in 2006, which allows courts to try juveniles as adults and pass sentences up to 50 years. Here original sentence of 13 1/2 years was reduced on appeal to 7 years 9 months because of her age. She is just one of 737 minors who have been charged under these anti-terror laws, and just one of 2,622 children currently held in Turkish jails.

and soon on My London Diary