The notorious Mike Sutcliffe (manager of has banned another Abahlali baseMjondolo march. We have, as always, scrupulously followed the laws that govern protest and we have informed the City in good time that we intend to march on Jacob Zuma on 22 March 2010. Yesterday the march convenor, Troy Morrow from the Hillary AbM branch, was verbally informed that permission to march has been denied. The excuse that has been given this time is that the City does not have enough police officers to be able to ensure security at our march. 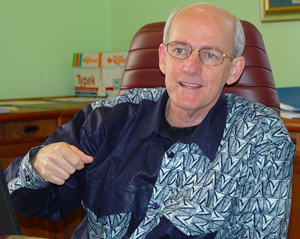 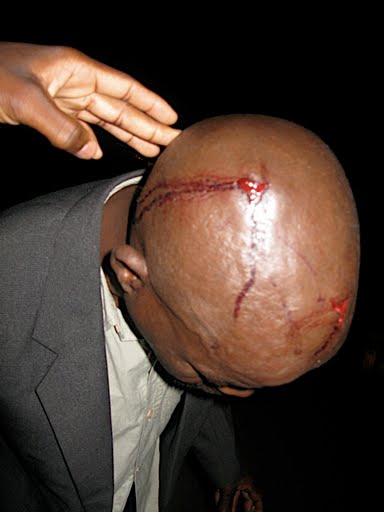 We know that all decisions about marches in Durban pass through Sutcliffe’s office. We also know that he has a long history of illegally banning our marches and of endorsing violent police attacks on our peaceful marches.

As always the excuse that has been given this time has no legal basis. The Gatherings Act does not allow City Managers to ban marches. In fact it does not even allow them to issue permits for marches – that was only allowed under old apartheid legislation. The Act only requires us to inform the City of our intention to march. They have no right to ban our march. Public protest is a cornerstone of democracy and democracy is not negotiable. It is a permanent and non-negotiable right for everyone. The job of the City is in fact to facilitate our right to march.

The City uses all kinds of tactics to undermine our right to march. They create long delays before responding to us when we inform them of our intention to march. Often they only issue their permits (a practice that has no basis in law) the day before a march or on the same day of the march. This is a tactic that is used to undermine our mobilisation.

Using verbal bans is another tactic that they use to try and demoralise us. By issuing verbal bans they hope to set us back without committing their illegal action to paper.

We have taken Sutcliffe to court before after he issued an illegal ban of an AbM march. We won that court battle. We are prepared to return to court again and to, once again, ask a judge to interdict Sutcliffe from his ongoing and systematically unlawful attempts to deny us our basic democratic rights. We are also prepared to engage in serious and sustained political mobilisation against Sutcliffe and in defense of what is left of our democracy.

We are calling for Sutcliffe’s immediate dismissal from his post on the grounds that he has made himself a determined and ruthless enemy of our democracy. We are calling on our alliance partners, the movements with which in are in soldarity around the world, all progressive organisations, and anyone who feels that our democracy should be defended, to join the call for Sutcliffe’s immediate removal from his position. We are calling for our comrades to picket any meeting or organisation that hosts Sutcliffe if he visits their city - whether it is Johannesburg, Cape Town, Rio, Istanbul, London, Miami or New York. Let there be no shelter anywhere in this world for the enemies of democracy. We are very clear that the enemies of democracy are also the enemies of the poor.

After the violent state backed attack on our movement last year this banning of our right to march makes us wonder if we are now a banned organisation?