Case of Tristan Anderson may be reopened, adding to Israeli PR 'nightmare'

Add this development to what Mel Frykberg at Inter Press Service calls Israel’s growing “public relations nightmare”: renewed attention to the near-fatal shooting of American activist Tristan Anderson. Just as the media spotlight is glaring down on Israel because of a civil trial in the killing of American peace activist Rachel Corrie comes a decision by Israel’s Justice Ministry to reinvestigate the shooting of Anderson. 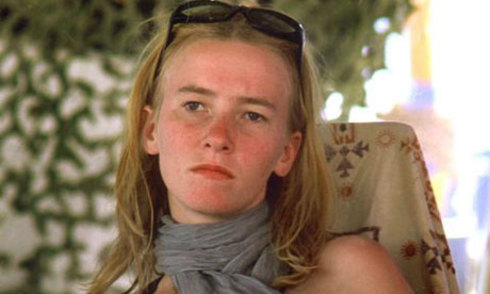 Anderson has been in critical condition in a Tel Aviv hospital for a year since he was struck in the head by a high-velocity tear gas canister fired by Israeli troops while he was demonstrating against the illegal separation wall in the West Bank village of Ni’lin. An activist with the International Solidarity Movement, Anderson suffered life-threatening injuries to his brain.

Last December, Israel decided to close the investigation after a probe concluded there was “a lack of criminal culpability,” according to Haaretz. However, the Anderson family’s attorney, Michael Sfard, said that the Israeli investigators never visited the scene of the shooting and didn’t even question the Border Police unit that had fired at Anderson. Haaretz reports that now “the case, according to Ron Roman from the Justice Ministry, has been transferred to a ministry appeal committee in Jerusalem, which ‘will look into the facts in an earnest manner and may reverse the decision to close the case if it finds the evidence compelling.’”

Jewish Voice for Peace’s blog The Only Democracy in the Middle East? has more on the case from former San Francisco Chronicle columnist Henry Norr:

The Israeli authorities have done their best to sweep the case under the rug. Last August the Ministry of “Defense” declared the incident an “act of war” – a classification that, under Israeli law, relieves the state of any liability – and in December the Ministry of “Justice” decided to shut down its investigation into the case, on the grounds that the police had found “a lack of criminal culpability.”
Early this month, however, Anderson’s parents filed an appeal against the closing of the case. Their attorney, Michael Sfard, cited “severe negligence in the work of the investigation team,” pointing out that the investigators had never even bothered to visit the scene of the shooting and that the Border Police unit they questioned was not the unit that had fired at Anderson.
“The astonishing negligence of this investigation and of the prosecutorial team that monitored its outcome is unacceptable, but it epitomizes Israel’s culture of impunity,” Sfard said as he released the appeal to the press. “Tristan’s case is actually not rare; it represents hundreds of other cases of Palestinian victims whose investigations have also failed.”
Sfard’s detailed dissection of the glaring flaws in the police investigation evidently embarrassed the Ministry of “Justice” into an unusual retreat: a spokesman told the Israeli newspaper Ha’aretz that in light of the appeal, the ministry would “reexamine” the decision to close the inquiry.
Meanwhile, activists both in Palestine and in the United States continue to champion Anderson’s case, not only to seek justice for him but also to expose the violence and injustice inherent in the Israeli occupation. At the latest weekly demonstration against the Wall in Bil’in (not far from Ni’lin, the site of the shooting), Palestinian, Israeli, and international demonstrators carried posters of Anderson, according to participant Roy Wagner.
And on Monday, March 15, friends of Anderson and other Bay Area supporters of justice in Palestine plan a noontime demonstration in his name at the Israeli Consulate in San Francisco. Characteristically, the U.S. government has made no public – and probably no private – effort to demand accountability for the injury to Anderson. His own Congresswoman, Barbara Lee, said nothing about his case for several weeks after the shooting, but finally, in response to pressure from constituents (including an op-ed by this writer in the Berkeley Daily Planet), she reached out to Anderson’s parents and made a statement on the floor of the House demanding an investigation. 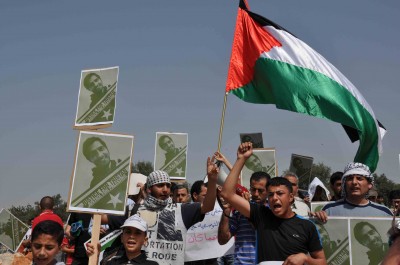 On Friday, March 13th, the one year anniversary of the critical injury of international activist Tristan Anderson, approximately 100 Palestinians, Israelis, and internationals gathered for the weekly demonstration in Ni’lin to claim justice for Tristan. Anderson, a 38 year old U.S. citizen who was volunteering with the International Solidarity Movement, was hit in the forehead by a high-flying tear gas projectile during a demonstration in Ni’lin last year. The projectile was fired against IOF regulations, as soldiers shot the canisters directly at demonstrators rather than in an arcing fashion. According to the manufacturer of the tear gas canisters, the projectile was designed to penetrate walls and to be used in confined spaces; neither was necessary at the open-air demonstration demonstration in 2009. Tristan sustained serious brain damage, and remains hospitalized in Tel Aviv, his condition too serious for him to be moved home to the US.


In Ni’lin, midday prayers took place in the shade of olive trees, creating a picturesque setting. Afterwards, demonstrators marched firmly through the fields towards the metal gate in the concrete Apartheid Wall, while chanting and holding banners supporting Tristan. Three farmers brought their donkeys along in hopes of reach their farming land beyond the Apartheid Wall.

Ni’lin has lost about a third of its land to illegal Israeli settlements and the Wall. Only a limited amount of villagers have permission to access their lands behind the Wall, most of them elderly persons who do not have the physical capacity to farm. On Friday, all farmers were denied access to their land. While the crowd was overtaken by a viciously strong tear gas attack, soldiers passed through the gate. One of the farmers was brutally separated from his young son and arrested. Simultaneously, an Israeli activist was arrested while taking pictures.

After approximately 15 minutes the army invaded the village to surround the demonstrating crowd, plaguing the crowd with tear gas and sound grenades. The demonstrators approached the Wall again, holding up banners and chanting, which was answered by the army with more ammunition aimed directly at them. Clashes between the IOF and demonstrators continued for two hours until the army withdrew from the village.