4.30am police raid that shook a father’s faith in land of free

THEY came for his son in the dead of night. Masked men dressed in black, pushing, shoving, barking orders.

Badi Tebani was sleeping in his bed with his wife at about 4.30am when his door was smashed in and 20 men piled into his home in Finsbury Park.

Speaking to the Tribune yesterday (Thursday), he said: “I heard lots of voices – and the voice of my son. Cries for help. Shouting. I thought it was burglars come to steal from my house. But it was the police.” 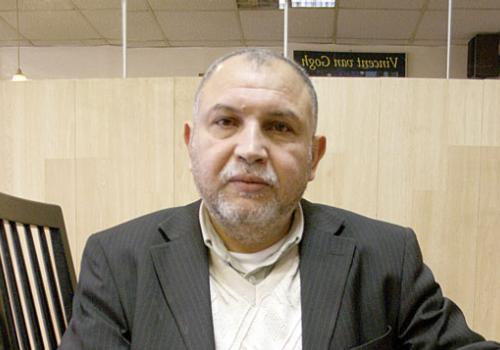 He added: “They came into my bedroom while I was sleeping with my wife. They were wearing masks and helmets. They handcuffed my children.

“In my tradition, to come into a bedroom while you are sleeping with your wife...” He breaks off, and rubs the side of his face, eyes wild with disbelief.

“I am diabetic. I needed my insulin – but the police refused to get it for me from the kitchen. They just told me to stay in my room.”

Mr Tebani, 54, an Arabic teacher, did not know it then but his 18-year-old son Yahia was being arrested for joining a demonstration outside the Israeli Embassy against the sustained bomb attacks on Gaza in January 2009.

Yahia, a former pupil of City and Islington College, was studying for a media degree at Kingston University and had joined the protest to make a film for his coursework. But he became embroiled in a stand-off with police, hurling a few placard sticks towards them as they lined up in full riot gear outside the embassy.

He pleaded guilty to violent disorder and is awaiting sentencing at Isleworth Crown Court next Friday. His solicitor has warned him to expect an 18-month sentence.

His father, who prays at Finsbury Park mosque, said: “I said to the police: 'These are my sons. They are not terrorists. Why come with such big force?' I would have brought them to the police station if they had asked me to. I respect the law. I do not like what he did. I didn’t agree with it.”

Most of the young Muslim men and women arrested after the demo pleaded guilty to violent disorder. Yahia was coaxed into following suit, but was not aware that anyone entering that plea would receive automatic prison sentences of between 18 months and two years.

Mr Tebani is concerned that his son will find it difficult to get a job – Yahia was considering a television career – now that he has a criminal record. Mr Tebani said: “This was nothing like what happened at G20. They are making an example of us. They are saying: ‘Think before you protest against Israel.’

“I have always said to my sons: ‘We are not in Algeria or Egypt, where protests are not allowed. We are in England, where democracy was born.’ I like this country. I feel safe. My sons can say and do what they want. In my opinion, it is the best place for people to be free.”

He added: “I like the police. They do not have guns here – that is something I like. But now when I see police I feel worried. I never, never believed the police in this country could do that.”

Yahia is one of about 80 mainly young Muslim men and women arrested in similar home raids three months after the demonstration. The majority have already been sent to prison for 18 months to two years. Judge John Dennis has said he is handing down the heavy sentences as a “deterrent” but Islington North Labour MP Jeremy Corbyn has called them “unusually harsh” and “disproportionate”.

He lodged an Early Day Motion on Monday calling for an independent inquiry. It read: “That this House acknowledges the right of the citizen to express lawful views about the unlawful acts of others at peaceful demonstrations; notes the disproportionate and unusually harsh sentences imposed on many young Muslims, most of exemplary character, who demonstrated against the Israeli attack on Gaza in December 2008 and January 2009; and calls for an independent inquiry into the conduct of the police and public and the unwarranted collective conduct of the courts relevant to these demonstrations.” The motion had been signed by 31 MPs when the Tribune went to press last night (Thursday).

Bruce Kent, former general secretary of CND, who was at the protest, said: “I don’t know why there isn’t absolute outrage. All this will solidify in people’s minds the idea that there is persecution of Muslims.”