https://www.indymedia.org.uk/en/2010/03/447891.html where there's a good video, but it's descended into usual tangential comment nonsense! 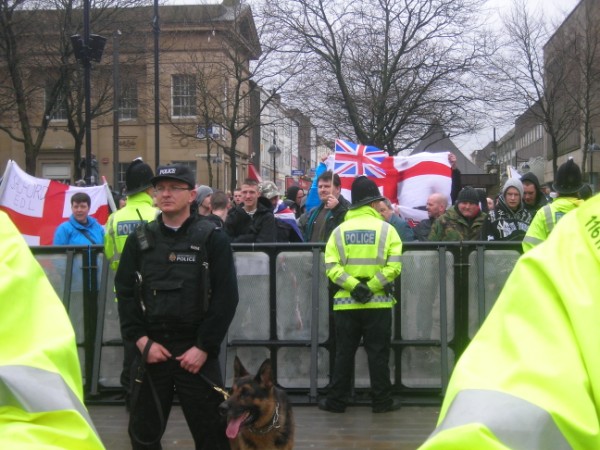 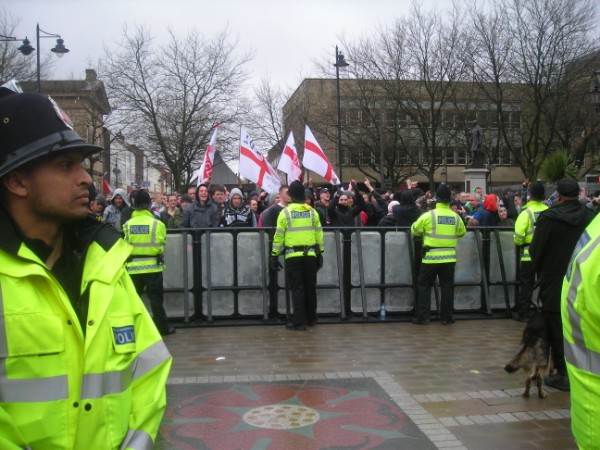 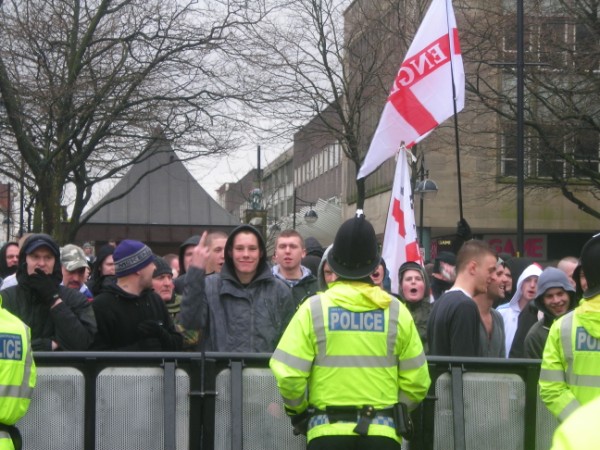 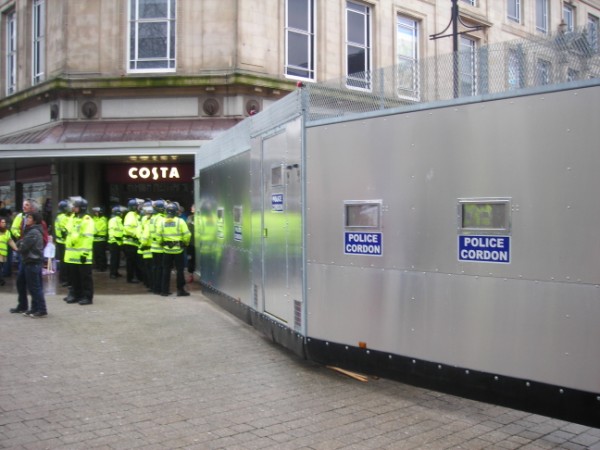 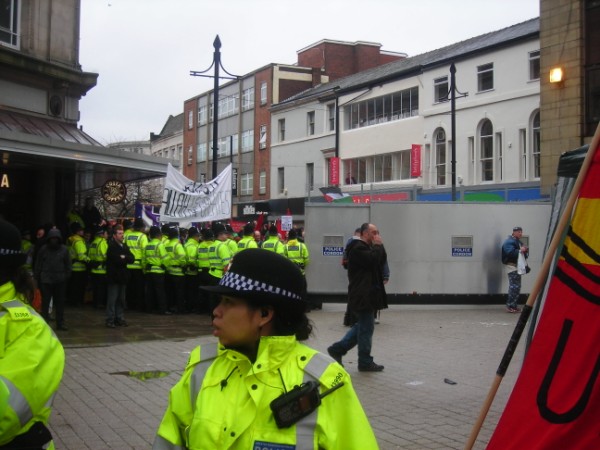 The police used a standard mix of cops in riot gear, and not; they used snatch squads to go right into the crowd to nick pre-identified individuals; they used evidence gatherers, cameras on sticks to see into the crowd, and didn't let everyone join the main demo; they used lines of police backed up with cops with dogs to hold sterile space behind police lines in case anyone got through, and to help keep the two crowds apart.

There was also the usual focus on the anti-fascists, and not the EDL who were allowed unchallenged to Zieg Heil, throw lighters, rape alarms and more at the UAF, and were able to have nice chats with friendly Bobbies. The police also did their usual, though perhaps more polished/pre-planned press releasing about the nasty violent antifa thugs. The EDL had also evolved their use of flags to try to counter their racist tag. There were a relatively large number arrested, especially as this was also pretty stage-managed with a peaceful crowd later reacting to snatch squad tactics.

Interestingly, there are some tactics and kit which appear new (though do say if you've seen them used before - how and where please).

It was all highly stage-managed. As people arrived in the square, there was an electronic sign that told you which way to go, depending on if you were UAF or EDL. You passed first through police lines and new 'cordon fencing' (puns based on cordon bleu and thin blue lines welcome!), then through gaps in Harris fencing also controlled by lines of police. Between the two crowds in the middle of the square was new deluxe crowd control barriers, with police, and dogs in between. So the whole square was sealed off at the outer edges with cordon fencing, high solid metal with small windows, plastic flaps at the bottom, and topped with anti-climb/cut fence panels. Then inside that were two Harris fencing enclosures for the two crowds, with gaps in also sealed by police, and the middle/facing sides of these enclosures was the lower new deluxe crowd control barriers.

All the roads leading off the square were either completely blocked by the new cordon fencing, or left a gap at one end, filled with police; there was one street that was not blocked at all, except by cops on horses.

Hopefully the pictures are useful.

It would only be conjecture to try to figure out if these public order tactics are local (ie they haven't taken on board the G20 lessons like the Met police have), they are specific to anti-fascist mobilisations & nationally decided, or if they are a national evolution post-G20 to public order situations.