The Metropolitan Police have been forced to admit that the raid on the G20 convergence centre last April 2009 were illegal.

They have been forced to pay compensation to the falsely arrested but still refuse to apologise. 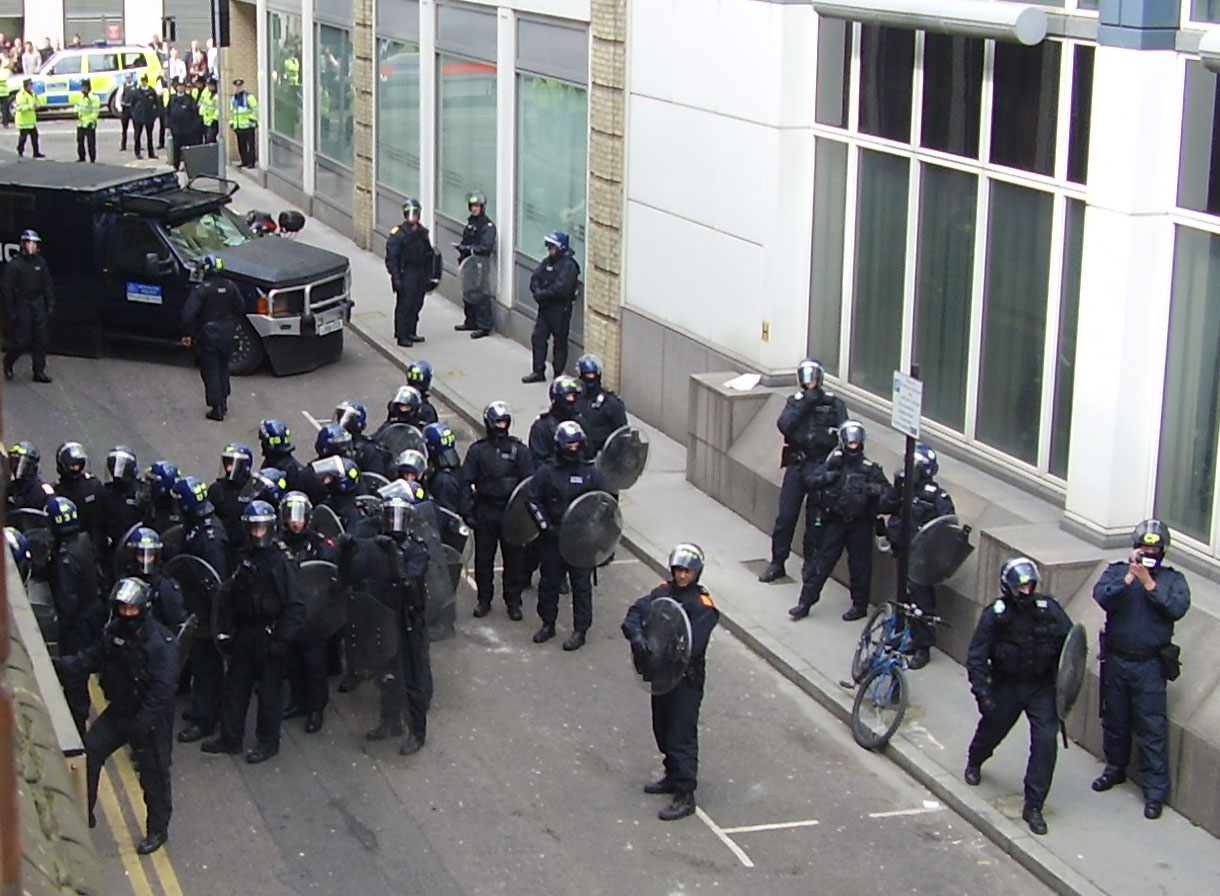 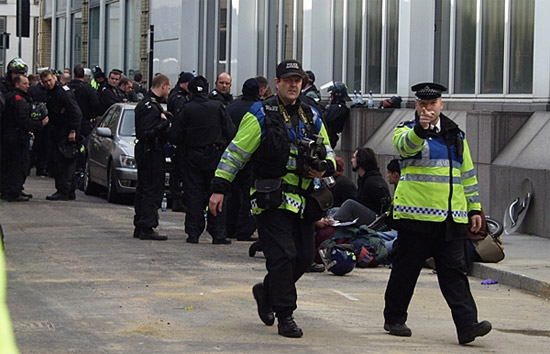 Taken from the excellent blog:

A BRUTAL police raid on a London protest convergence centre was illegal, the force has been forced to admit.

But arrogant police chiefs have refused to apologise to those on the receiving end, despite requests by lawyers.

Reports Channel 4 News: "The Metropolitan Police are facing a compensation bill of £250,000, after admitting a raid on a climate change group the day after the G20 protests in London last April was illegal.

"The Met Commissioner admitted it was unlawful to arrest, search them, and force them to be recorded on film, but he refused to apologise to the protestors.

"This was the day after the big city G20 demonstrations. A large convoy and a heavy handed police presence took up positions around a disused office block.

"Senior officers claimed intelligence had picked out some of the more violent protestors who overnight had used the building as a squat.

"As police burst in, the majority of the 70 demonstrators simply sat down. There was no resistance.

"One person was caught behind a door and threatened. Another officer trained a 50,000 volt taser weapon on the group sitting down. They had come prepared for trouble but there was none.

"Today the Metropolitan Police Commissioner agreed to pay £3,000 compensation each to two of those demonstrators and admitted the operation was unlawful because there were no reasonable grounds for suspicion.

"Stephen Grosz, the claimants' lawyer, told Channel 4 News: 'We did ask for an apology (from the commissioner), we asked first of all for a public apology to be made to all those who had been arrested. That was turned down. We then asked whether we could have a private apology addressed to the two individuals whom the Commissioner recognised had been unlawfully arrested, but no apology was forthcoming."

"The Met response was to say admitting liability is enough.

"The raid was also armed with photos of suspects from the previous day. Every protestor was filmed by an officer from FIT, or the Forward Intelligence Team, but what forced the Met to concede was that not one of them, contrary to intelligence, matched any of the photos.

"The Met's now facing a bill for at least a quarter of a million pounds if all 70 demonstrators lodge compensation claims against this illegal police operation, which was described one of the successful claimants as over the top, unnecessary and disproportionate."