Around 500 Ford/Visteon former workers and their supporters marched through London to demand the return of their pension funds stolen when Visteon closed its UK plants a year ago. London, UK. 31/03/2010. Photographs copyright (C) 2010. Peter Marshall, all rights reserved. 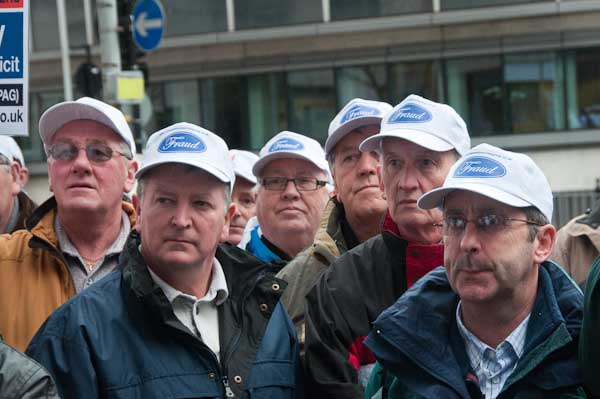 In 2000 the Ford Motor Company decided to split off some of its parts factories as Visteon, then stated to be 'An Enterprise of Ford Motor Company' but later sold off. On transfer to Visteon the employees were given a firm undertaking that their conditions and pensions would remain exactly the same as they had been with Ford. During the rally opposite the Houses of Parliament, one of the former workers from Enfield held up the 'Blue Book' - Ford's 'Agreements and Conditions of Employment' and its replacement, identical except for its 'tangerine' coloured cover and Visteon logo.

The actual words of the agreement made with the workers by Ford in 2000 stated: "Accrued seniority and existing terms and conditions, in particular pension entitlements, will be transferred to the new employment contracts. For the duration of their employment, terms and conditions of existing Ford employees, who transfer to Newco [Visteon] will mirror Ford conditions (inc. discretionary pensions in payment increases) and in their respective countries (lifetime protection)."

A letter from Visteon UK Ltd to employees dated 30 January 2001 included the promise "If you join the Visteon UK Pension Plan…..you will receive the same pension benefits as you would have received from your Ford Pension Fund based on the current and future provisions of that scheme."

Some of the pensioners had paid into the Ford pension scheme for 30 or 40 years and now have lost up to 50% of their pensions, as Ford/Visteon have reneged on these "cast iron" guarantees and the 3000 former employees now have to rely on the less generous government Pensions Protection Fund.

A year ago, workers at the Visteon factories in Belfast, Enfield, Swansea and Basildon were told Vistoen had been closed down and were given 6 minutes to leave the site. Workers in Belfast and Enfield responded with factory occupations and sticking these out with the support of their union, Unite, after a month of struggle forced Visteon/Ford to give them the redundancy pay they were entitled to under their agreements with the companies.

The pensions were not covered by the agreements reached at that time, and the battle by Visteon ex-workers to get their money back continues.

Around 500 of them gathered outside the Unite headquarters in Holborn at noon, and after some short speeches while waiting for the last coach to arrive set off to march to Downing St, led by Unite’s National Officer for Motor Components, Roger Maddison, proudly wearing his gold medal from the Belfast Visteon occupation, and Rob Williams of the Visteon Pension Action Group from Swansea.

Many of the marchers wore hats and t-shirts with the Ford logo, but with the name replaced by the word 'Fraud', which succinctly expressed their view of the company's action.

At Downing St, there were some problems in delivering their petition; it does now seem unnecessarily complicated and difficult to get access to our elected government, hiding away behind their tall gates and high security. Its both an expression of and doubtless fuels their paranoia over terrorism far in excess of the real threat.

The marchers went on to a rally in Parliament Square which was addressed by Maddison and Williams as well as other former Visteon workers, as well as by Basildon and East Thurrock MP Angela Smith and Plaid Cymru Assembly Member Bethan Jenkins who had joined workers on their early morning coach journey from Swansea. A long list of MPs had sent messages of support - and there was also one from Tony Benn as well as several prospective candidates and local councillors.

On behalf of Unite, Roger Maddison said: "The Visteon pensions story is another example of the ugly face of global capitalism playing dirty with people’s financial security in old age. Unite will pursue this through the courts, if necessary, to get justice." They are demanding that Ford meet its pension obligations of £350 millions to its former employees.

He was able to report a meeting with Pensions Minister Angela Eagle the previous day and some kind of official enquiry into this pensions scandal seems likely.

http://www.demotix.com/news/291129/fordvisteon-ex-workers-march-pension-justice
and in a few days even more on My London Diary:

The pictures that got missed off before 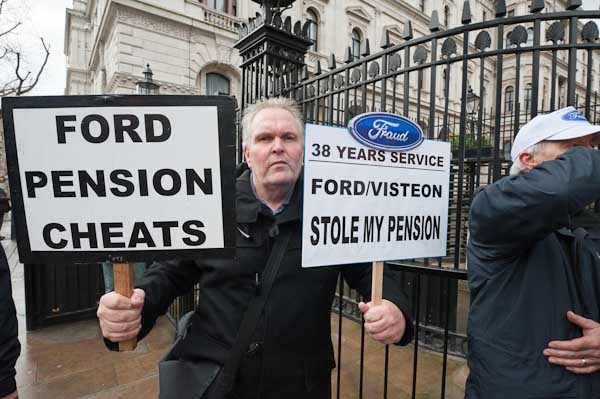 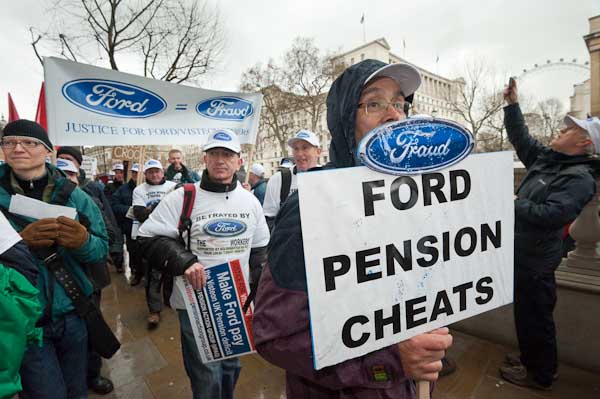 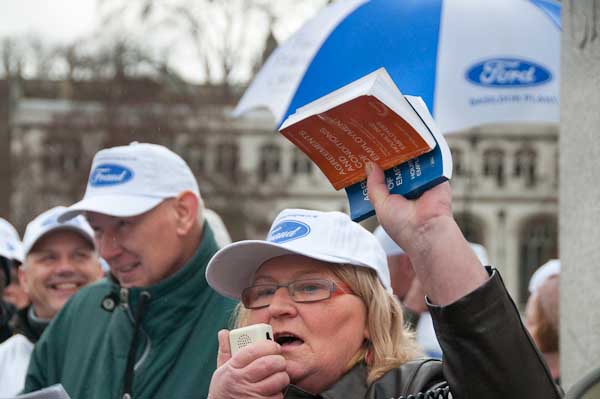 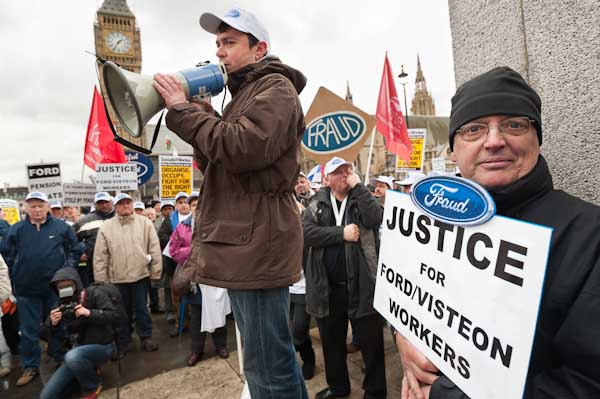 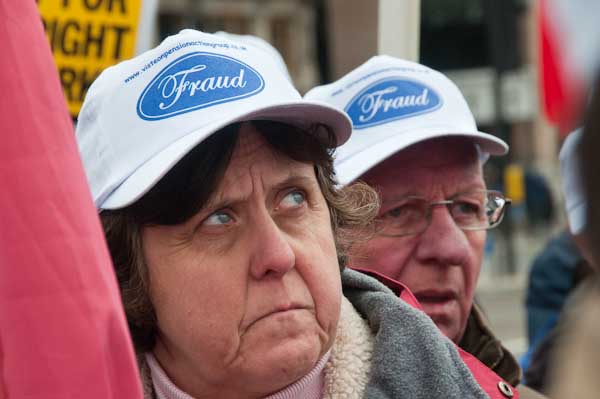 For some reason the form submitted itself before I had added these.

Caption to the first should have been: Workers outside Unite offices