Activists from Bristol and Bath Rising Tide visited the Shell garage in Muller Road, Eastville at 8.30am yesterday to highlight the repression experienced by communities in County Mayo, Ireland who are trying to stop Shell building an onshore high pressure pipeline and gas refinery. 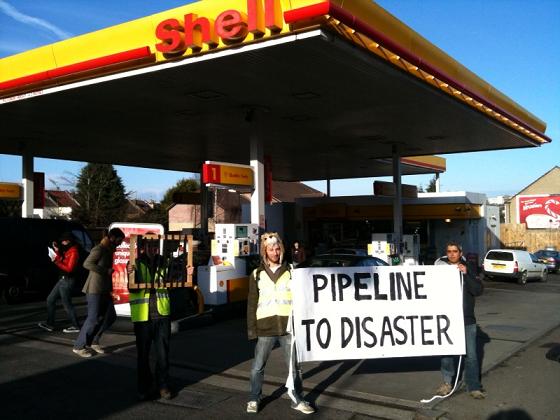 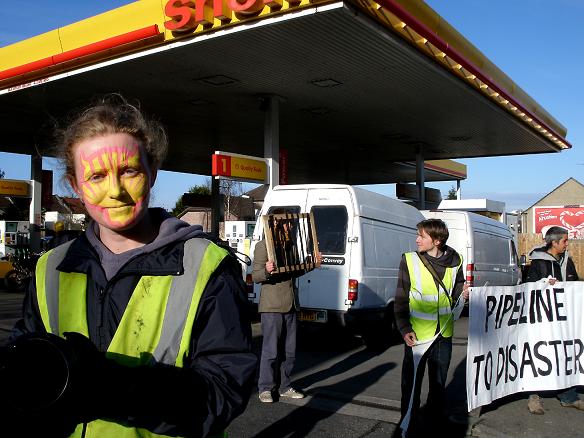 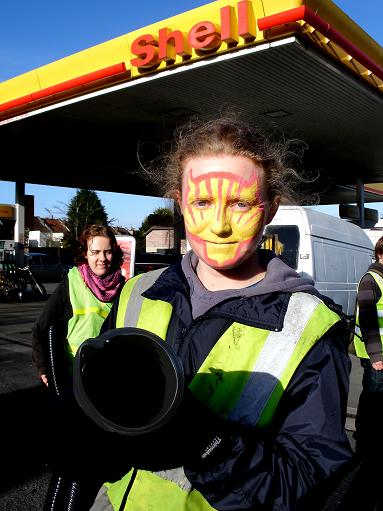 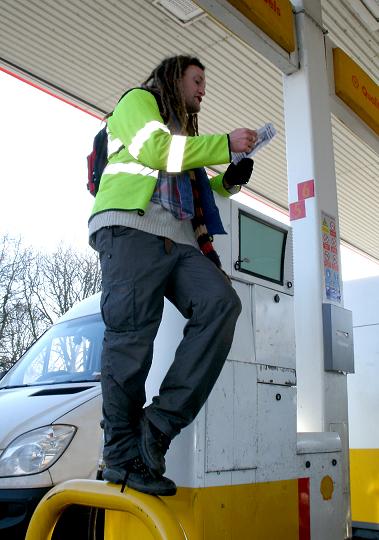 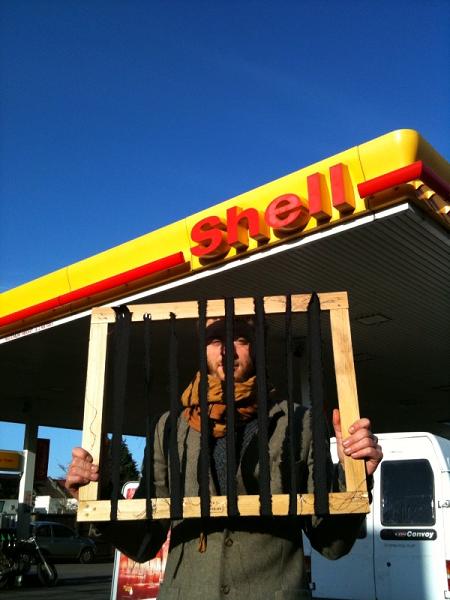 The community in Erris, County Mayo has seen continued harassment and intimidation by Gardai and Shell security, as well as the unlawful arrest and targeted jailing of key campaigners. In February fisherman Pat O'Donnell was sentenced to 7 months in jail for convictions of “breach of the peace” and of "obstructing a Garda". The community has been fighting this project for over a decade. Construction of the gas refinery has resulted in the pollution of the local drinking water. Untreated waste chemicals from the refinery, including lead, mercury, arsenic and radon would be pumped into Broadhaven Bay despite it being a designated Special Area of Conservation. 1

The action was part of Fossil Fools Day, a global day of creative action against corporations who contribute to and profit from climate change. 2

Rachel Keevil from Rising Tide, chasing another activist with a large section of pipe, said “Shell are climate criminals. The gas pipeline in County Mayo will damage the environment and threaten the health and livelihoods of local people; all for the profit of Shell. It’s a pipeline to disaster.”

This street theatre was clearly a ridiculous representation of very serious events but opened up a space for talking with the public about the issues, many of whom took genuine interest, some saying they were inspired to write to Pat in prison.