Some photos from the 9th April 2010 protest held outside the US Embassy in London demanding the closure of Guantanamo, Bagram and the other secret CIA prison camps. 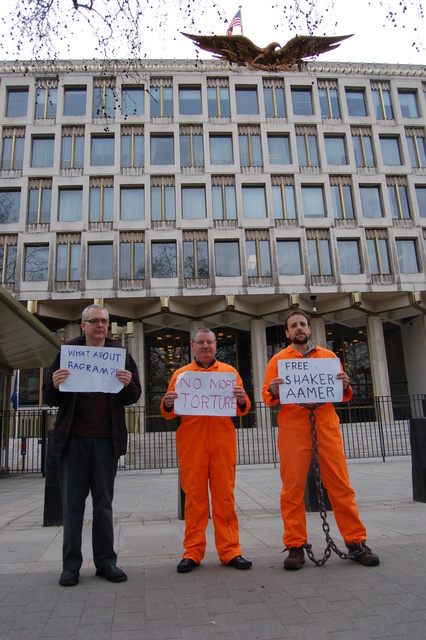 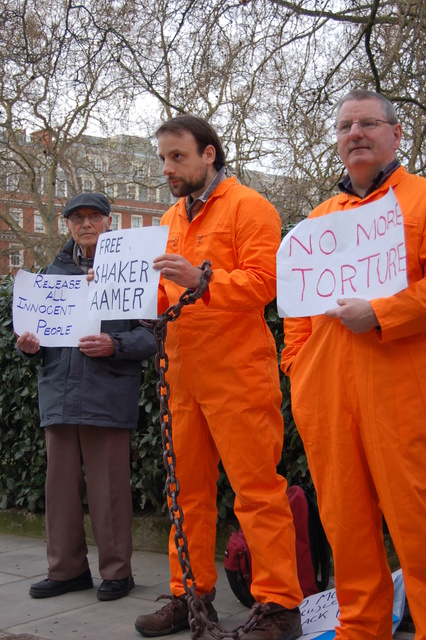 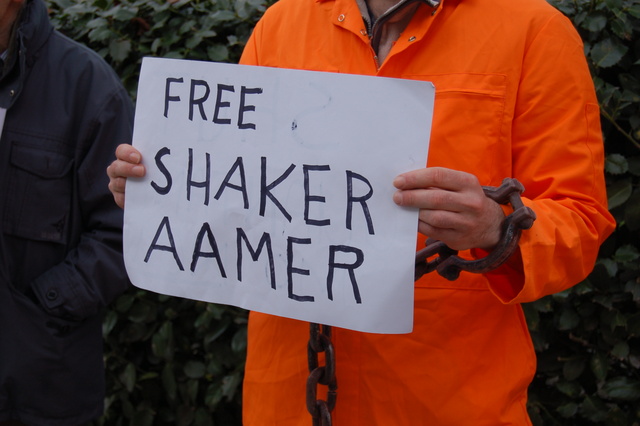 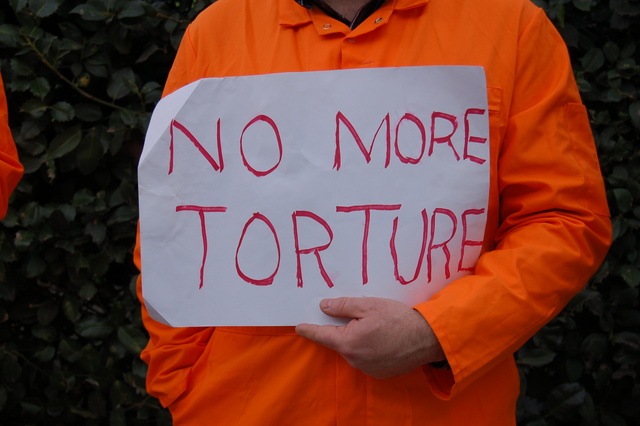 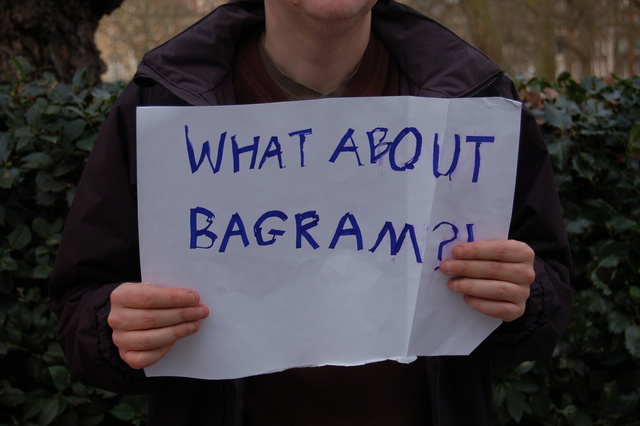 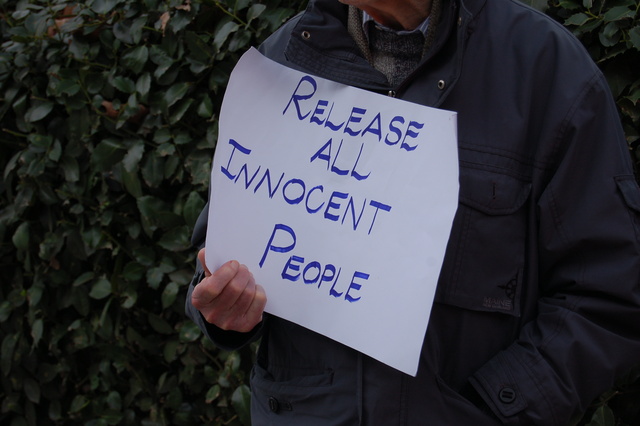 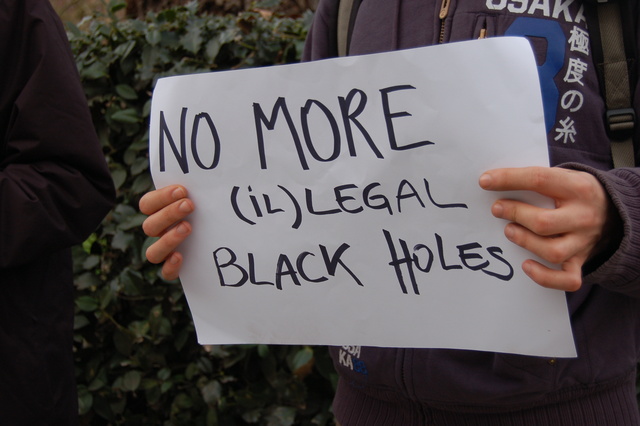 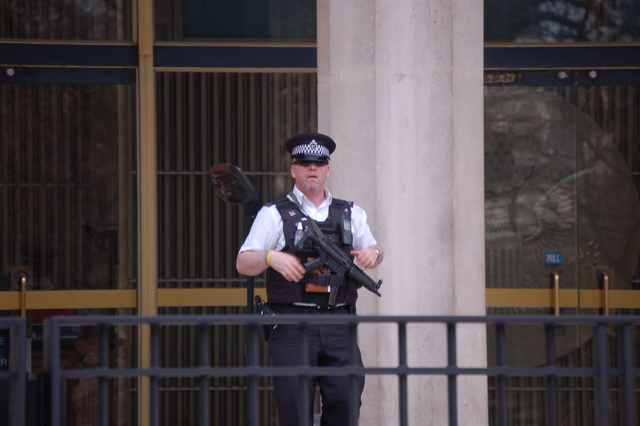 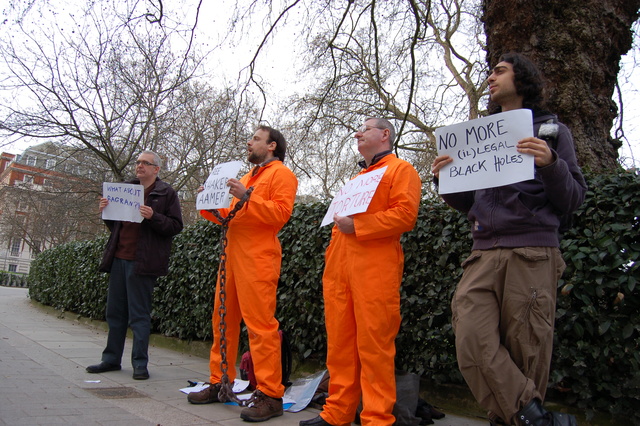 The following text was used to advertise the protest:

Three months have elapsed since President Obama's own deadline to shut Guantanamo, but still 200 odd prisoners remain there, the vast majority of them never having been charged with any crime and remaining there for want of a safe country to be released to. Obama has reverted to the Bush-era policy of "trying" those who are facing charges with Kangaroo Court Military Con-missions rather than in Civilian Courts in the US, and those responsible for the illegal Bush / Cheney policies of torture and indefinite detention without charge or trial have never been held to account.

British residents Shaker Aamer and Ahmed Belbacha still languish in Guantanamo. Shaker has a British wife and children living in Battersea, south London. His children have had to grow up without their father for the past eight years, and his youngest son has never even met his father, having been born after Shaker was taken away. Shaker has been detained without charge and abused for the past eight years, a large proportion of the time in solitary confinement due to his advocacy for prisoners' rights. A recent report in Harpers magazine suggested that he witnessed the beating to death of fellow prisoners by military guards and it has been suggested that this is the reason he is still being held: the powers that be don't want the truth to come out.

But Guantanamo is a holiday camp compared to Bagram prison in Afghanistan. Hundreds of prisoners are still held there with no access whatsoever to lawyers or the outside world. Reports suggest that horrific abuse is the norm and the same pattern of indefinite arbitrary detention without charge or trial is present. Obama is spending millions of dollars expanding the prison at Bagram, and it is fast becoming "Obama's Guantanamo".

Only massive global public pressure can force the US to shut Guantanamo, Bagram and secret CIA prisons and end the US practice of kidnap and torture and indefinite detention without charge or trial, in which the British government and intelligence agencies have been willing partners.