Protesters leafleted people visiting the Natural History Museum on 10th April 2010 regarding the "Veolia Wildlife Photographer of the Year Exhibition" -- Veolia supplies services to the illegal Israeli settlements in Palestine -- they run tramway and bus services linking settlements to Israel and a the landfill site taking settlement refuse. 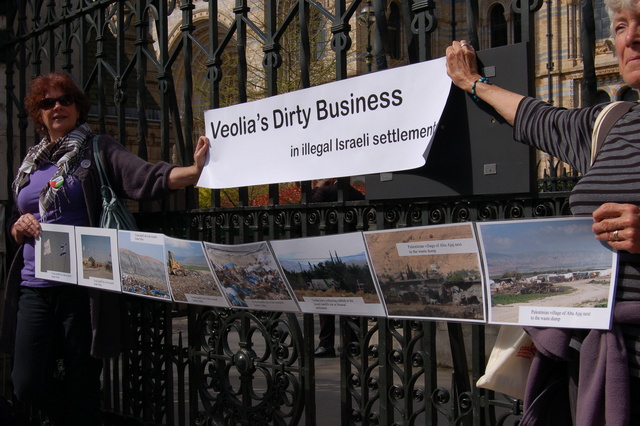 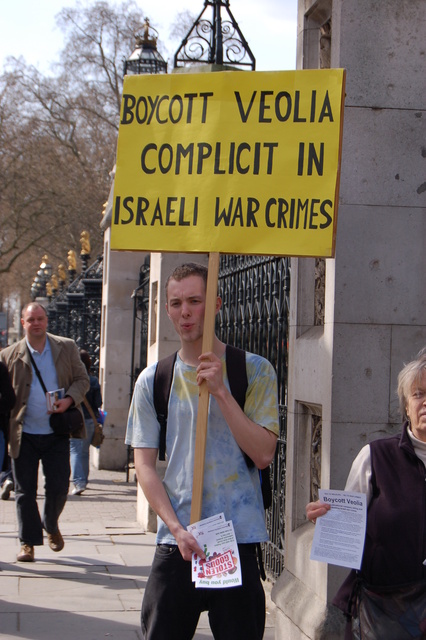 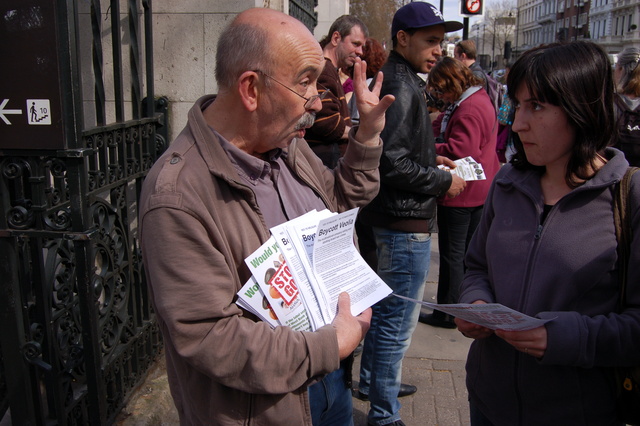 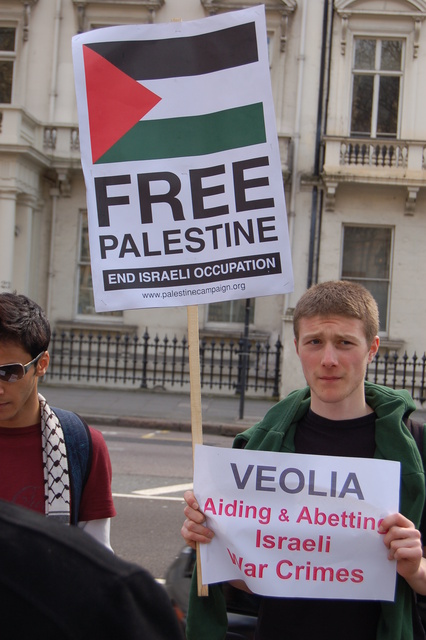 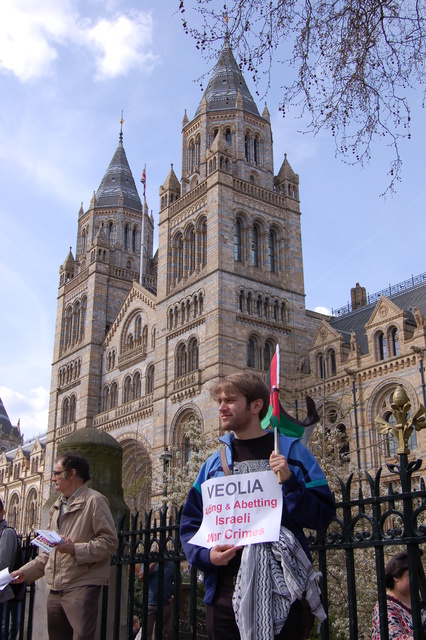 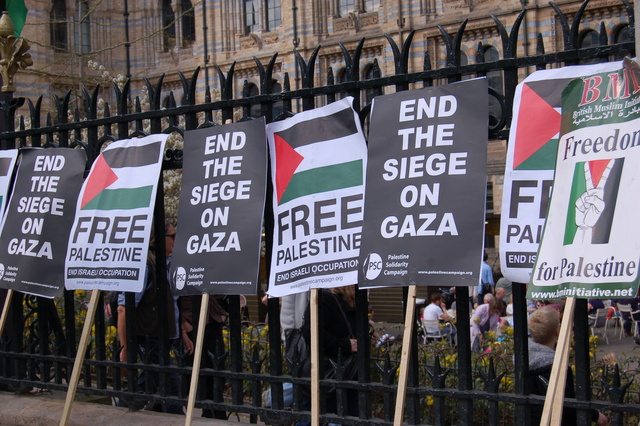 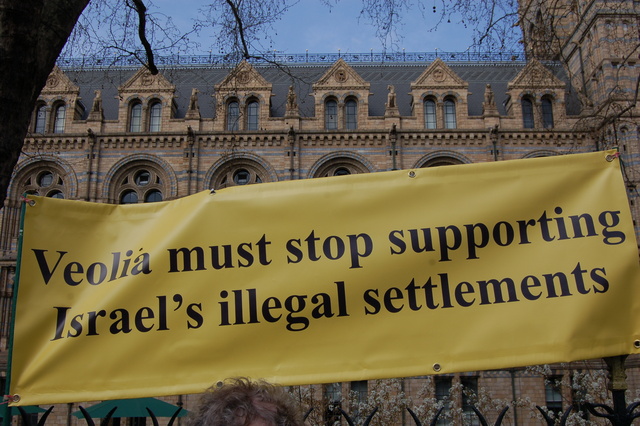 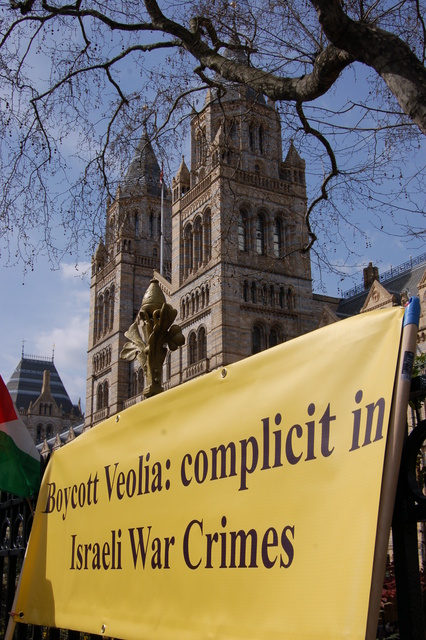 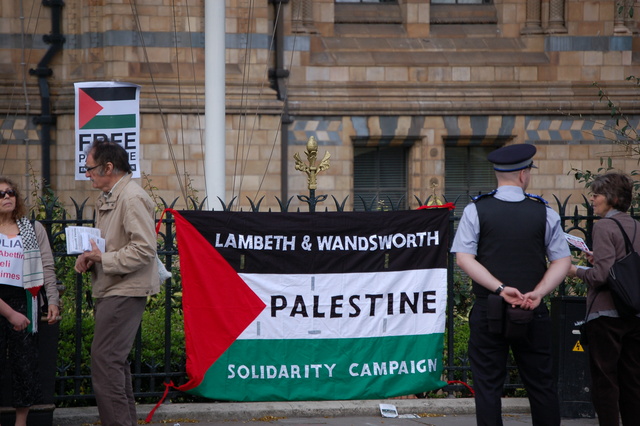 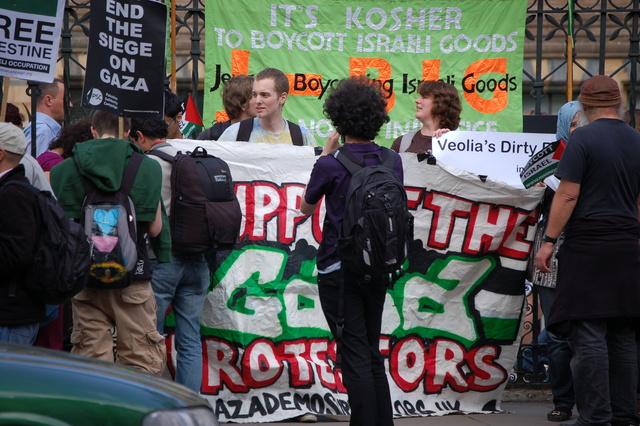 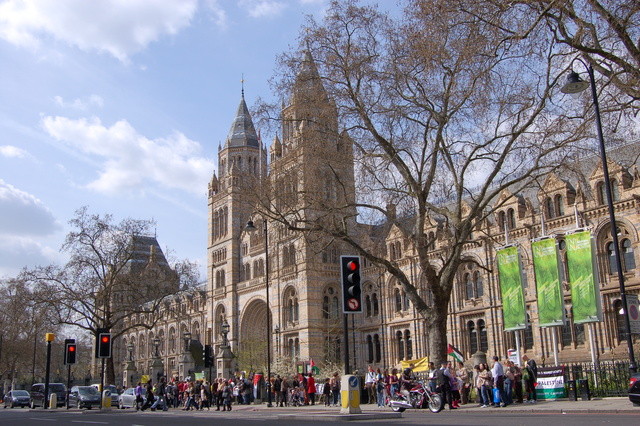 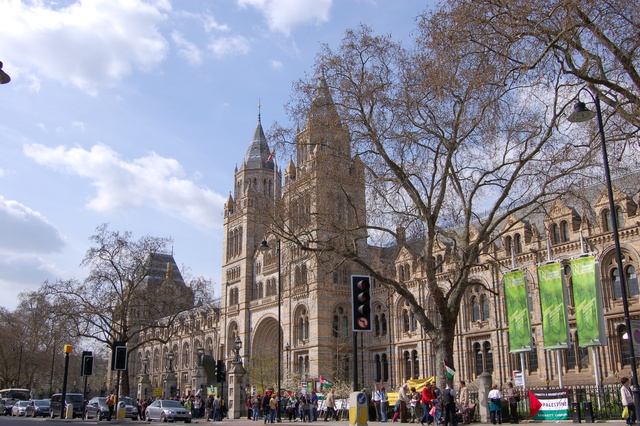 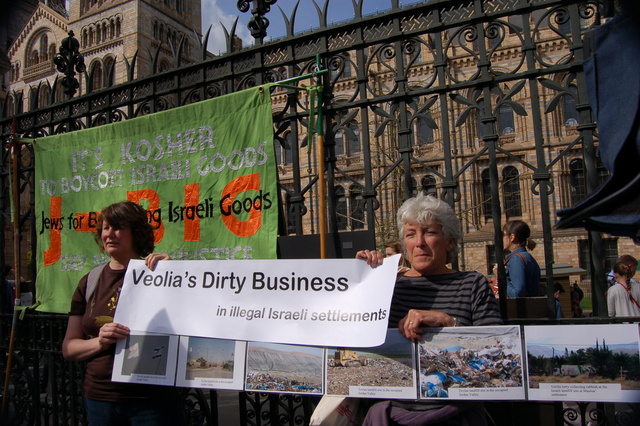 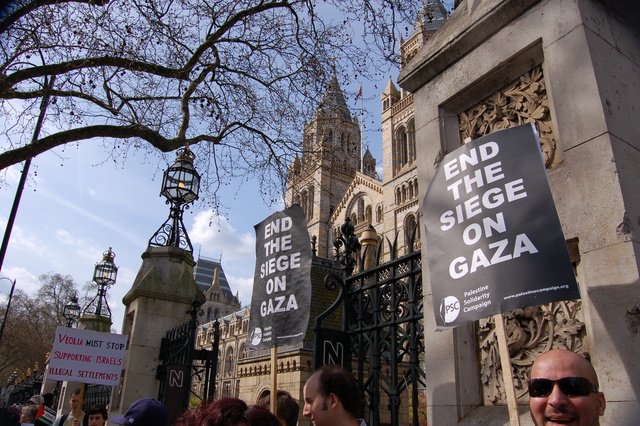 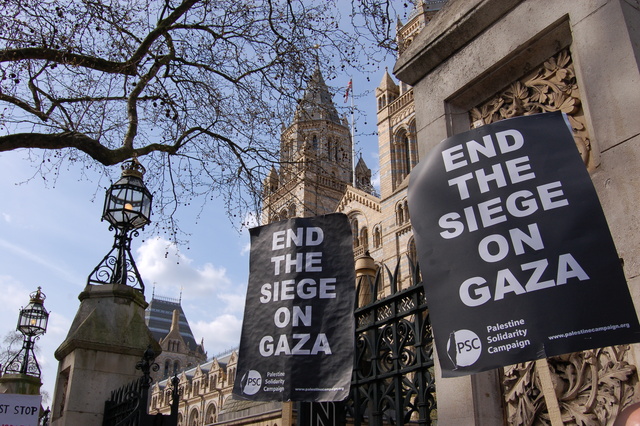 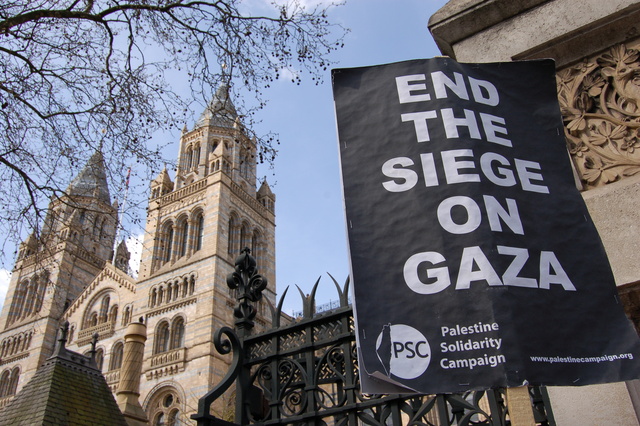 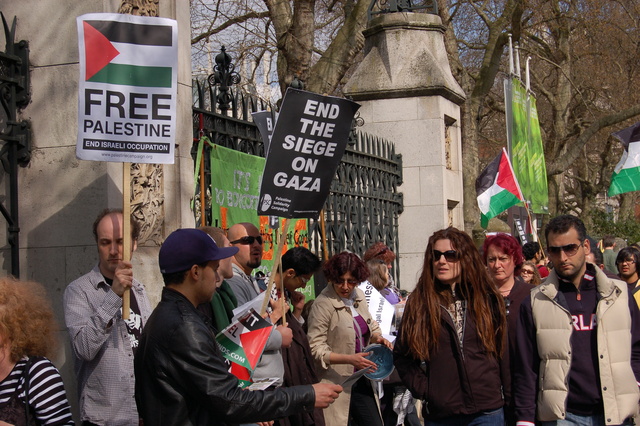 This protest was advertised here:

And for more information see the Why Boycott Veolia? page here: 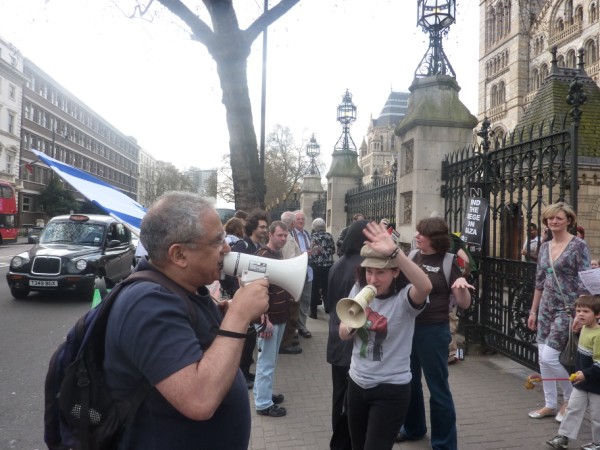 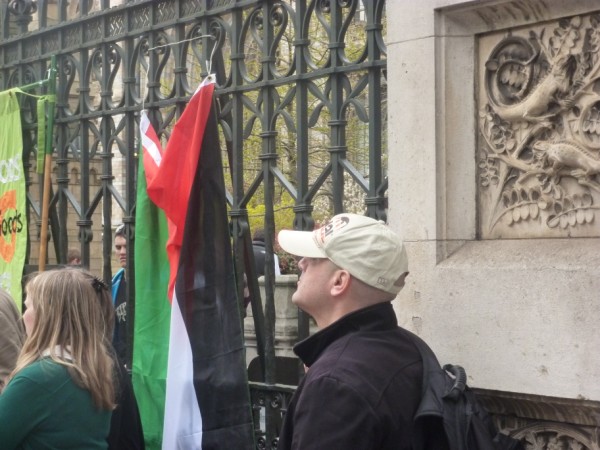 Also at the demo were two zionist counter-protestors - Jonathon Hoffman who has a long history of attempting to disrupt pro-Palestinian events, and Richard Miller who almost got a slapping after sexually harrassing a woman.....

Why Boycott Veolia? building a tramline to Israel's illegal settlements in the West Bank

Ever since the first Palestinian call for boycott, divestment and sanctions against Israel in 2005, French multinational Veolia has been on campaigners’ list of boycott targets for its investment in the controversial East Jerusalem tram line and involvement in ’settlers only’ bus routes. As a result of high profile boycott campaigns around the world, Veolia last year attempted to abandon its part in the tram line project (see previous articles: 1 | 2). But Veolia’s shameless facilitation of settlement infrastructure does not end there. On a recent visit to the area, Corporate Watch investigated the impact of Veolia’s other big operation on occupied land: the Tovlan landfill.

Established in 1999, Tovlan is situated deep inside the Jordan Valley in the West Bank, on land cleansed of Palestinians after the occupation of the area in 1967. According to Veolia, operating the landfill can not be considered unethical or in breach of their guidelines as the dump allegedly provides services to both Palestinians and Israeli settlers. The company sign of Veolia’s subsidiary ONYX proudly advertises its business at the front gate. However, the Tovlan site is managed by the Israeli settlement regional council of Biqat Hayarden, which covers 21 illegal settlements, and the land is leased from the occupier: Israeli’s civil administration. There is little evidence of the much-talked-about benefits for the surrounding Palestinian communities, as a meeting with an ex-Tovlan employee confirms.

What's it got to do with the Natural History Museum?

This year’s Wildlife Photographer of the Year competition is being sponsored by Veolia Environmental Services, which is accused by campaigners of profiting from the Israeli occupation of Palestine (see

http://electronicintifada.net/v2/article10909.shtml). The international showcase for the “very best” nature photography is owned the Natural History Museum and the BBC Wildlife Magazine. The award is no stranger to controversial sponsorship deals; recent years saw fossil fuel giant, Shell, acting as sponsor.

To find out more see