A peaceful protest took place outside the Counter Terror Expo at Olympia against the profits made from terrorising people around the world and the increasing use of surveillance systems to control and document our lives. London, UK. 14/04/2010 Photographs copyright (C) 2010 Peter Marshall. All rights reserved. 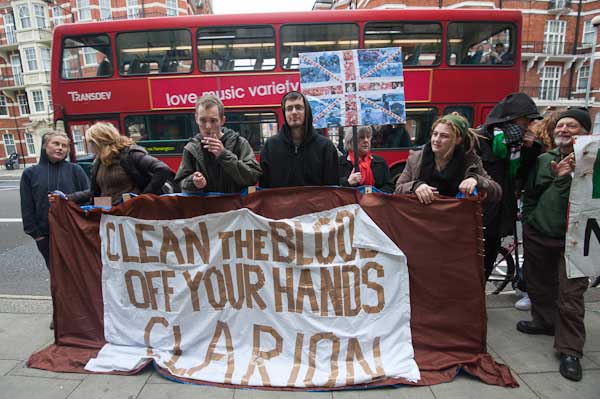 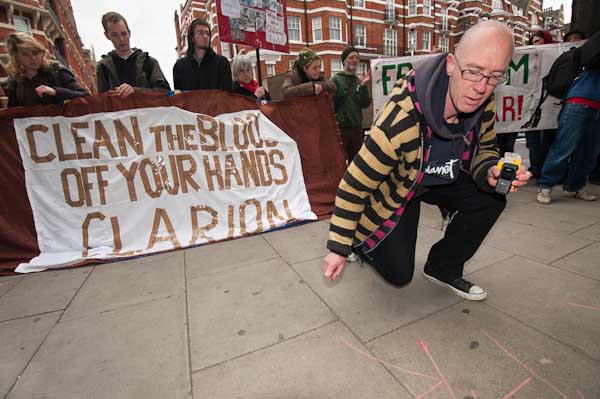 chalking on the pavement 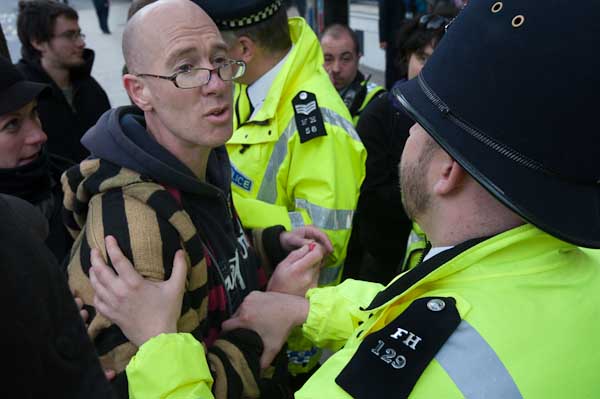 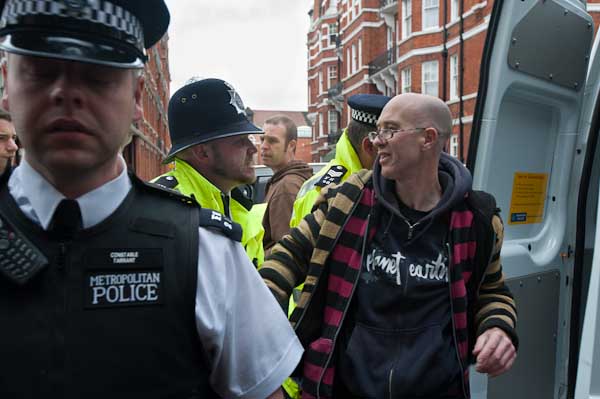 get in the van 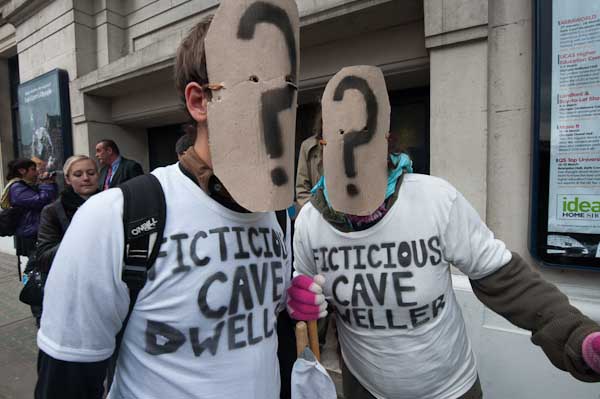 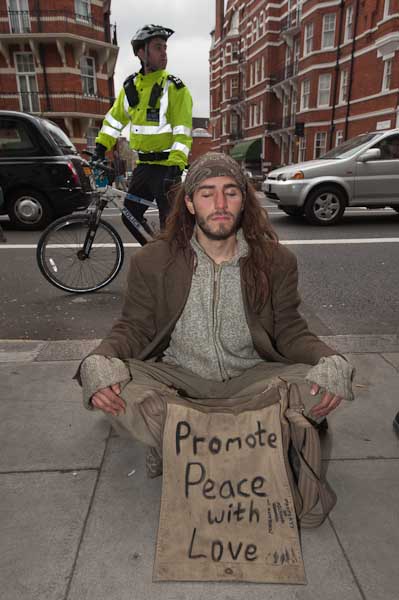 The Counter Terror Expo is organised by Clarion Events, who are also responsible for the world's largest arms fair, DSEi, held every two years in London's former docklands. It is sponsored by Thales, a leading manufacturer of weapons and security systems and exhibitors include other leading arms companies.

The protesters point to the role of these products in war and repression around the world, killing men, women and children and to the huge profits that are made from this, while the manufacturers claim their weapons and control systems make the world a safer place.

The protesters called for resistance to this ever encroaching surveillance society and to an end to the climate of state and corporation induced terror.

While I was photographing there, one man was arrested by police and after considerably argument was bundled into the back of a police van. The man was alleged to have damaged property by chalking on the pavement, which seemed an absurd charge. Arrests such as this seem often more designed as a kind of instant punishment for people who upset a particular officer than anything to do with upholding the law, and unfortunately bring the police into disrepute. One of the officers present later handed out a leaflet about policing of protest to the other police there, who put it away in their pockets, but it might have been helpful had they got it earlier and read it.

This article with more pictures is on Demotix:

and I will post a fuller set of images in a day or two on My London Diary:

a side action to the main protest also took place earlier in the day. Activists posing as Clarion employess met conferenence attendees at Earls Court and Kensington Olympia tube stations and told them that the event had been moved to Earls Court exhibition centre. A few delegates were fooled at Olympia tube station but the action at Earls Court scored a major success when tube staff were taken in and announced that the event had been moved over the train tanoy, causing hundreds of conference dickheads to get off the train and walk around earls court in a confused state before realising the had been had.