In his latest statement, President Obama has violated the Charter of the United Nations (UN) by openly threatening Iran with an imminent nuclear attack. In response, Iran submitted an official letter of complaint to the United Nations. 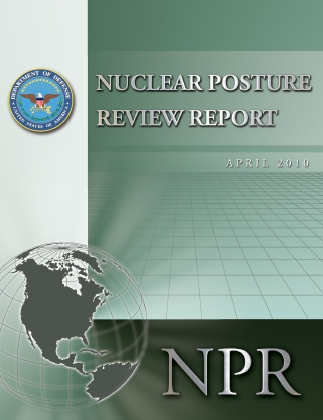 Iran’s UN ambassador Mohammad Khazaee called for the Security Council and other UN related bodies to show serious opposition to the US President’s nuclear policies and his threat against an NPT signatory which does not hold nuclear weapon.

Following the US President Barack Obama’s remarks that America will not restrict conditions of using nuclear weapons against Iran and North Korea, Khazaee sent a letter to the presidents of the UN Security Council Yukio Takasu and General Assembly Ali Treki and the UN Secretary General Ban Ki-moon and said threats of the US officials against Iran are inhuman and go against international rules and commitments.


The full text of the letter follows:

In the Name of God, the Compassionate, the Merciful

On 6 April 2010 , the United States government published its Nuclear Posture Review [NPR] which outlines the U.S. nuclear strategy and policy, and among others, contains groundless allegations against the peaceful nuclear program of the Islamic Republic of Iran.

Following the release of NPR, some high-ranking officials of the United States including the U.S. President and Secretaries of State and Defense, on the basis of wholly wrong assumption, have made public and implicit statements, threatening to use nuclear weapons against the Islamic Republic of Iran.

For instance, Secretary of Defense of the United States, in a news briefing held on 6 April 2010 at the Pentagon, asserted that “the NPR has a very strong message for Iran …, because whether it’s in declaratory policy or in other elements of the NPR, we essentially carve out states like Iran …. And basically all options are on the table when it comes to countries in that category”.

He added “so, if there is a message for Iran here, it is that… all options are on the table in terms of how we deal with you.”

In view of these developments, I would like to draw your kind attention to the following points:

1- Such inflammatory statements which are tantamount to nuclear blackmail against a non-nuclear-weapon State signatory to the Treaty on the Non-Proliferation of Nuclear Weapons (NPT) constitute a serious violation of the United States obligations and commitment, under international law, particularly Article 2 (4) of the Charter of the United Nations and also the provisions of the Security Council resolution 984 (1995), to refrain from the threat or use of force against any State.

2- It is evident that these statements are not only declaration of intention but also part of official document which articulate the United States policy on first use of nuclear weapons, at its discretion, against a non-nuclear-weapon State Party to the NPT, and, therefore, pose a real threat to international peace and security and undermine the credibility of the NPT.

Such remarks by the U.S officials display once again the reliance of the U.S government on militarized approach to various issues, to which the threats of use of nuclear weapons are not a solution at all.

In addition, the Islamic Republic of Iran has categorically and consistently rejected the development, stockpiling and use of nuclear weapons on religious and constitutional grounds.

Iran's nuclear activities are, and always have been, for peaceful purposes.

4- After 40 years since the entry into force of the NPT, and while the U.S. officials are apparently advocating the nuclear non-proliferation, let’s not forget that the United States as the only nuclear power to have used a nuclear weapon against the citizens of Hiroshima and Nagasaki as a result of which 200,000 people perished, continues to illegitimately designate a non-nuclear weapon State as target of its nuclear weapons and contemplates military plans accordingly.

In view of the above-mentioned points, members of the United Nations should not condone or tolerate such nuclear blackmail in 21st century, and should take resolute action to ensure the total elimination of all nuclear weapons as the only absolute guarantee against the use or threat of use of nuclear weapons.

In this regard, the United Nations and its relevant organs have a fundamental responsibility to strongly oppose the threat of use of nuclear weapons and to reject it.

It would be highly appreciated if this letter could be circulated as a document of the Security Council and that of the General Assembly, under agenda item 9, 82, 92, 93, 96 and 107.

Please accept, Excellency, the assurances of my highest consideration.

President of the Security Council

President of the General Assembly