Solidary with Pat O'Donnell and against Shell on Earth! Gas terminal access blockaded in both directions at 7am April 19th
Environmental protesters have today blockaded the access to Bacton gas terminal (1) on the North Norfolk coast; the road is currently blocked by activists lying in the road attached to steel arm tubes and by a large steel tripod. The action at Bacton has been carried out by Earth First! (2), a countrywide network of activists who use direct action to oppose environmental destruction.

Bacton gas terminal is the largest of its kind in Britain, pumping North Sea gas to Britain and mainland Europe; the terminal is operated by Shell and the protesters say they are taking the action in solidarity with a community in Republic of Ireland, who are opposing the development of a similar facility near Rossport in County Mayo (3). Shell heads the consortium developing the Irish terminal, refinery and pipeline.

A participate commented: “Bacton has been blockaded today in solidarity with the people of Mayo who have been protesting against Shell virtually daily since 2005. Residents there have been subjected to ongoing harassment from Shell and their contractors. Pat O'Donnell, a local fisherman, is currently serving a 7 month jail sentence for his part in the resistance to Shell's development”.

Community resistance in the Rossport area has been fuelled by concerns that the new terminal will ruin the the coastal environment, farmland and wildlife habitats, as well as fishing grounds vital to the local economy. Fears for the local environment include potential disturbance to coastal conservation areas, which support wildlife such as dolphins and porpoises, plus the possibility that local drinking water could become contaminated. Residents also claim that due planning process has not taken place and that construction work started before planning consent was fully approved.

“ We want our action today to send two strong messages; firstly to Shell, that wherever they are in the world, there are those who will oppose their destruction of both the environment and local communities. Secondly, we want to send a message of solidarity to those opposing the Irish terminal, especially to Pat O'Donnell. Their struggles will not be forgotten”.

Notes
1.Bacton gas terminal is on the B1159, between the villages of Bacton and Mundesley.

2.Earth First! Uses direct action to confront those responsible for the destruction of the Earth and its' inhabitants. EF! Is not a cohesive group of campaign, but a convenient banner for people who share similar philosophies. For further information visit

3.For further information on the Irish based Shell to Sea campaign, opposing the gas terminal near Rossport in Mayo, visit www.shelltosea.com

4.For press interviews today, please call Julie Briggs on 07766 947852; it may be possible to obtain live interview either from the protest or community members in Mayo. 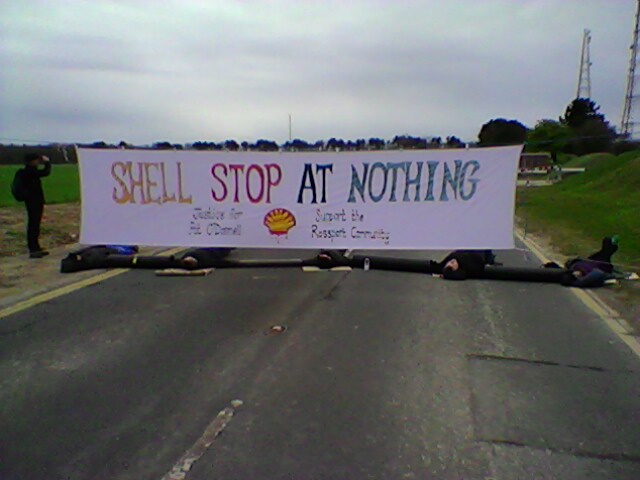 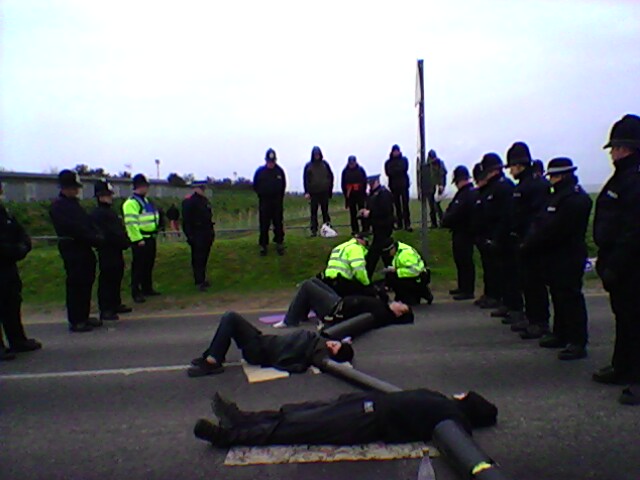 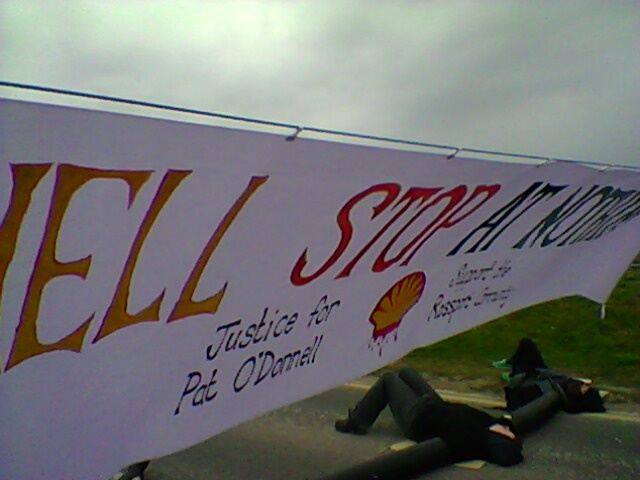 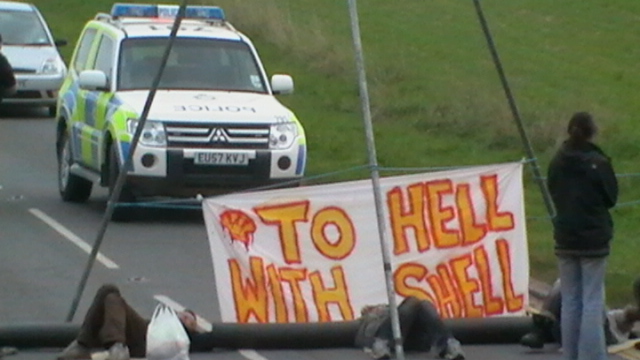 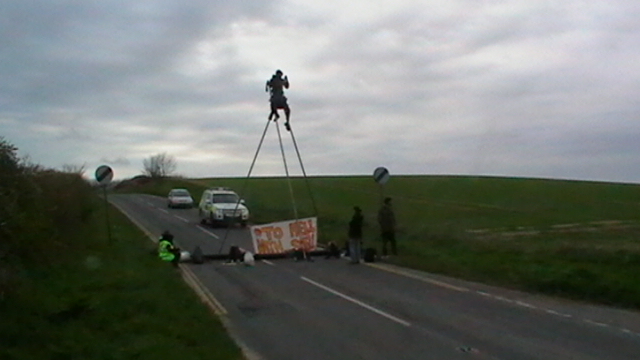 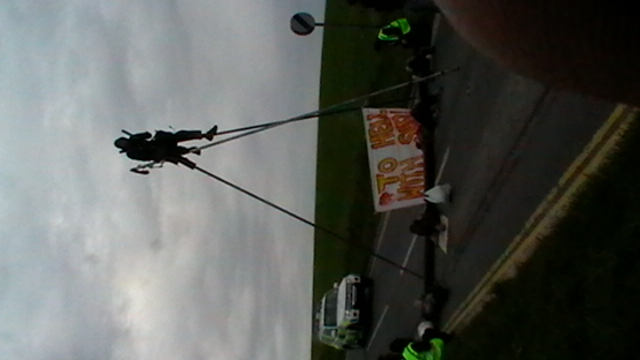 photos from the other end of the blockade