Iran’s ace weapon: Why the US won’t gamble on an Iranian war

Given the crescendo of veiled and increasingly unveiled military threats by the US and Israel against Iran, one has to admire the Iranians for their coolness under extreme pressure. The latest despicable – and in some legal opinion, criminal – threat by the White House that it would use atomic weapons against nuclear-unarmed Iran in the event of a conflict has been dismissed by the authorities in Tehran, who say they remain determined to pursue their civilian nuclear energy programme. 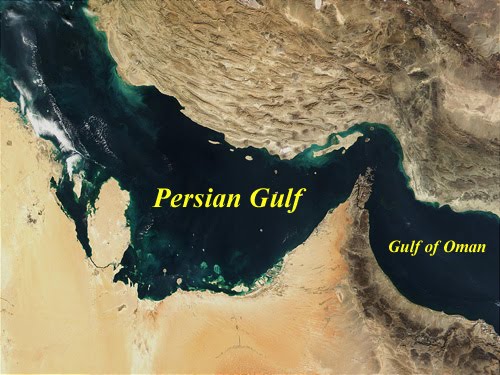 Iran’s Ace Weapon: Why the US Won’t Gamble on an Iranian War

Blockade of the Strait of Hormuz


Given the crescendo of veiled and increasingly unveiled military threats by the US and Israel against Iran, one has to admire the Iranians for their coolness under extreme pressure. The latest despicable – and in some legal opinion, criminal – threat by the White House that it would use atomic weapons against nuclear-unarmed Iran in the event of a conflict has been dismissed by the authorities in Tehran, who say they remain determined to pursue their civilian nuclear energy programme.

Far from being cowered, Iran has just launched three days of military war games in the Persian Gulf. The Islamic Republic carries out such manoeuvres every summer, but this year it has brought the exercises forward. No official explanation has been given, but it clearly is meant to be a signal to the US and its coterie of western allies that Iran will not be brow beaten by threats of economic sanctions and military strikes, including the threat of unleashing the most terrifying of weapons.

In this game of high-stakes poker, how is it that Iran can stay so composed? It is because Iran holds the ultimate weapon, not a weapon of mass destruction that the US claims it is seeking, but a weapon of mass disruption firmly within its grasp and ready to trigger immediately – the blockade of the Strait of Hormuz.

This is the narrow stretch of sea between Iran and the United Arab Emirates and Oman to its south that connects the Persian Gulf to open international waters. Some 40 per cent of global ship-borne crude oil passes through this channel every day. According to the US-based Energy Information Administration, an average of 15 tankers carry 16-17 million tonnes of crude oil through the Strait daily. Oil producers in the Gulf, including the world’s top supplier, Saudi Arabia, are totally dependent on this passage for their oil exports, which account for 80-90 per cent these countries’ total revenues. This is the world’s most sensitive choke-point for oil trade.

Iran has previously said that if it is attacked by the US or its allies it will blockade the Strait, and no doubt the current war games in the Gulf are aimed at underlining this warning. But it is only recently that Iran has acquired the maritime capability to deliver on its counter-threat. For example, during the 1980-88 war with Iraq when Iran was being bombed with chemical weapons by US client Saddam Hussein, Tehran did not have the capability to shut off the Strait. Nor in 1988 when the US shot down an Iranian civilian airline, killing 290 people onboard.

But over the last few years, Iran has invested heavily in building up a fleet of high-speed military boats equipped with anti-ship missiles and sonar-evading torpedoes. And it can be safely assumed that the Iranians have perfected maneouvres to ensure the rapid and complete shut-down of all shipping out of the Gulf. This task is made all the more feasible by the natural geography of the Strait. The Persian Gulf is a shallow sea so any ships that are sunk would represent hazardous obstacles that could not be easily removed. Also, although the Strait is some 20 miles across, the shipping traffic lanes are only six miles wide: two miles for incoming tankers, two for outgoing and two miles for a separation margin between both.

Under international maritime law, Iran (along with Oman) has sovereign territorial rights over these waters. Iran has under United Nations law agreed to grant "innocent passage" to ships through its waters provided there is no infringement of its security. Therefore, as energy analyst Ali Mallakin points out, Iran has the legal right to withhold passage if "its sovereignty is not respected" such as if the US were to launch a unilateral military strike against the country.

By that stage, of course, the argument will be merely academic. For the US will have launched yet another criminal war and the world economy will be plunged into darkness. Given the fragile state of the international economy, shutting off the Strait of Hormuz will explode the price of oil and with that any vain hope of economic recovery. Sitting under a multi-trillion-dollar mountain of debt, the US has furthest to crash and the social implications for this crumbling empire – already seething from widespread misery – cannot be overstated. The consequences for the US will quite possibly be more powerful than those from any weapon of mass destruction.

Both Iran and the US know this. Despite the chips that Washington is piling on to the poker table, both players know that it is Tehran that holds the high ace. That’s why the US will not dare gamble a war on Iran. And it will keep its Israeli attack dog muzzled.