Campaigners gather outside Downing Street to bring attention to the case of Shaker Aamer, a detainee who is the last British citizen to remain in incarceration at the notorious US military detention facility at Guantanamo Bay, Cuba. 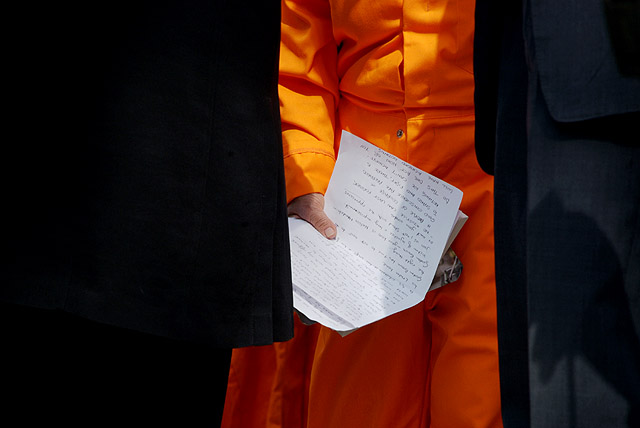 No injustice can last forever. 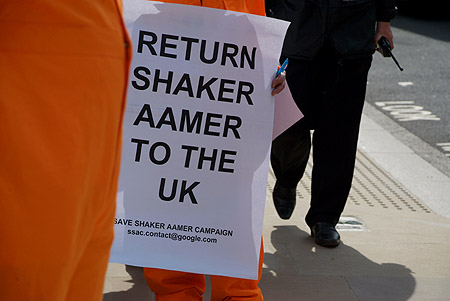 Return Shaker Aamer to the UK. 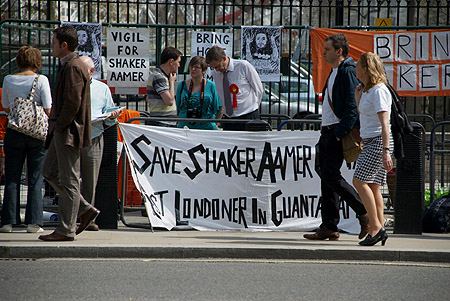 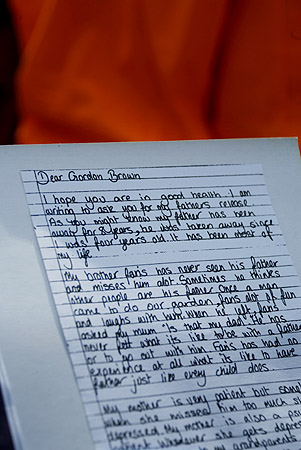 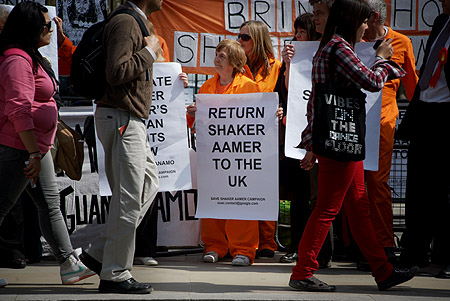 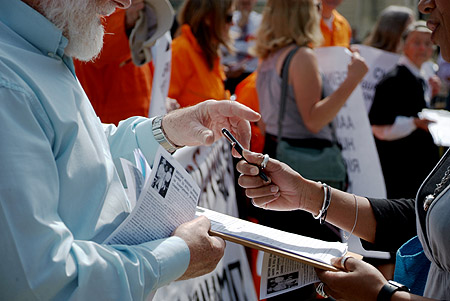 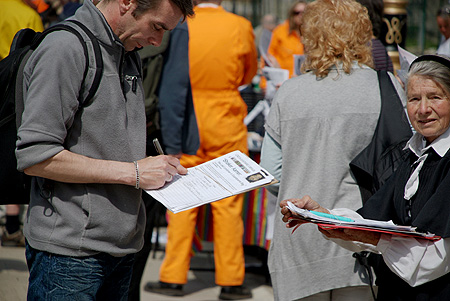 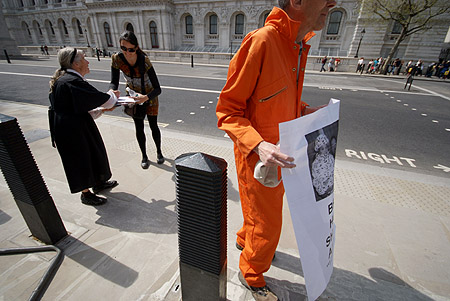 Signing the petition and demand for release. 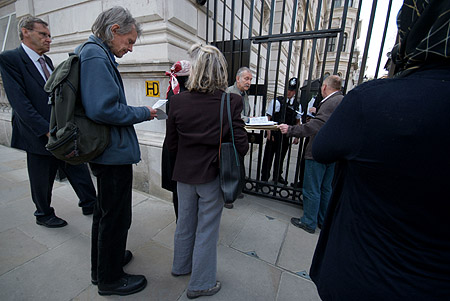 Going into the Getto!

Campaigners gather outside Downing Street to bring attention to the case of Shaker Aamer, a detainee who is the last British citizen to remain in incarceration at the notorious US military detention facility at Guantanamo Bay, Cuba.

Mr Aamer, aka Shaker Abdur-Raheem Aamer, has been incarcerated at the facility for the last eight years and has yet to be formally charged with any offence.

In a Summary of Evidence memo prepared by the US military for a "Combatant Status Review Tribunal" (CSRT) Mr Aamer has been accused of a range of offences from travelling internationally on false passports, having travelled to Afghanistan, being in possession of mortar and small arms right through to having taken part in the Bosnia-Serb war, being present at Bora Bora and meeting with, and receiving aid from, Osama Bin Laden and having membership of Al Qaida.

The summary of evidence curiously falls short of him actually being present on the planes that were flown into the World Trade Centre in New York circa September 2001.

To date, the US military have failed to provide evidence that any of these charges constitute anything more than wild speculation and hearsay.

Mr Aamer was also present at the camp when three detainees died after being interrogated by security service personnel, a number of which are suspected of membership of the British MI5, a domestic wing of the British Security and Intelligence Services (SIS).

The British Government have failed to act to ensure Mr Aamer is returned to the UK and, campaigners believe, are attempting to cover-up the role that the British MI5 have played in the deaths of detainees at the facility.