In the self-sensationalising world of modern media, some truths are better witnessed than told. Over the past fortnight, major media outlets have converged on Syria’s alleged delivery of scud missiles to the Lebanese resistance movement Hezbollah. By examining how the story first came to limelight, as well as the manner in which media sources have uncritically covered the story, one can begin to notice the vastly degenerated state of today’s media and its deeply polarising effects. 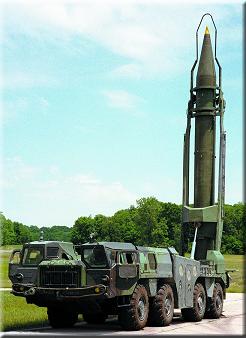 In the self-sensationalising world of modern media, some truths are better witnessed than told. Over the past fortnight, major media outlets have converged on Syria’s alleged delivery of scud missiles to the Lebanese resistance movement Hezbollah. By examining how the story first came to limelight, as well as the manner in which media sources have uncritically covered the story, one can begin to notice the vastly degenerated state of today’s media and its deeply polarising effects.

On 11th April, Kuwaiti daily Al-Rai Al-Aam broke the ‘scud missiles’ story. Relying solely on American sources, the author Husain Abdul-Husain claimed that both western and Israeli intelligence had uncovered the training of Hezbollah resistance fighters in Syria in the use of scud and surface-to-air missiles. This, we are told, occurred some time during last summer. Subsequent to the alleged discovery, the article adds, Israel threatened Syria through official Turkish and Qatari channels warning against the transfer of either of the two armaments to Hezbollah.

Western coverage of the story has been an unquestioned regurgitation of the original claims made in the Al-Rai Al-Aam article. Further signified by an overriding infatuation with Israel’s security, political commentators have even sought to draw parallels between Saddam and the alleged Syrian scud missiles delivery. Amidst the suffocating miasma of yellow journalism redolent in western reporting, the parallel was not lost on Lebanese prime minister. Speaking to a group of Lebanese citizens in Rome, Saad Hariri noted: “All this is similar to what was said previously about the weapons of mass destruction in Iraq, that were never found.”

Quite expectedly, not one mainstream media outlet dared make any mention of America’s pledge of roughly $3billion per annum in military aid to Israel. One does not require speculative reports published on Al-Rai Al-Aam to verify the above, nor does one require any superior intelligence to discern that the annual US ritual of rearming Israel constitutes an “equilibrium-breaking” military development. What is required, however, is the impossible: for leading western commentators to witness developments, even fleetingly, through the eyes of other than Israel.

And thus, one can produce a hefty list of ignored ‘strategic balance altering’ developments. The Obama administration’s decision in January of this year, for instance, to double US arms-stockpiles in Israel to a total sum of $800 million worth, which are to be used by the Zionist state in times of “emergency”, certainly fits the description of military “game-changers”.

All this is not surprising. As a rule of thumb, the media’s self-assumed monopoly of reserving big and frightening words like ‘WMDs’ for those classified as adversaries is to be assumed without need for explicit mention. Language in this sense is a tool to distort, not to explain; an instrument to erect separating walls, rather than build bridges of dialogue.

Notwithstanding issues of accuracy in the original article, a telling omission from western reporting was a clear failure to question the timing behind Syria’s alleged transfer of the scuds. Had leading media outlets adhered to even a diminished standard of objectivity, they would have no doubt stumbled upon Israeli provocations such as foreign minister Avigdor Lieberman’s impudent words directed at President Assad. In early February of this year, the harebrained right-wing zealot threatened Syria with regime change in a show of brazen chutzpah, which is in fact symbolic of how Israel views and applies itself in the regional context.

The brouhaha over Syria’s alleged transfer of scud missiles is designed to serve as one big smokescreen. It is now an open secret that Hezbollah is capable of striking Tel Aviv, and much further south. In mid-February of this year the resistance movement’s secretary-general, Sayyed Hasan Nasrallah, stated in very explicit terms that should Israel bomb the Dahiye suburbs of Beirut, Hezbollah would respond with strikes on Tel Aviv; blow for blow. Virtually the whole of Israel is within striking range of Hezbollah, just as every inch of the entire Middle East and afar into Europe is within range of Israel’s missiles – including, I should add, its nuclear arsenal.

The principle motives behind arousing whipped up media-frenzy over the scud missiles issue are multi-fold, but have little to do with so-called “equilibrium-breaking” weapons in the hands of the Lebanese resistance.

Both Israel and the US are seeking to detach Syria from the resistance-bloc constituted primarily of Iran, Syria, Hezbollah and Hamas. Since the Clean Break strategy authored in 1996, Syria has been referred to as the lynchpin connecting Israel’s foes. Over the past year, US and Israeli experts have elevated the handling of the Syrian file to top-level priority within the Middle Eastern context.

On the precipice of Robert Ford’s confirmation as US ambassador to Syria, the emergence of the scud missiles allegations should be read as an instance of political arm wrangling. Admittedly, on this issue the Arab Center (alternatively referred to as the moderate-bloc) and Israel both share an interest in slowing down the rapprochement between Washington and Damascus, albeit for different reasons. Through the negative focus that has resulted from the alleged delivery of scud missiles, the US-Israeli axis aims to send a clear message to Damascus that its relationship with Hezbollah is a strategic liability. The thawing of ties between the west and Syria could in the future quite as easily regress due to its links to the resistance.

Secondly, Israel misses no chance to wave before the world the ubiquitous ‘S’ word in order to mask its repulsive settler-colonial project. By continually depicting itself as a nation terminally under threat, the Zionist state has sought to gain legitimacy and skewed sympathy.

In trail of Israel’s ever-rapacious “security” appetite, western commentators have overlooked gross violations of human rights and indeed war crimes. In this vein, Israel passed a military order on 13th April, which legalizes the deportation of thousands of Palestinians from their West Bank homes. Instead of highlighting the woes of a displaced nation – time and again – inflicted by a racist settler-colonial project, western journalists have instead zoomed in on an alleged scud missile delivery. Note, the word is alleged. As if to say, the Zionist state’s daily ethnic cleansing in Al-Quds of its Palestinian population is of no importance when placed against an alleged scud-missile delivery.

To fair-minded individuals, the media’s handling of the scud missiles story is representative of a hereditary bias in western reporting of the Middle East. The notion of double standards no longer captures the sheer immensity of this overriding prejudice. It would seem politics in the western hemisphere is all about recycling misnomer clichés, advancing age-old power-politics paradigms and bringing to bear its own sacred cows on the field of global politics.