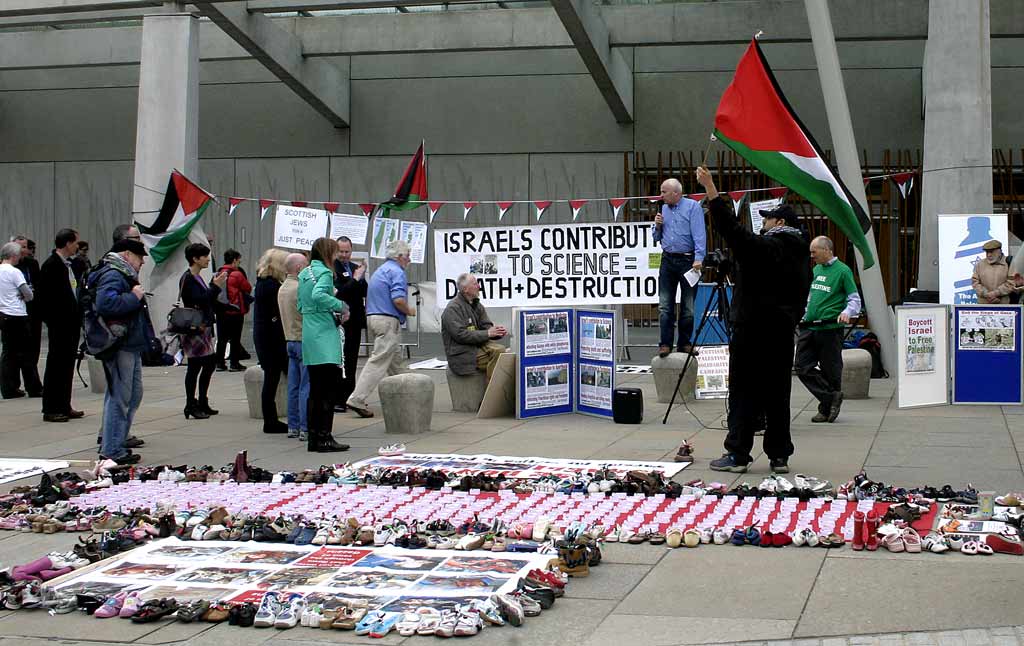 Yesterday outside the Scottish Parliament on the first day of a 3-day protest, over 100 people heard speeches from Palestinians, MSPs and solidarity activists. Demonstrators will remain outside the Parliament during the 3 days of a provocative pro-Israel exhibition sponsored by 1 MSP inside the Parliament at the behest of Scottish Friends of Israel. 400 tiny coffins represented the children butchered in the Israeli massacre over Christmas and New Year 2009/2010.

Today’s Jerusalem Post contains a crass lie. The Scottish Parliament Petitions Committee unanimously supported the SPSC petition objecting to this exhibition. The JP today claims that the Petitions Committee rejected the petition. But then we know Zionists lie. The same paper denied some time ago that Eden Springs East of Scotland depot had been closed down following the loss of contracts due to the boycott campaign.