A paramilitary attack has resulted in two deaths and three missing, two of them comrades of the Red Kaos. The attack was carried out by a paramilitary group observing the convoy, which started yesterday in the Triqui region.

Beatrìz A. Cariño and Tyri Antero Jaakkola have died. Noe Bautista Daniel Venegas and David Arellano, Red Kaos's collaborators and all members of Vocal, are missing. 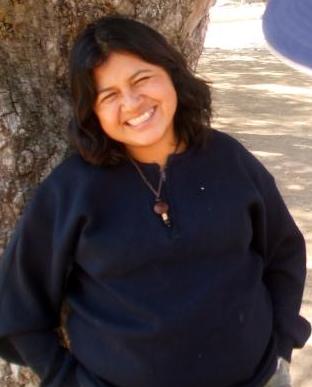 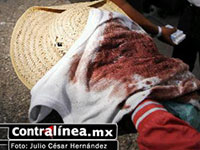 To the people of Mexico

To the peoples of the world

To the people of Oaxaca

Armed aggression against the Caravan of Support and Solidarity with the Municipality of San Juan Copala, Oaxaca.

Since yesterday, as previously announced to the media, the realization of this caravan bound for the Triqui region within our state of Oaxaca has been taking place. The comrades involved in this caravan are members of the Popular Assembly of the Peoples of Oaxaca (APPO), Section 22 of the teachers, Oaxacan Voices Constructing Autonomy and Freedom (VOCAL), CACTUS, members of the MULTI (Triqui Independent Unification and Control Movement), international observers as well as other comrades.

As previously announced, the caravan departed today April 27, 2010, at approximately 11:00 am from the City of Huajuapan de León, Oaxaca. In order to break the siege in which the Triqui Autonomous Community is as a result of state and paramilitary repression against the autonomy process that is being built within that community. The violent paramilitary attacks have occurred at different times of the autonomous process of San Juan Copala and have been led by the paramilitary organization called UBISORT (Union of Social Welfare Triqui Region) which is currently chaired by Rufino Hernández Juárez and MULT (Triqui Unification and Struggle Movement).

Prior to the departure of the caravan, the autonomous president of San Juan Copala Jesus Martinez Flores placed responsibility for any aggression on Evencio Nicolas Martinez, Attorney General, and Jorge Franco “Chuky” Vargas, Secretary of State and Government of Carlos Martinez’ PRI candidate for local elections. It also demanded that the MULT UBISORT act with responsibility and seriousness for a peace table for the Triqui people.

About 100 km before reaching La Sabana, the road was blocked with stones, and that's where the cowardly aggression began with firearms, by about 15 paramilitaries in the service of the government of the murderer Ulises Ruiz Ortiz (the caliber size of the weapons used is as yet unknown), leaving the vehicles wrecked, wounding a comrade, and two people are reported dead.

During the attack some comrades escaped into the jungle, and their whereabouts are unknown. We are concerned they have been captured by the paramilitaries. The comrades so far missing are NOE BAUTISTA JIMENEZ, DAVID VENEGAS REYES and ARELLANO DANIEL CHAVEZ, all members of VOCAL.

Unfortunately, as information is updated, we now know that two comrades were killed in this paramilitary attack. They are: BEATRÌZ ALBERTA CARIÑO TRUJILLO, member of CACTUS and TYRI ANTERO JAAKKOLA, an international observer from Finland. Both were killed by gun fire.

In the incident, CITLALI MONICA SANTIAGO ORTIZ, was wounded in the back by a shot gun and was treated by doctors in Juxtlahuaca.

Those who remained in the place of the shooting, were forced out of their vehicles and marched down the hill for interrogation. Some were threatened with death and were then dropped on the road. RUBEN VALENCIA NUNEZ, a member of VOCAL, was detained by the paramilitaries who took away his voter registration card, his cell phone and threatened with death, before being released.

An ambulance arrived at the scene to treat the injured, but it was cowardly shot at by the paramilitaries and had to leave the place. As it retreated, it found a wounded comrade who confirmed the death of those mentioned above.

Because of the confusion and uncertainty about the facts, the whereabouts of the comrades mentioned above as well as their physical and psychological condition is still unknown.

That this armed aggression is the product of the conditions of institutional violence and impunity enjoyed by paramilitary groups in this region of our state. Institutional violence is directed at the different expressions of the social struggle in Oaxaca and specifically against the construction of autonomous political processes.

This aggression occurs in the context of the circumstances of isolation and siege that we live under in the municipality of San Juan Copala, where since January children have had no school to go to, as well as the community being without electricity, running water, and without doctors. We live under permanent paramilitary harassment due to a checkpoint that is in place.

The government of the murderer Ulises Ruiz cease its paramilitary attacks in the Triqui region, and terminate its funding, arming and giving of impunity enjoyed by these paramilitary groups in our state.

The immediate presentation of our missing comrades.

the people of Oaxaca, Mexico, the international community and various social organizations, collectives and groups to make visible their solidarity and support to demand the live presentation of our missing brothers and the punishment of those responsible. Also, a brotherly call to demand a halt to the conditions of violence against the Municipality of San Juan Copala.

!Live presentation of the missing comrades!

¡Punishment for the murderers of our comrades!

! Stop the aggression against the autonomous municipality of San Juan Copala!

! Withdrawal of the paramilitary roadblock in the autonomous Triqui region!

URGENT: A solidarity caravan that was heading towards the Municipality of San Juan Copala in the Triqui Region of the state of Oaxaca in Mexico, made up of by international observers, members of CACTUS, VOCAL, Section 22 of the SNTE teachers union and of the APPO (Popular Assembly of Oaxacan Peoples), was shot at in the community of La Sabana, controlled by the paramilitary organization Social Welfare Unit of the Triqui Region (UBISORT in its Spanish initials).

This organization is preventing the rescue of the wounded. Reports indicate that there are killed and wounded and it is reported that Alberta Cariño, director of CACTUS, is missing. (It has since been confirmed that Alberta died from gunshot wounds, as also died a Finnish woman who was part of the caravan; translator’s note)

We fear that this action constitutes a provocation that could be used to justify the militarization of the Triqui region.

Information received from Enlace Urbano de Dignidad (Urban Dignity Liaison). Some of this information has been confirmed by an NGO, Serapaz.

It is unconfirmed information that at approximately 4.00 pm, at the entrance to San Juan Copala, some of the vehicles were shot by firearms, resulting in the wounding of Citlalli Monica Santiago Ortiz, aged 22, originally residing in the city of Oaxaca, who received a superficial shrapnel injury, having been shot in the right dorsal region. She was transferred to a state Rural Clinical Hospital in Santiago Juxtlahuaca. So far no facts have been confirmed in various versions circulating about other injured or dead.

Press release of Section XXII (of the SNTE teachers union), April 27 2010:
TO THE PEOPLE IN GENERAL

April 28 .- Given the events of this afternoon (April 27) in the autonomous municipality of San Juan Copala, where gunshots wounded Citlalli Monica Santiago Ortiz, who was taken to the state clinic in Juxtlahuaca, Section 22 of the SNTE teachers union, strongly condemns such acts and attacks against organizations involved in the motorcade that went with the firm intention to support a community in our state and ensure that the conditions for educational development would be the best .

In the state assembly on April 24 Oaxacan teachers decided to support the humanitarian aid organizations that were due to go to this community, to assist in restoring stability, contribute to the defense of individual rights and observe the conditions for the recovery of the educational service suspended during the last four months in the area and ensure the safety of their fellow workers in education.

The teachers movement of section 22, blames the Oaxacan state government for the assault and violent acts against the caravan by paramilitary groups destabilizing the area and responsible for generating a scenario of Triqui submission.

* The punishment of those responsible for the regrettable incidents

* The presentation alive of the missing comrades

* The restoration of tranquility and social peace in the region

"EDUCATION FOR THE SERVICE OF THE PEOPLE"

”United and organized we will win"