Report of May Day march and rally in Edinburgh 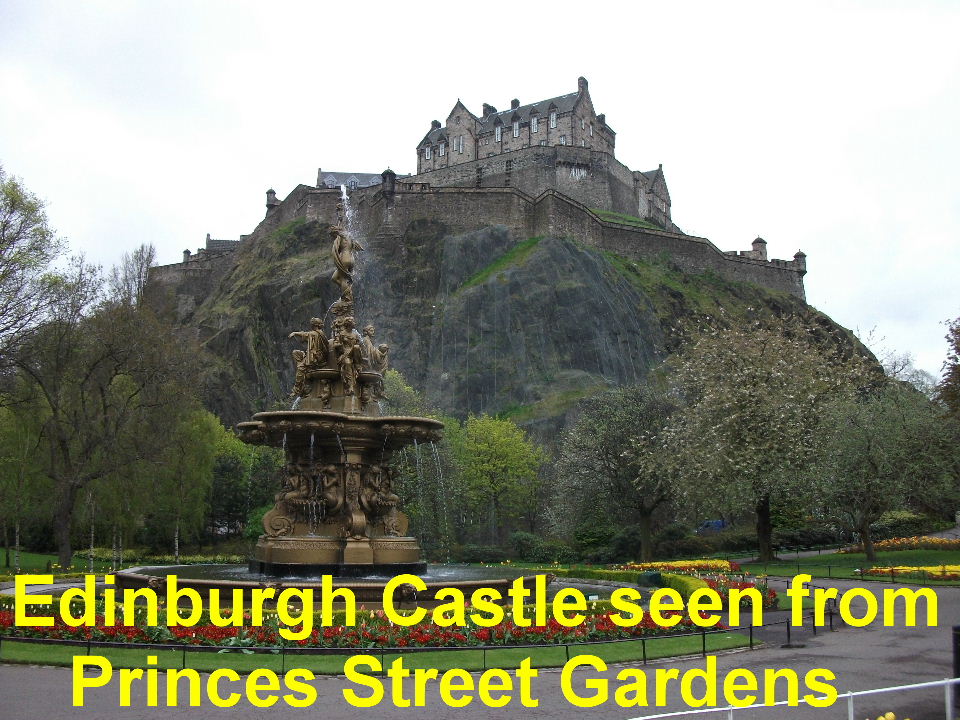 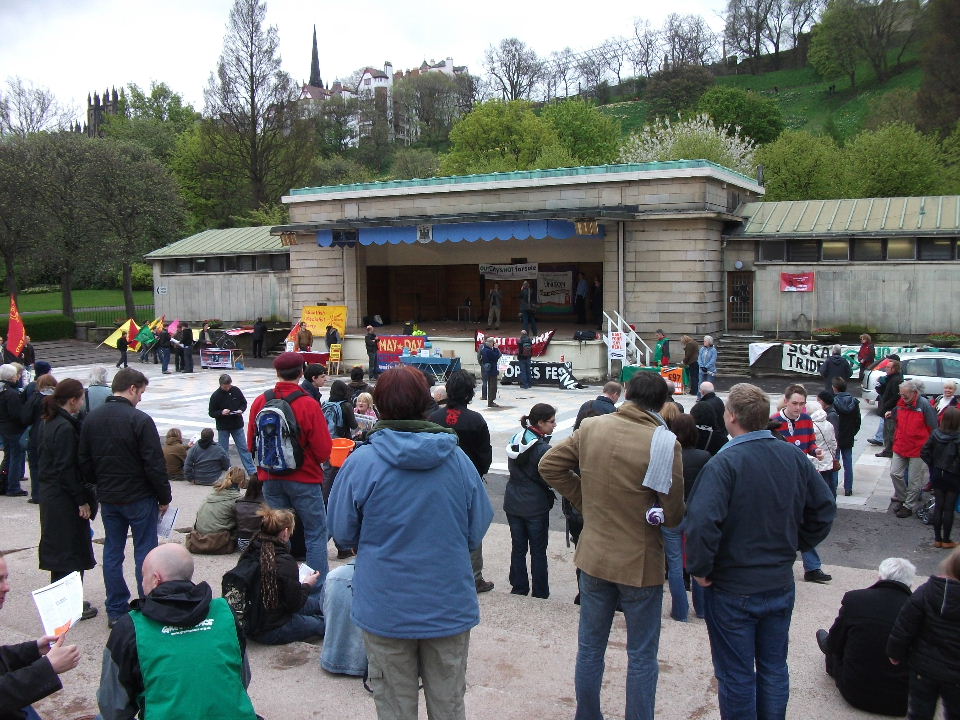 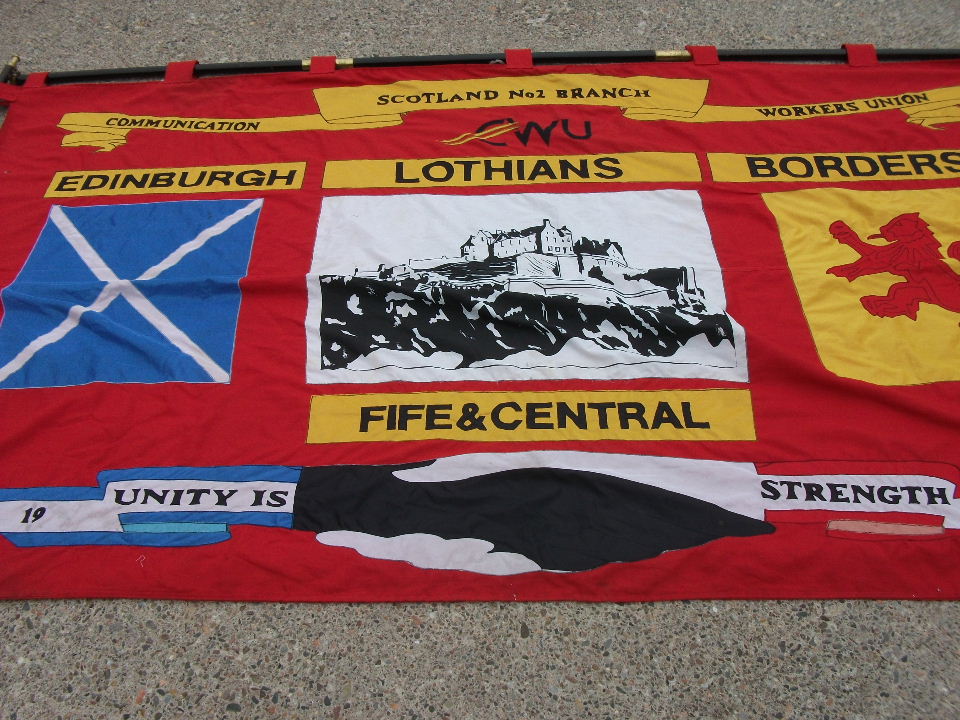 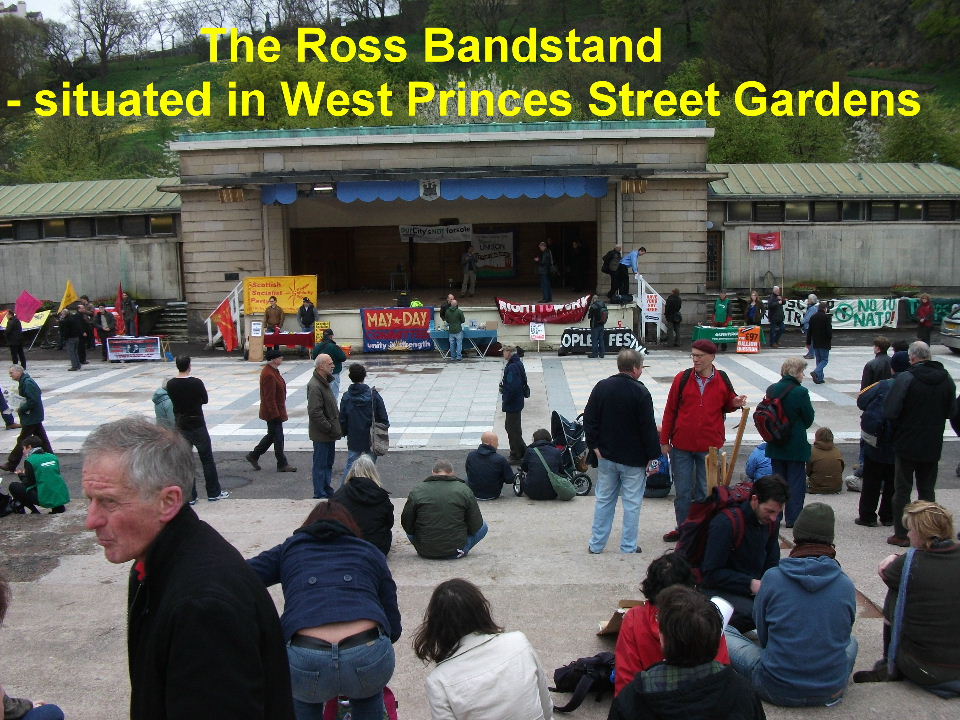 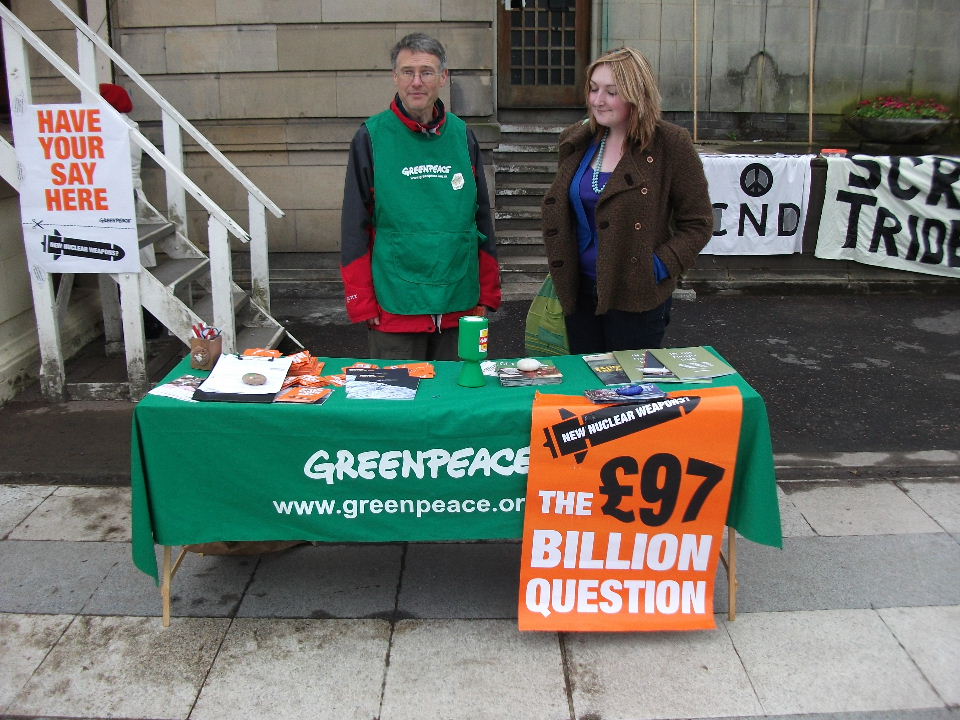 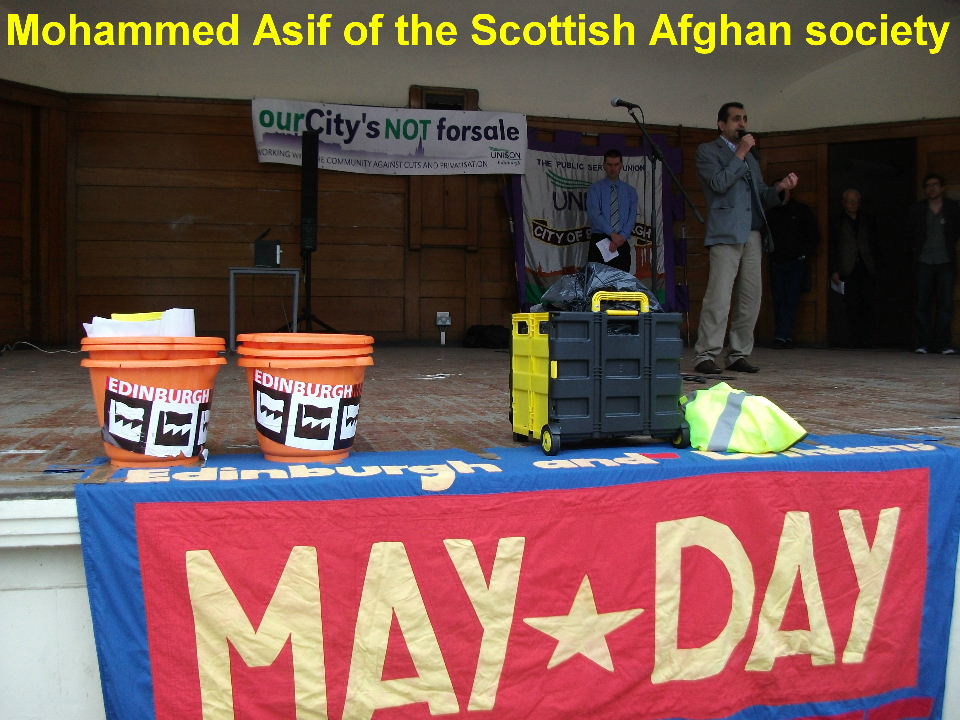 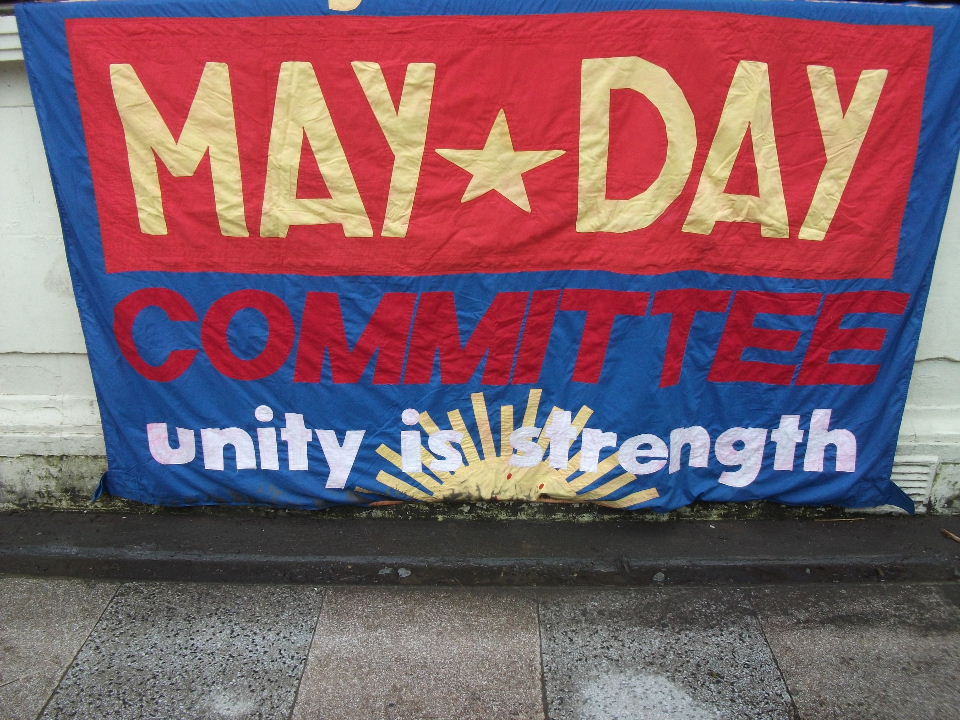 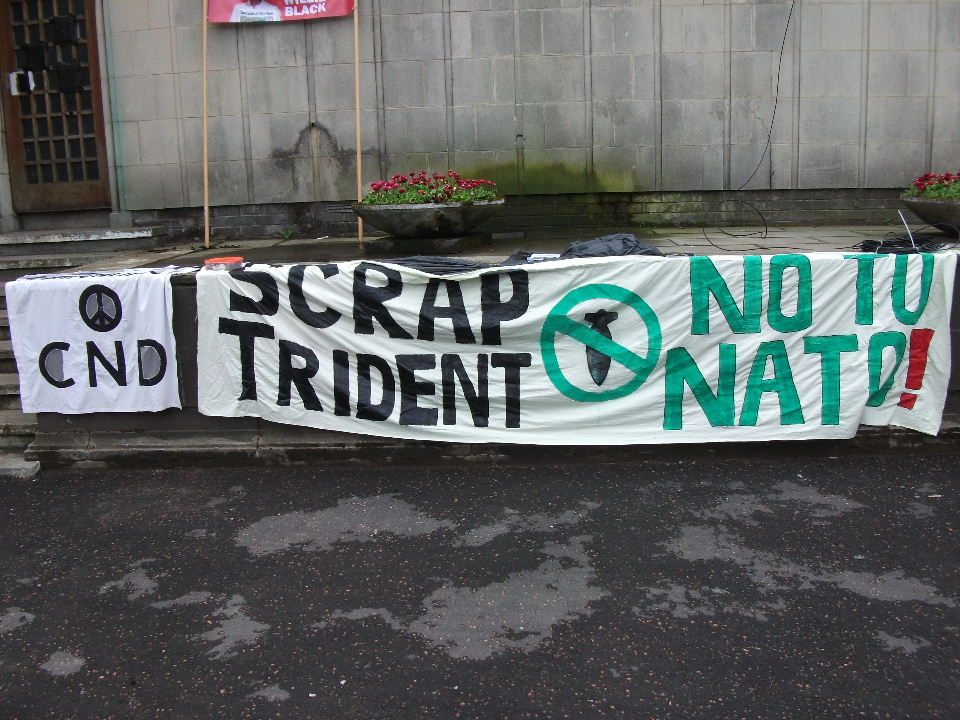 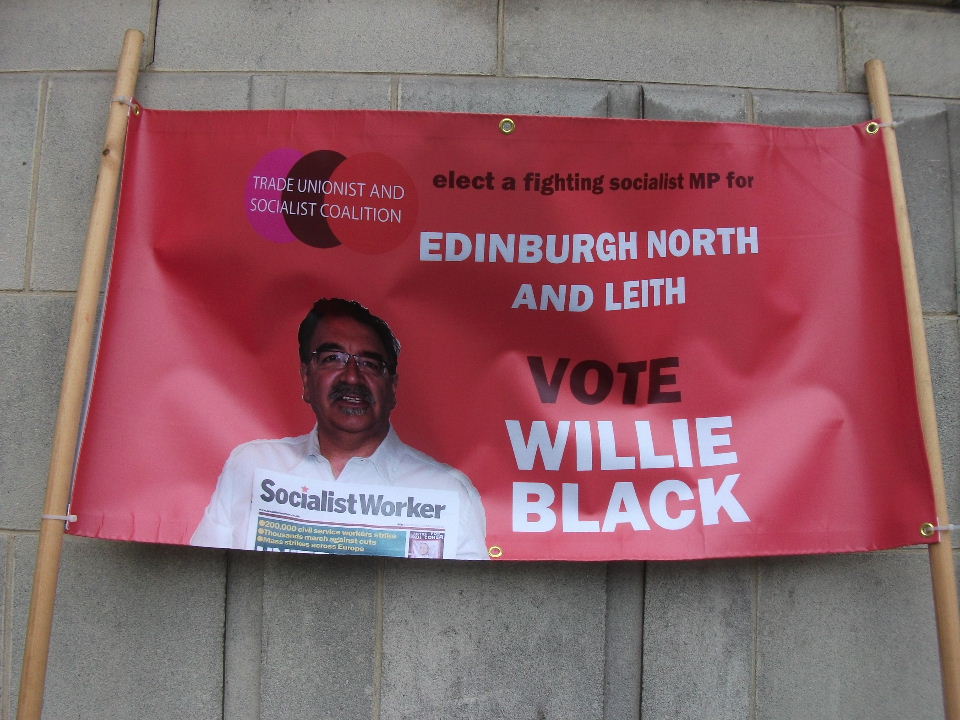 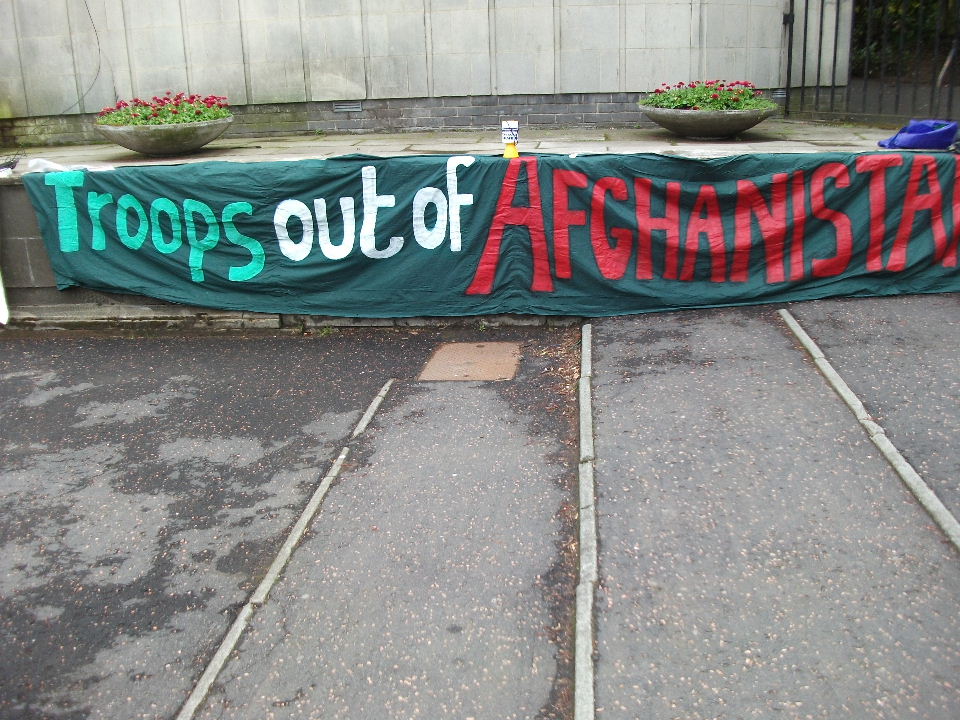 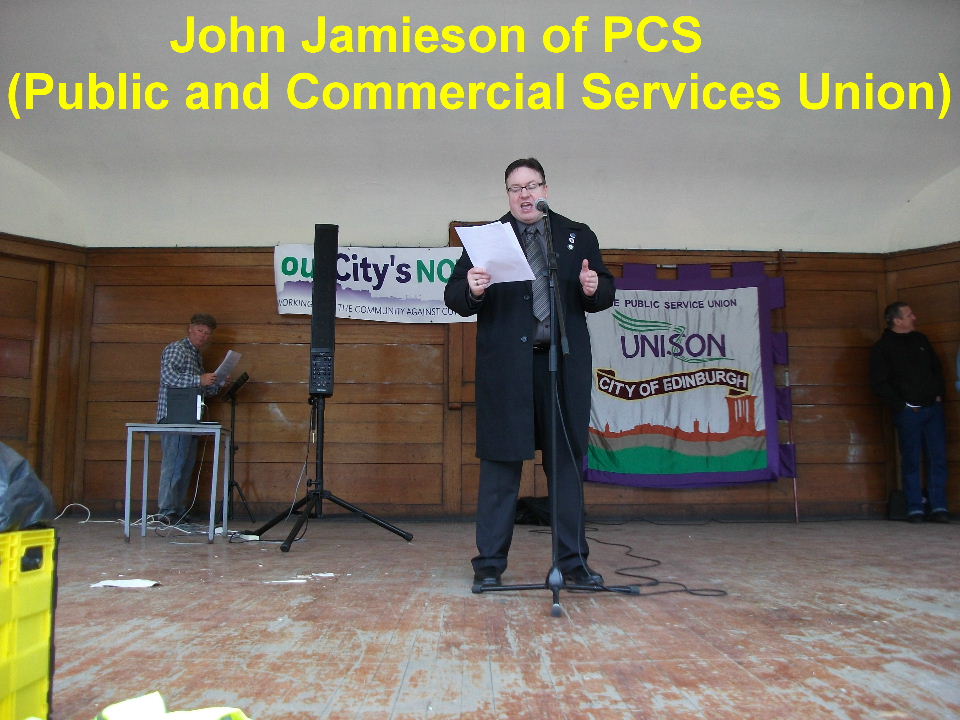 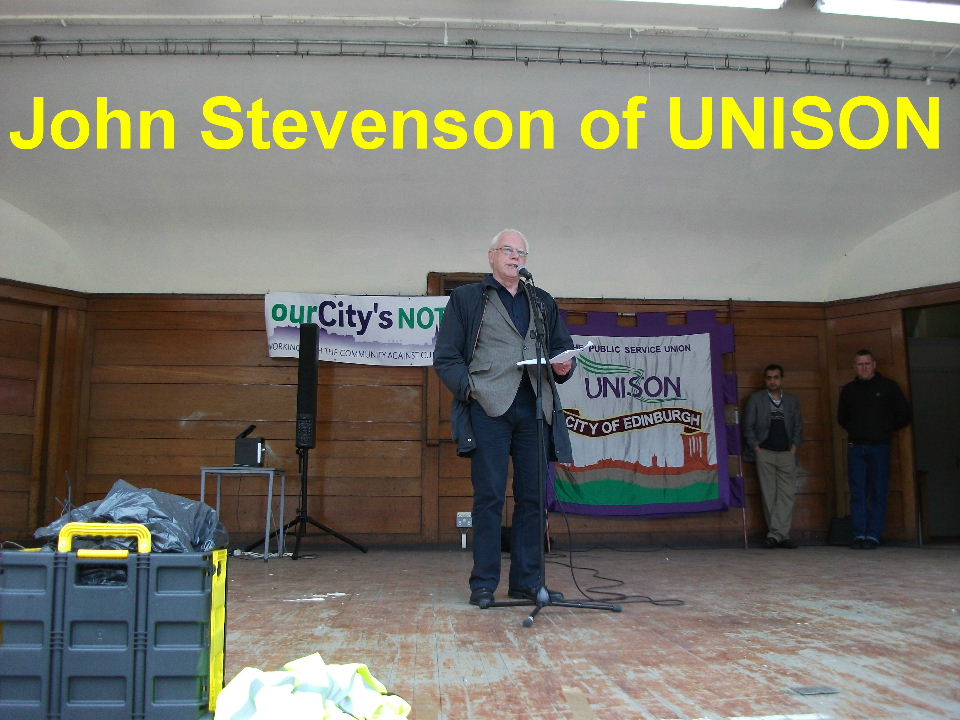 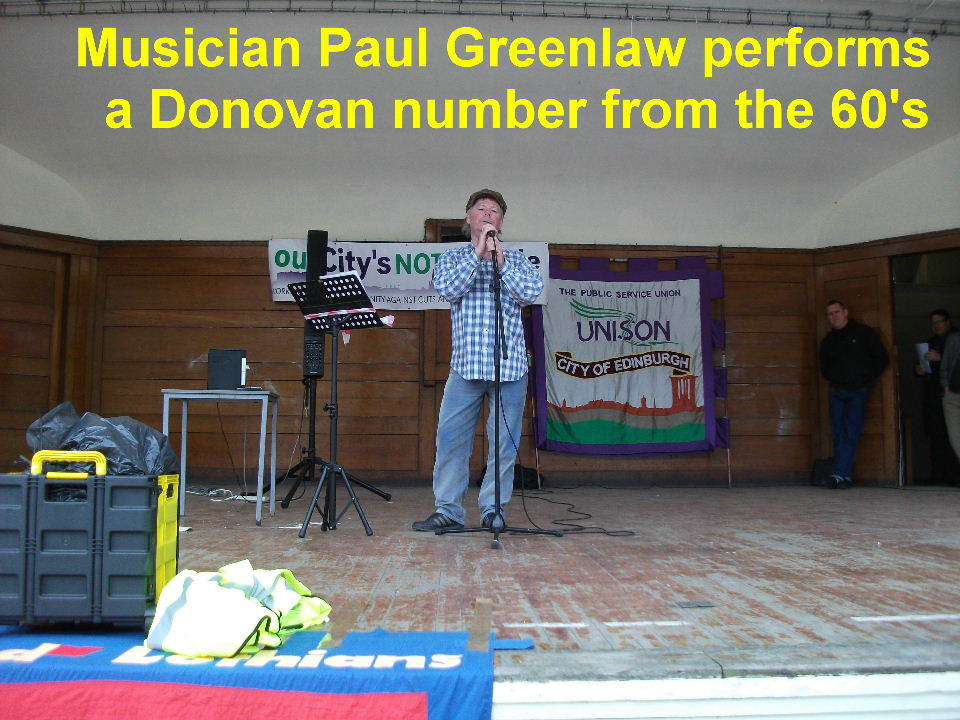 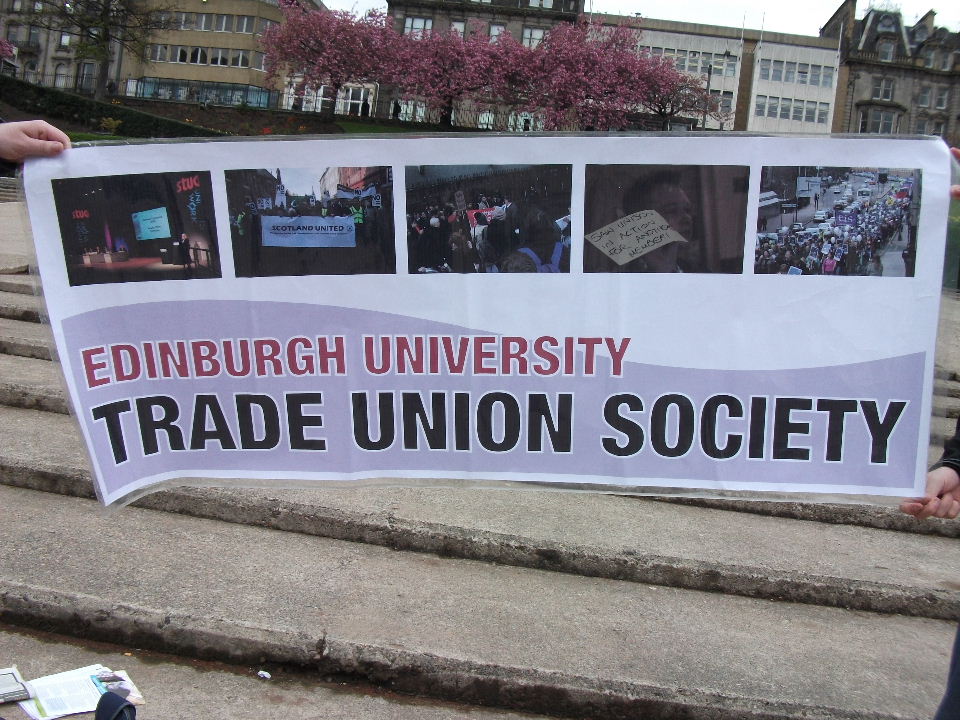 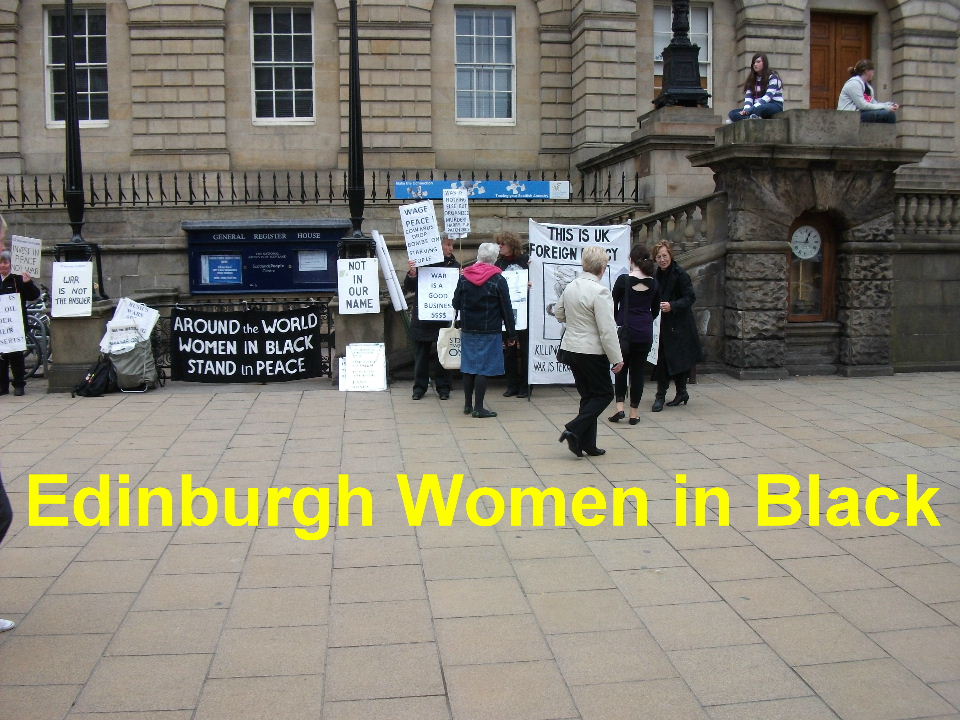 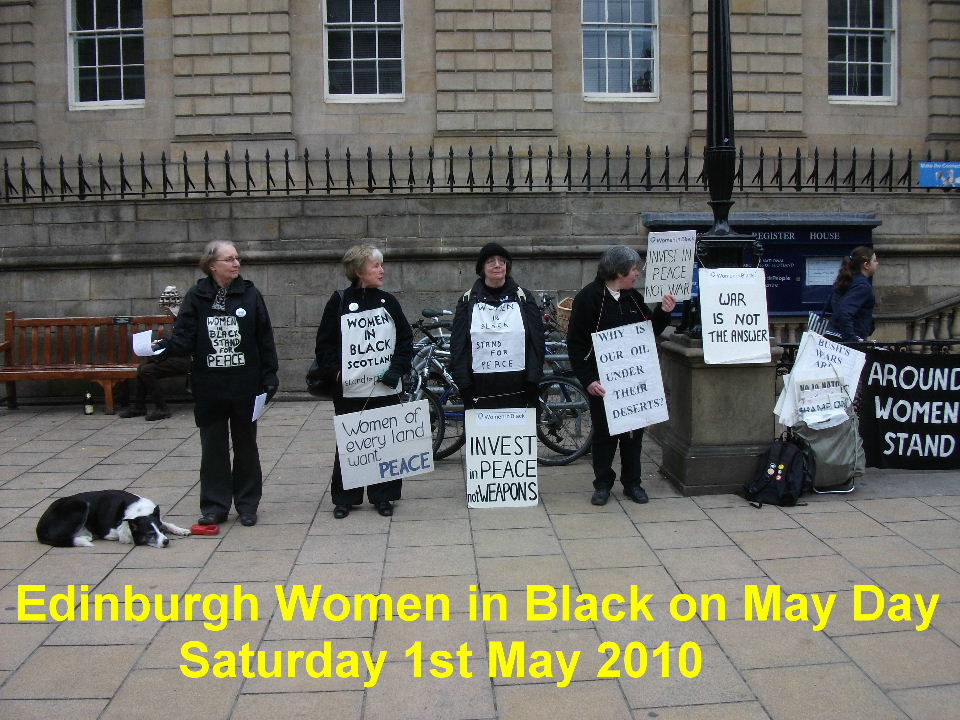 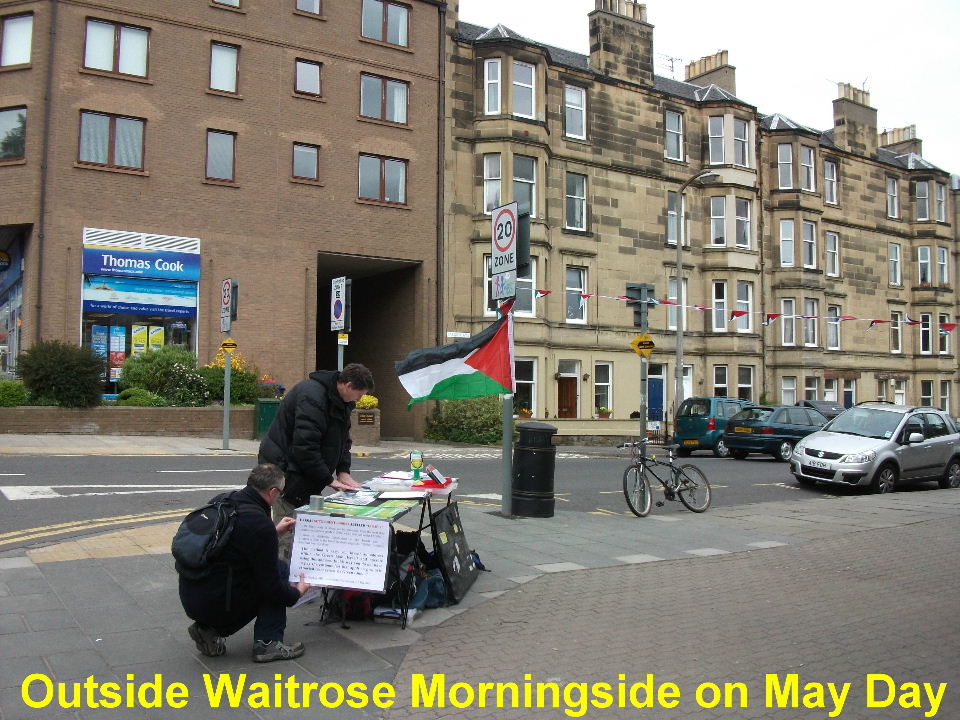 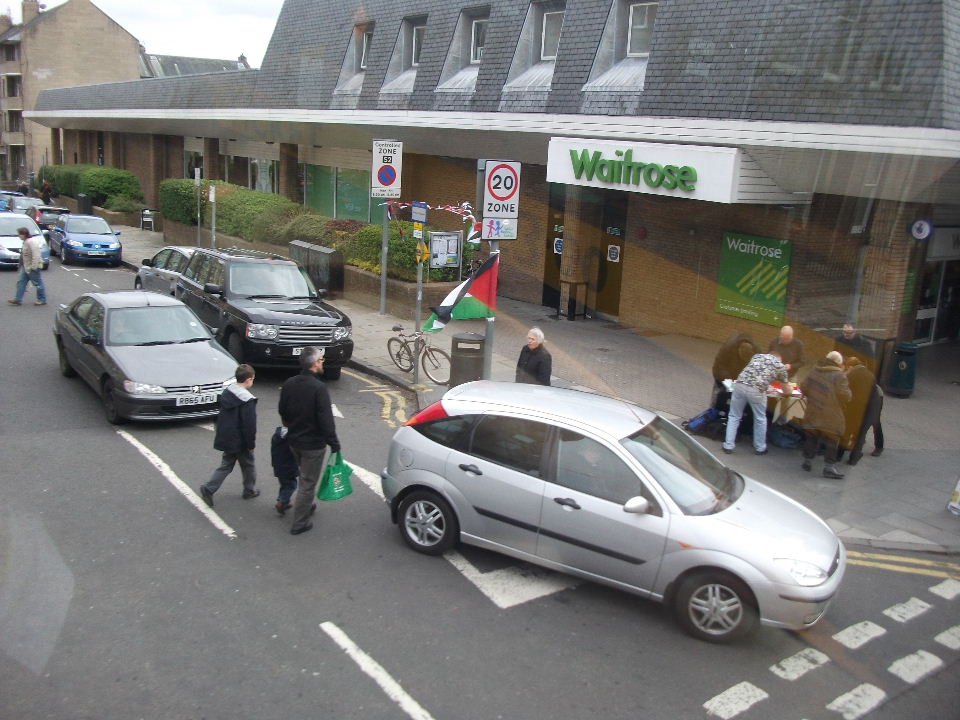 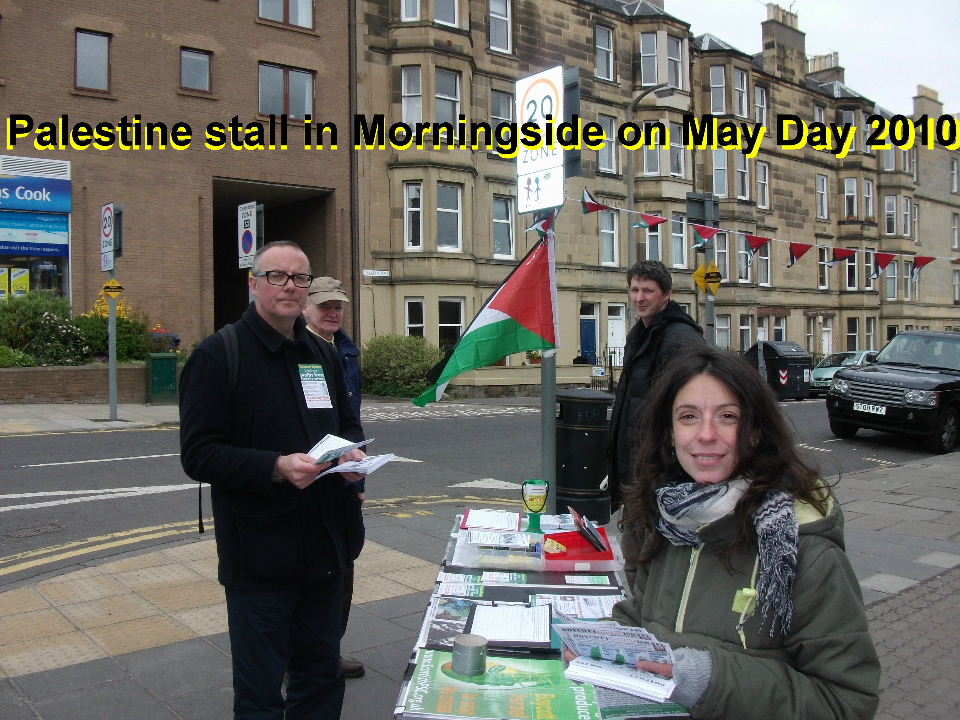 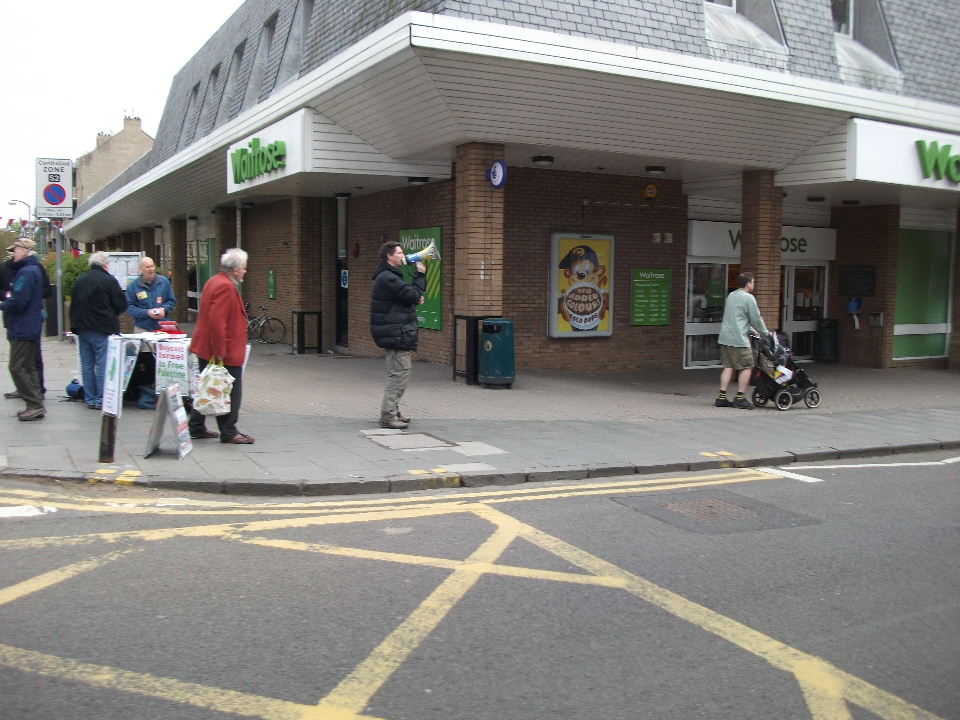 May Day march and rally in Edinburgh Saturday 1st May 2010


The annual May Day march and rally in Edinburgh assembled at a quarter to eleven on a grey and rather chilly Saturday morning at East Market Street, just behind Waverley railway station and then marched off at 11.30am going to the Ross Band Stand in Princes Street Gardens via New Street, High Street, George 1V Bridge, Victoria Street, Grass Market and Kings Stables Road.

On a cool and breezy day the numbers were not that great but a crowd of around a hundred assembled by the Ross Band Stand in West Princes Street Gardens to hear a variety of speakers.

The speakers include Mohammed Asif of the Scottish Afghan Society, John Jamieson of PCS and John Stevenson of UNISON. There was some music from Paul Greenlaw and a comic interlude from Keir McAllister.

Mohammed Asif spoke at length of the brutality of the occupation of Afghanistan which has now gone on for nearly nine yeras. He said that Afghanistan should be left to the Afghans and that the British and Americans should withdraw immediately.

John Stevenson of UNISON said that council taxes were being used for profits rather than services. He asked when politicians were going to respect public service workers. After all, none of them gambled millions of pounds like the bankers did. He said that the Liberal Democrat/SNP coalition in Edinburgh is heavily in to privatisation. He said; “Make the rich pay their fair share” and “End tax havens and “Cancel Trident” He spoke of the fact that the city of Edinburgh council had paid £6.4 million for consultants and finished his speech by saying emphatically: “Our city is not for sale!”

The event was coordinated by Jamie McCubbin who went on to introduce musician Paul Greenlaw who sang some songs from the 1960’s including the old Roger Miller classic ‘King of the Road’ which was number one in UK charts in May 1965.

John Jamieson of the Public and Commercial Services Union (PCS) said: “In essence – without any changes to the law there is £123 billion a year in the economy that could reinvigorate public services – much more money than any of the proposed savings that the parties have suggested on the election trail” He quoted Richard Murphy of the tax justice campaign on this point.

The final speaker was Aidan Murphy of the campaign to save Gorgie War Memorial Hall.

On the same day there were May Day events around the world. London saw a lively march with its conclusion in Parliament Square:


The BBC website reported violence at a number of protests in Europe including those in Turkey and in Germany:


14 photos of the Edinburgh event are included along with 2 photos from Women in Black in Edinburgh and 4 photos from the Palestine stall in Morningside, Edinburgh (all on the same day).