Chesterfield Mayday is traditionally one of the largest celebrations of International Workers’ Day in the region if not the country. Although substantially smaller than at its peak, the event continues every May bank holiday weekend.

Outside the LibDem office - video/mp4 3.4M 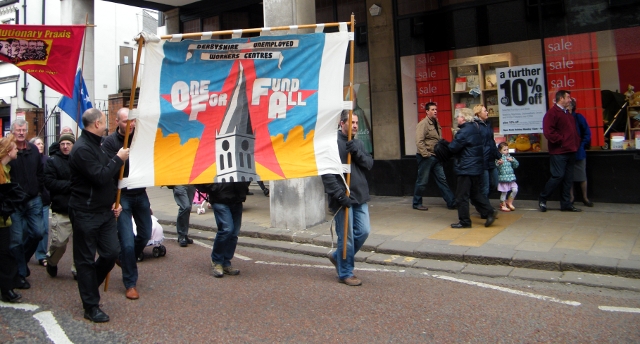 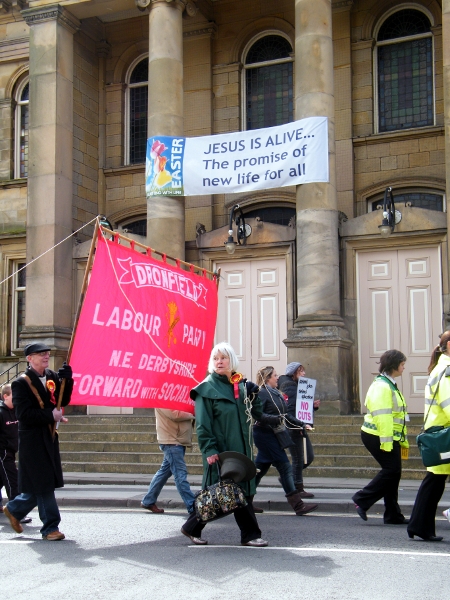 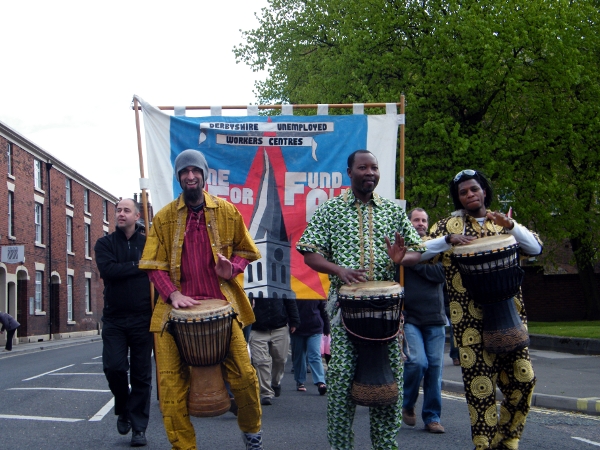 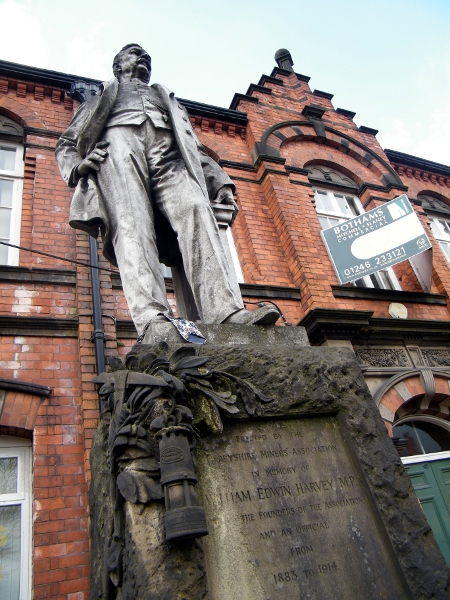 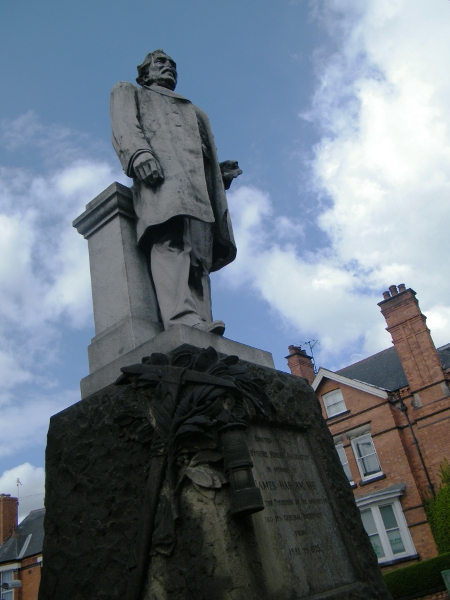 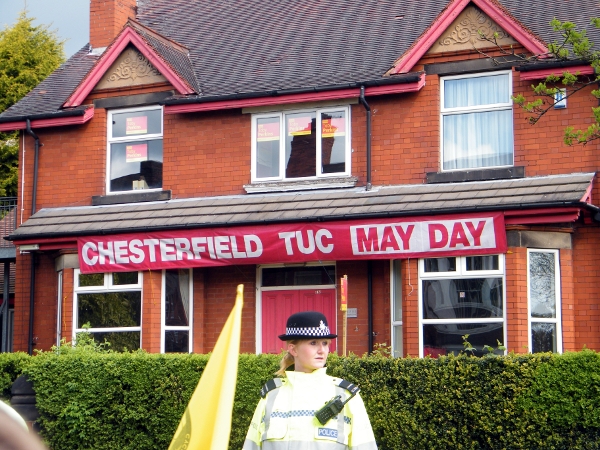 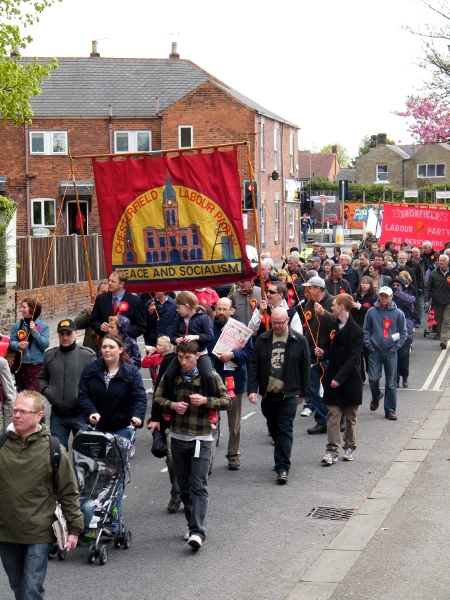 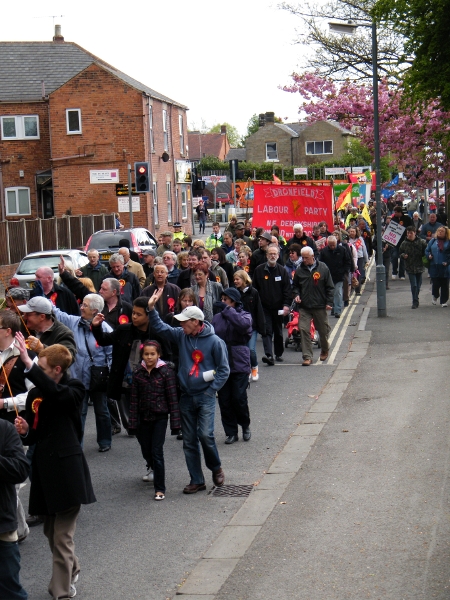 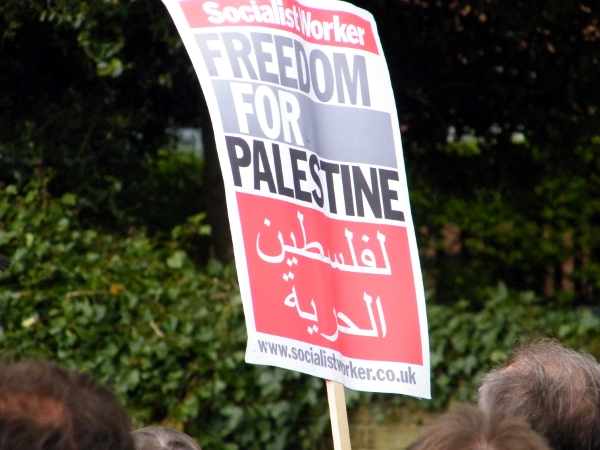 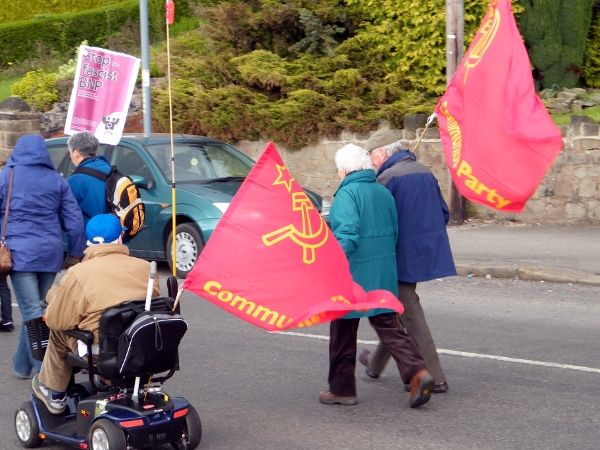 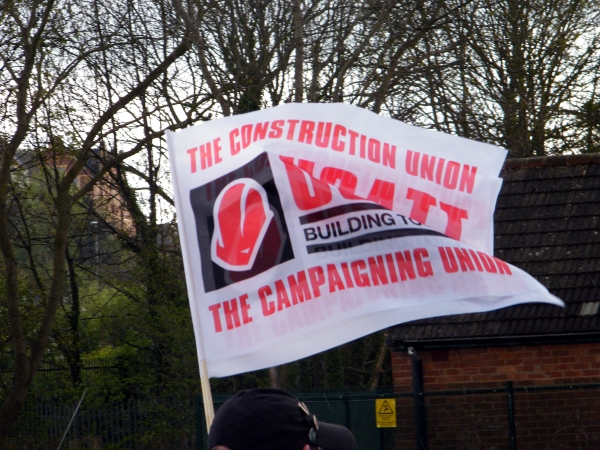 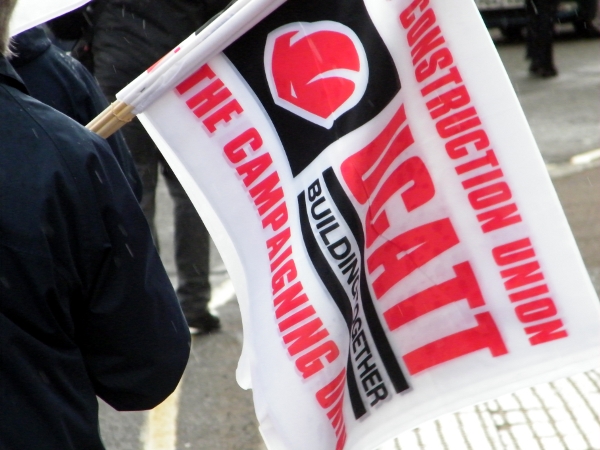 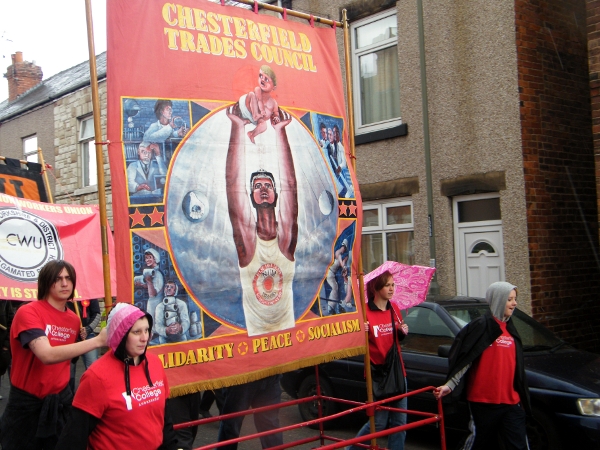 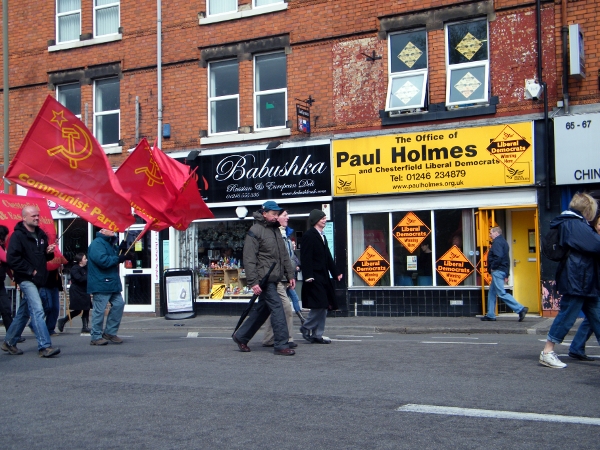 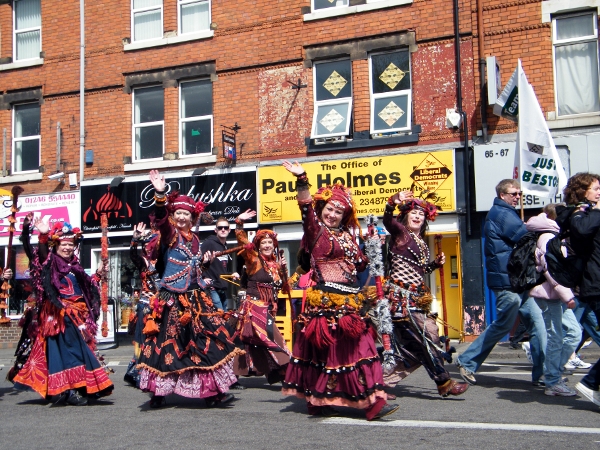 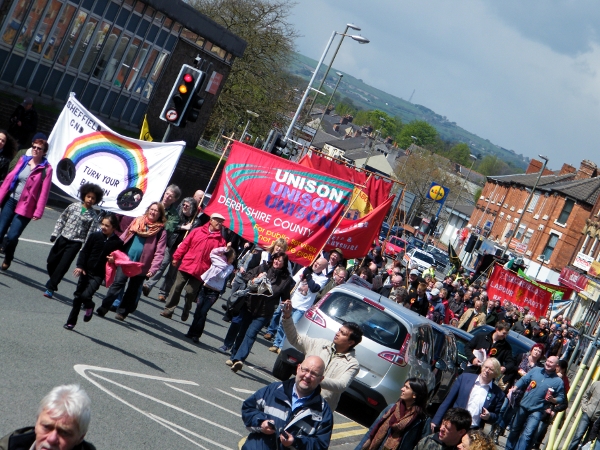 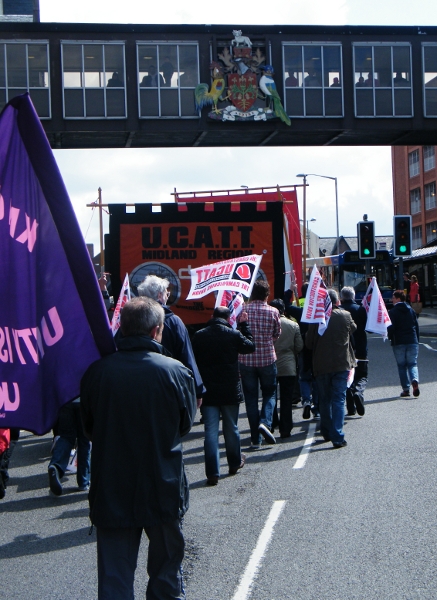 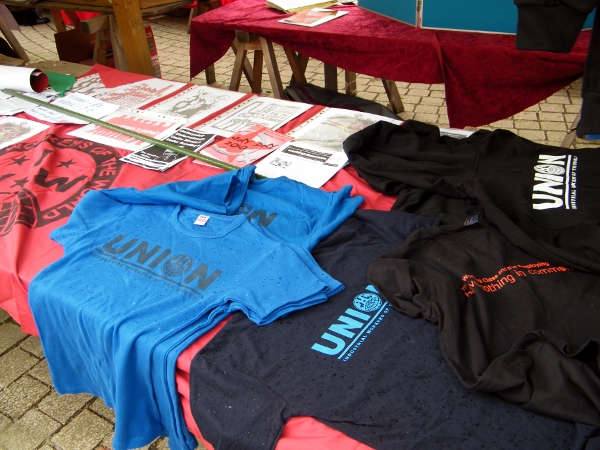 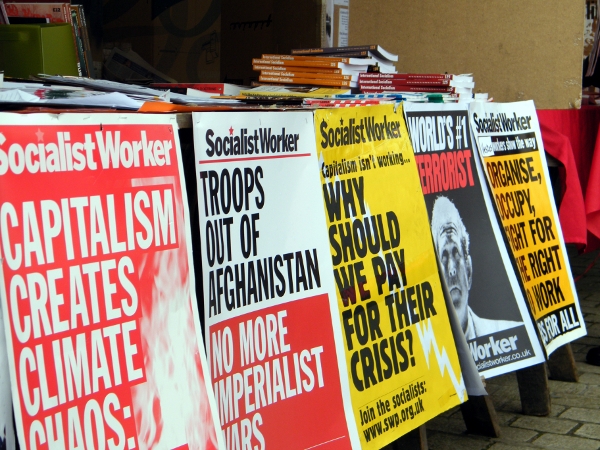 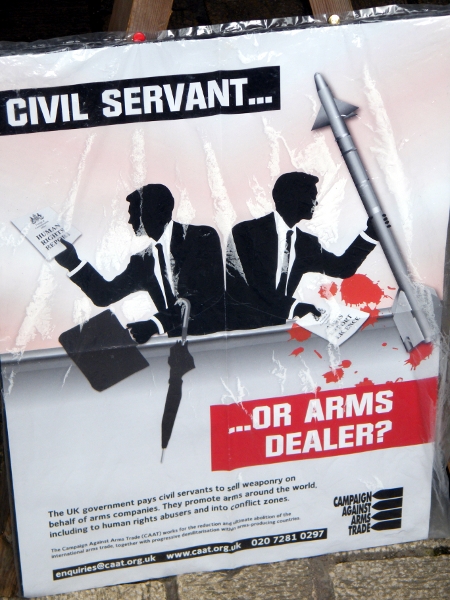 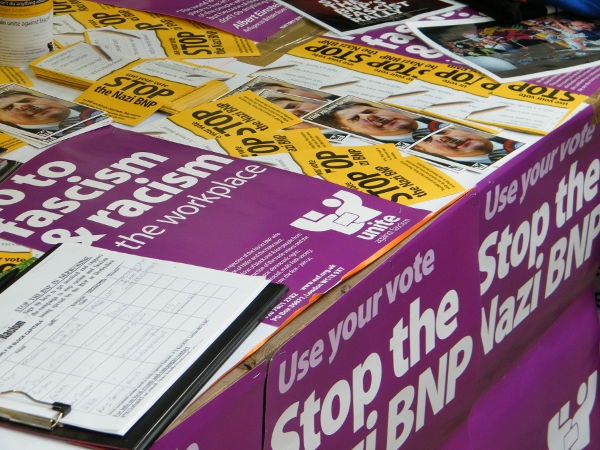 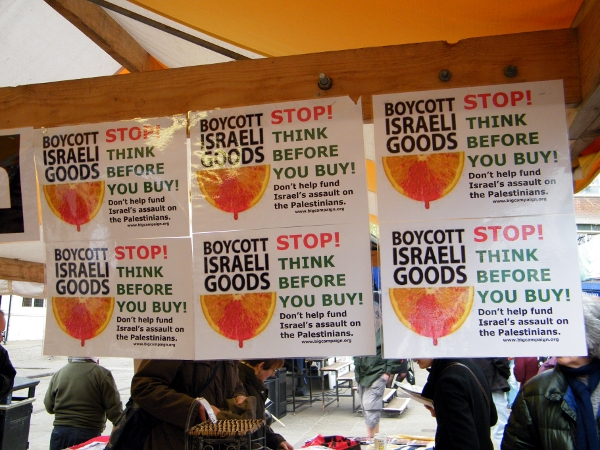 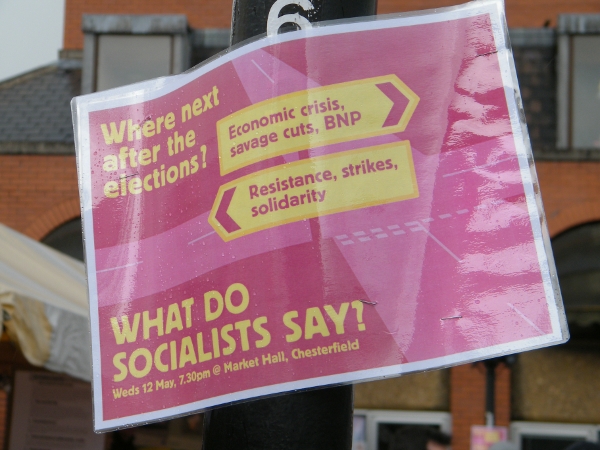 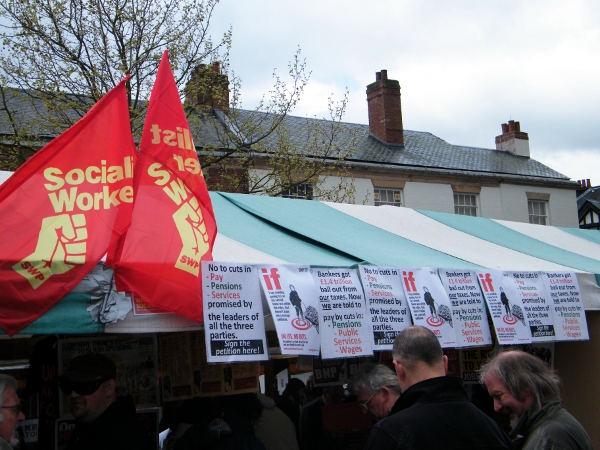 The 2010 event was attended by several hundred people with many groups represented.

Unions were present, but not in huge numbers. There were banners for UCU, UCATT, Unison and flags for Unite. GMB were inexplicably absent.

There were also banners, placards and/or stalls from Unite Against Fascism, Stop the War, Palestine Solidarity Campaign, Revolutionary Praxis, Greenpeace, Notts NUM and others.

I was particularly surprised by the prevalence of the Labour Party. I’ve never seen so many people from the party in one place and was a little surprised that they could still muster so many people or that any of them had the chutzpah to carry a banner with the slogan “Forward with Socialism” after 13 years of Blair and Brown.

The day consisted of a march followed by a rally. Marchers were entertained by the Urban Gypsies who had also been at Nottingham’s Mayday event and led by a brass band.

The weather was decidedly changeable going from sunny to rain to hail and then back again. Which inevitably meant that it would start raining just after I’d taken a layer of because it was too warm.

The most interesting moment on a largely uneventful march came when the demonstrators went past the offices of LibDem MP Paul Holmes when Socialist Party members and Labour Party members began chanting for him to be removed from power.

The march ended at the New Square where marchers were able to listen to speakers or peruse the many stalls (an odd mix of campaigning groups and plant sales).

There was some controversy when it emerged that UKIP had booked a stall (apparently under false pretences) and found themselves being harassed by lefties. The police turned up and spent a long time hanging around their stall. Suffice to say, I can’t see them having secured many votes out of the exercise.