The overtime bill for the police has reached an unprecedented £400m as independent research reveals the true cost of keeping bobbies on the beat and criticises the current price we pay for the police. It also recommends a fundamental rethink in the role and purpose of the police. 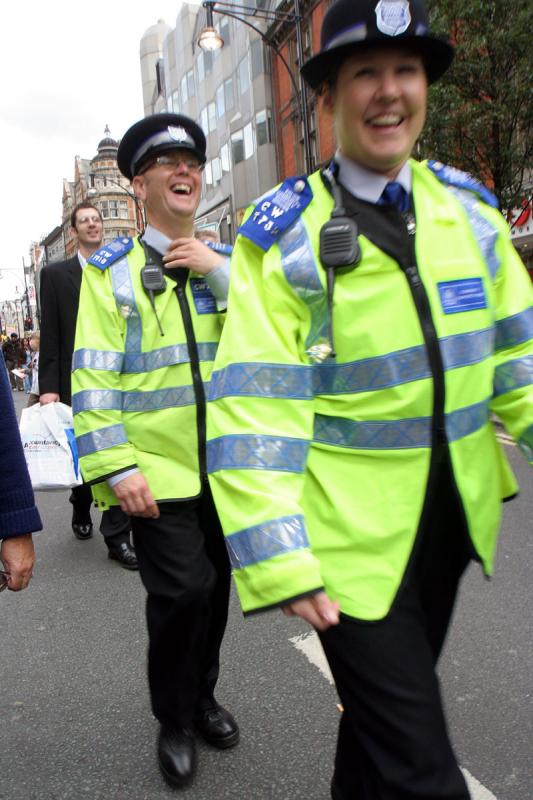 The report by The Centre for Crime and Justice Studies (CCJS), the first independent study of police authority spending over the last decade, found that police expenditure grew in real terms from £9.83 billion in 1998/1999 to £14.55 billion in 2008/2009. Much of the burden of this rise fell on local council taxpayers, rather than the Home Office. It also revealed overtime payments have risen by a staggering 90 per cent as police are using dishonest methods to boost their incomes.

By far the major portion of the increased spending - just over three quarters - has been devoted to staffing expenditure, with rising numbers across the different staff sectors. Over the decade, the number of officers rose by more than 15,000 to 142,151 with more than 16,000 police community support officers being recruited. Despite this it 'did not bring about the expected decline in overtime' the report noted.

One trick police use is to claim overtime of four hours at a rate of time-and-a-third for simply taking a call and making a decision after their shift has finished. Another practice is for officers to claim double time for working at short notice on their rest day. Unsurprisingly the highest overtime rates were in the Metropolitan Police where on average officers took home an extra £4,483 a year.

Richard Garside, director of CCJS said: "Spending has gone up by nearly a half but the value of this huge increase is much harder to pin down. We now have the largest police service ever. Yet there seems to be no clear rationale behind this incremental growth, nor a clear measure of its success".

Despite threats by the Tories to introduce massive cuts in public spending they made no firm commitments to curb the runaway policing bill in their manifesto pledges. The policing cost for the G20 protests where demonstrators were attacked and injured by police was estimated at £7.5million.

The report finished on a stark warning: "A new political debate about police numbers could become a sterile diversion unless there is a fundamental discussion about what the police are for, and what that means for the public purse."

Coppers are dishonest and on the fiddle

What a shocker. Next they'll tell us that the politicians are, too. Oh, hang on...

Ministry of the Bleeding Obvious

Filth dealt with as they should be.

The best way to deal with the filth is to stay as far away from them as you can.

The best way to deal with the police is with a brick or a molotov, The Greeks have the right idea.