'Rabbits' and 'Vivisectors' take action a week after the 14th International Day of Action against Proctor and Gamble (P&G). 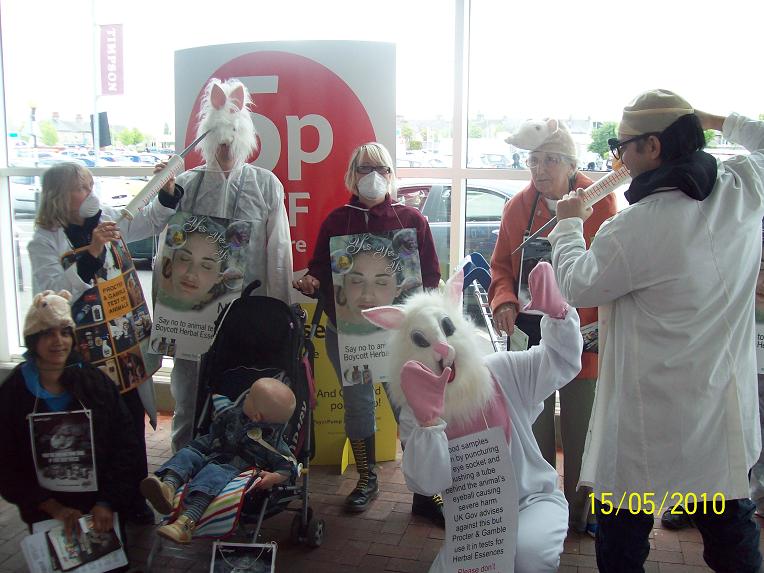 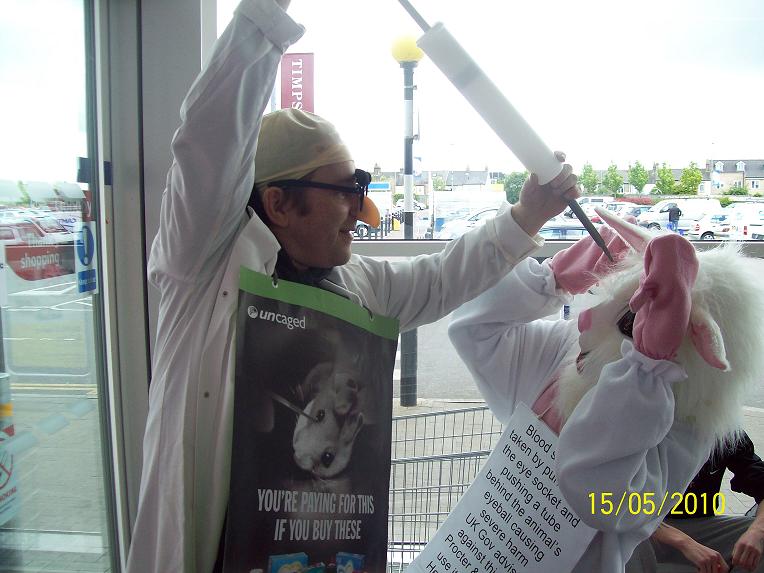 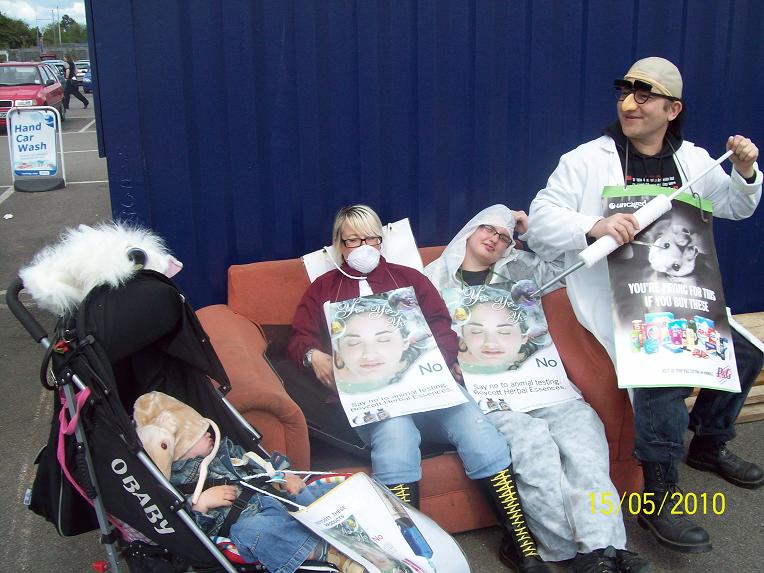 Protesters can be couch potatoes too... even if it is on an abandoned couch 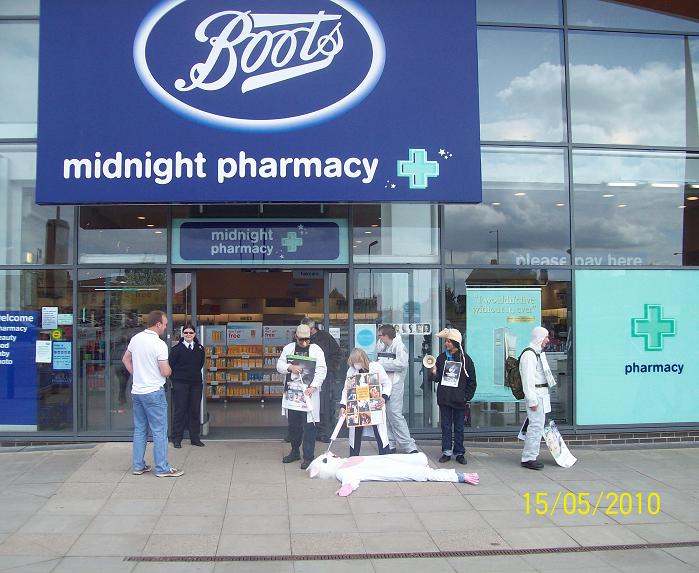 Midnight Pharmacy? Ain't they open any other time? 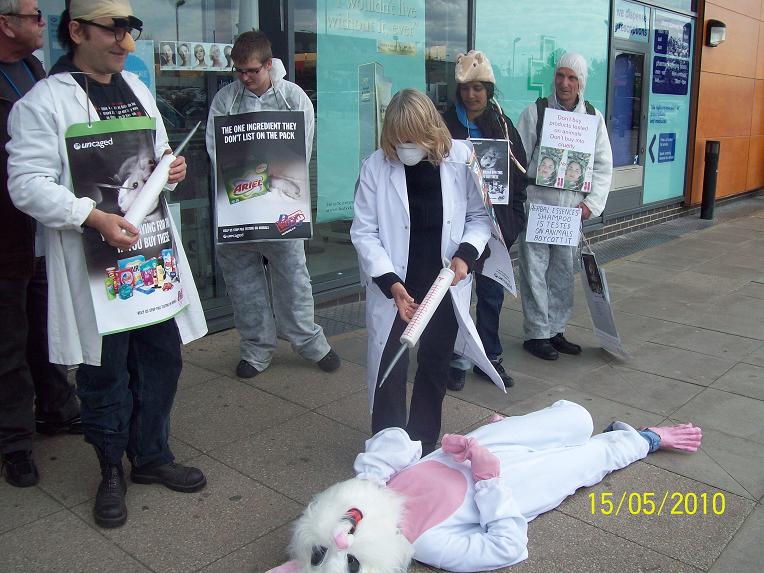 Rabbit Dead: from testing or from the shock at the crap Boots' sells? Who knows?

'Rabbits' and 'Vivisectors' demonstrated at ASDA and Tesco Cambridge (as well as a quick photo call at Boots) to protest the cruelty behind Proctor and Gamble's animal tests. The activists from Animal Rights Cambridge were acting in support of the 14th International Day of Action against Proctor and Gamble (P&G) who are at the centre of a global boycott over their cruel testing of household products .

Proctor and Gamble are responsible for a huge array of products including Herbal Essences, Ariel, Fairy, Bold and even animal food under the label Iams/Eukanuba.

The public was very receptive and all our leaflets were given out. The public don't like animals being abused for washing up liquid – get the hint P&G!

A successful working relationship was established at Tesco where we were prevented from entering the store but security gave up requesting that activists didn't stand in their enclosed entrance.

ASDA was, as ever, more trouble. A protester's finger was slightly grazed by a security guard who works for British Land (who owns the land around ASDA) and a complaint was made. Police have informed the activist that the security man will be arrested.

We have video up now: