Several hundred demonstrated opposite Downing St on the anniversary of the 1948 expulsion of Palestinians from their land, calling for an end to Israeli occupation and breaches of international law. London, UK. 15/05/2010. Photographs copyright (C) 2010, Peter Marshall. All rights reserved. 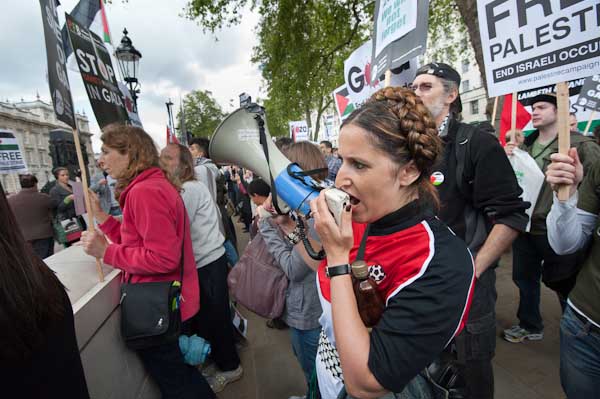 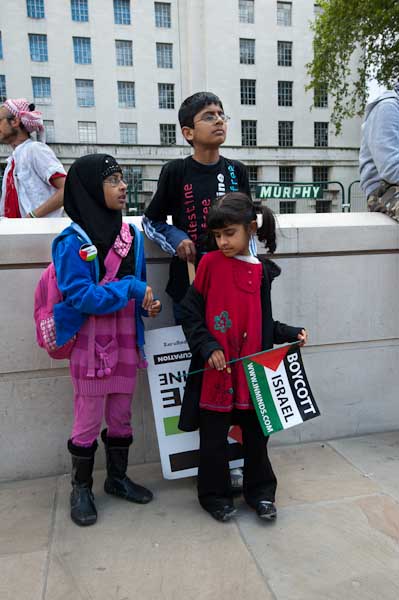 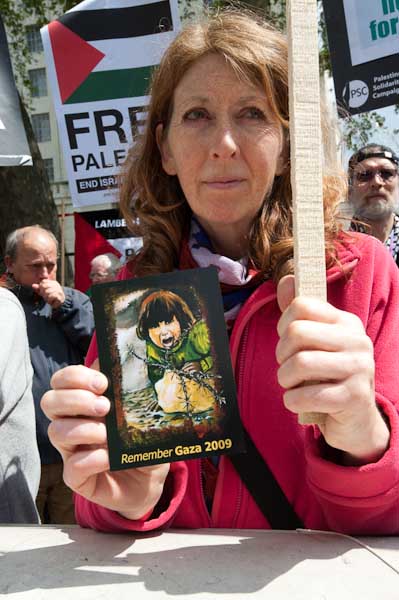 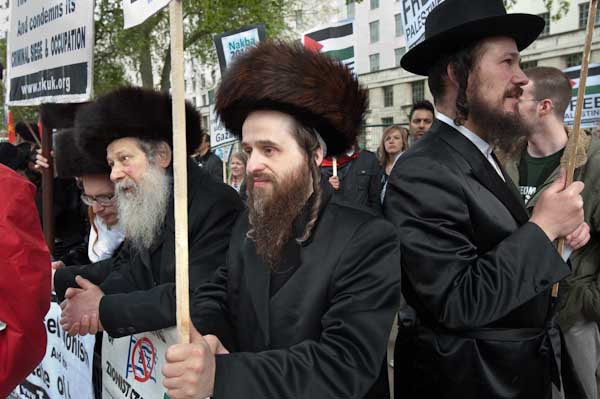 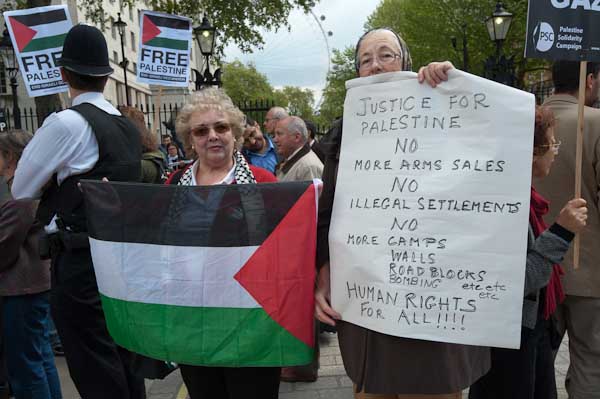 Nakba (catastrophe) is the name given by Palestinians to the destruction of over 400 Palestinian villages and the creation of around 700,000 Palestinian refugees in the 1948 partition of Palestine to create the state of Israel. The annual commemoration is on May 15, the day after the anniversary of Israeli independence, and demonstrations take place around the world, calling for justice for Palestine.

The London protest was organised by the Palestine Solidarity Campaign, British Muslim Initiative, Stop the War Coalition, CND and the Palestinian Forum in Britain. A few of those taking part told me that they resented the presence of some political groups that seemed more interested in promoting their own organisations than the Palestinian cause, but others pointed out that these groups give a great deal of support to this as well as many other political causes.

The crowd filled a large section of the penned area on the opposite side of Whitehall with banners and placards and chanted slogans calling for an end to the illegal Israeli occupation of Palestinian land and an end to the siege on Gaza. They called on Israel to stop encouraging and building settlements on Palestinian land, and to close down existing ones. They also want Israeli war criminals to be brought to justice, and for international governments not to try to prevent warrants being served on them.

There were also calls for a boycott of Israeli goods, and for the enforcement of a ban on the illegal import of those produced on the settlements. The EU should end its association agreement with Israel and there should be a block on selling arms to Israel.

The protest took place only days after the Organisation for Economic Cooperation had voted unanimously to invite Israel to join this group of rich nations, despite the objection of the Palestinian Authority, whose Foreign Minister had written a letter to the 31 countries stating that to do so would mean "giving legitimacy to its policies and accepting its aggressive and racist practices against the Palestinian people" and pointing out that the restrictions that Israel imposes harm the economic development of Palestine and are contrary to the free trade principles of the OECD.

Among those demonstrating were a group of ultra-orthodox 'Neturei Karta' Jews who are opposed to Zionism and refuse to recognize the existence or authority of the so-called "State of Israel." They claim to be true followers of the Torah which prohibits the use of human force to establish a Jewish state before the coming of the Messiah. They support the right of the Palestinians to their land, which should be returned to them, and would like Jews such as themselves to be able to live in peace and harmony with their Muslim neighbours in Palestine as their ancestors did for many centuries.

The Neturei Karta had walked the roughly six miles from Stamford Hill to take part in the demonstration on the sabbath, and after it would have to walk back home. The demonstration remained peaceful and at the end of its scheduled two hours dispersed quietly, with some going on to join other nearby protests.

A similar report with more pictures was posted yesterday on Demotix: