Tate Modern was forced to close down parts of its No Soul For Sale tenth anniversary exhibition on Saturday (15 May) whilst it struggled to remove dozens of dead fish and oil-soaked birds hanging from huge black balloons let loose in the Turbine Hall. 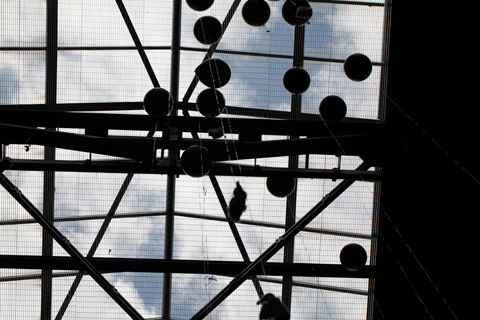 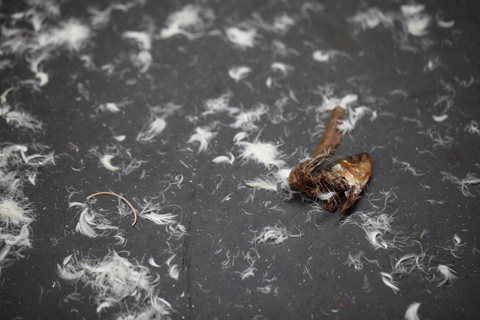 Art activists from LIBERATE TATE, a growing network dedicated to ensuring the museum drop its sponsorship deal with BP, entered Tate Modern's Turbine Hall and released dozens of helium-filled black balloons with dead animals(*) attached. Crowds of tourists and art lovers gathered to watch the balloons rise up in the air until they filled the ceiling of the Turbine Hall.

Josephine Buoys, who took part in the art action, said: “We took this action whilst Tate sponsor BP is creating the largest oil painting in the world. Across the Gulf of Mexico ecosystems and livelihoods are being devastated by their oil spill. Every day Tate scrubs clean BP’s public image with the detergent of cool progressive art. Yet there is nothing cool about a corporation that cares more about its profits than life or the future of our fragile world.”

By late afternoon Tate staff had burst some the oil bubble-like black balloons by climbing onto a high gantry, but many remained out of reach and the rotting fish and sea birds hovered above the evening's celebrations headlined by Thurston Moore of Sonic Youth. Rumours circulated that Tate would commission a marksman to shoot the remaining balloons down from the top of the former power station.

LIBERATE TATE said: "Every time we step inside the museum Tate makes us complicit with acts that are harming people and creating environmental destruction and climate change, acts that will one day seem as archaic as the slave trade. We call on Tate to become a responsible, ethical and truly sustainable organisation for the 21st century and drop its sponsorship by oil companies. As a public institution the Tate’s Trustees, chaired as they are by an ex-CEO of BP, must abandon its association with BP. All visitors to the Tate must be able to enjoy great art with a clear conscience about the impact of the museum on society and the environment.”

http://bit.ly/9RFfxJ) throughout the Tate Modern 10th anniversary promising further actions to 'free art from oil' by artists and activists across Britain until Tate ends its association with BP.

LIBERATE TATE have issued an open invitation for artists, activists, art lovers and other concerned members of the public to act to ensure that Tate ends its oil sponsorship by the end of 2011 ahead of Tate Modern's expansion into its cleaned out underground oil tanks.

(* - the fish were bought sardines, and the birds were made by members of Liberate Tate)

A good action and very intuitive but why did you have to use real fish :(

Congratulations to all concerned (though I agree with the previous poster about the fish): what a fabulous piece of performance and protest, while the balloons will be a reminder for a few days to come!

Let's hope Tate can get some more ethical sponsors: I adore Tate Modern, and I'd hate to see it suffer financially. Just hope that some better firms will put their hands in their pockets and help to keep the place so vibrant!