Over 40 people gathered in Cambridge Market square today in an emergency vigil, to protest against the Israeli attack on the aid flotilla. Israeli commandos boarded one of the humanitarian aid ships at dawn and killed over 10 people.

The vigil was called at very short notice, and coincided with the larger demo outside Isreali embassy in London. In Cambridge people gathered with peace signs as well as plackards with slogans such as "stop the occupation", and "end the blockade on Gaza". Leaflets were distributed with background on the occupation of Palestine, and activists chalked the news on the pavement. 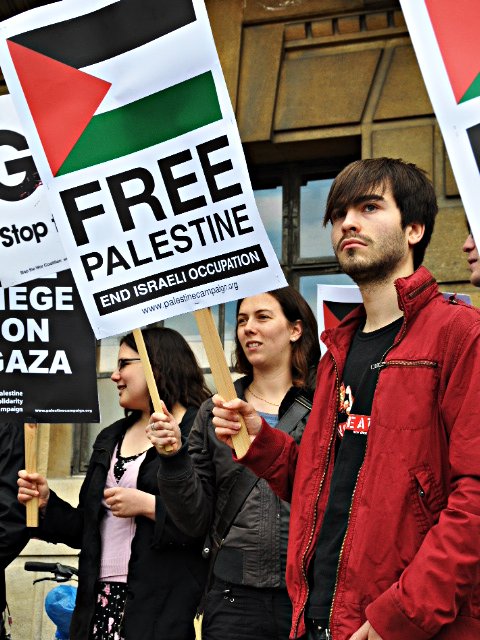 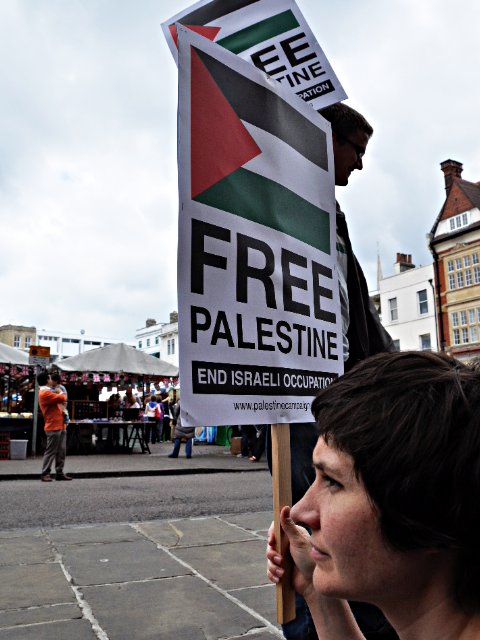 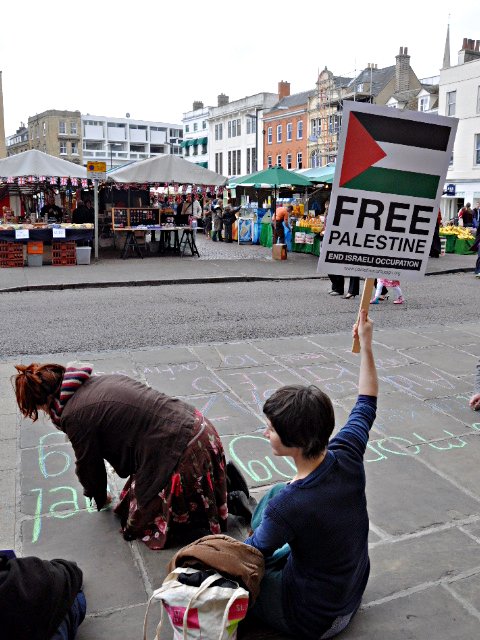 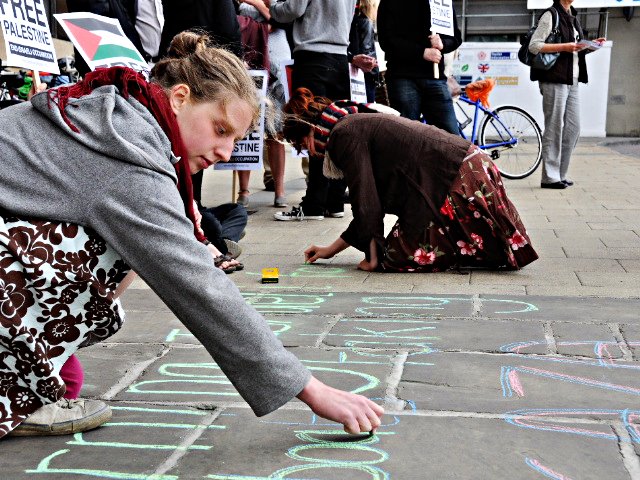 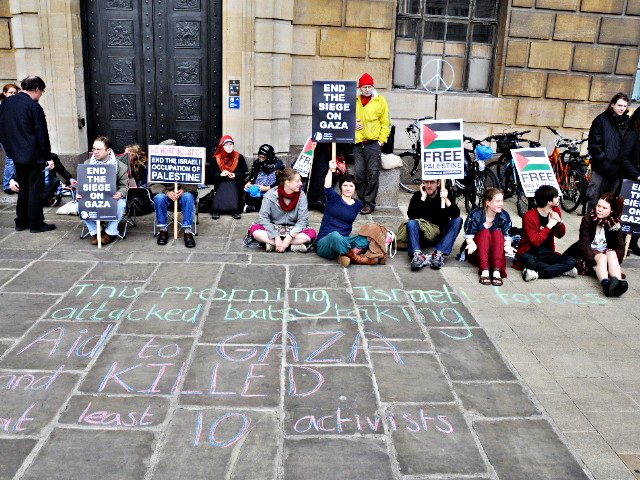 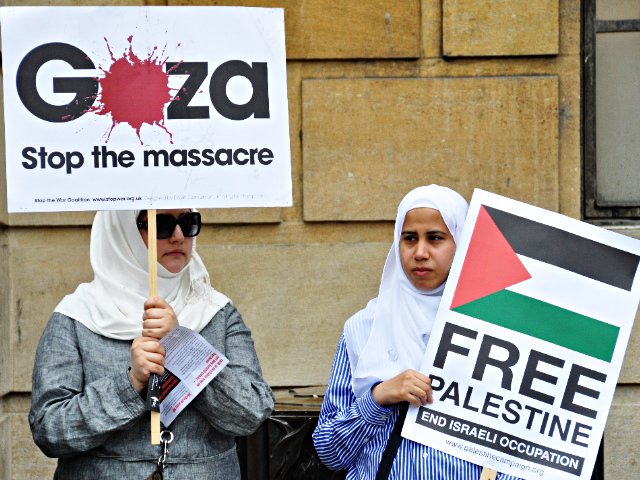 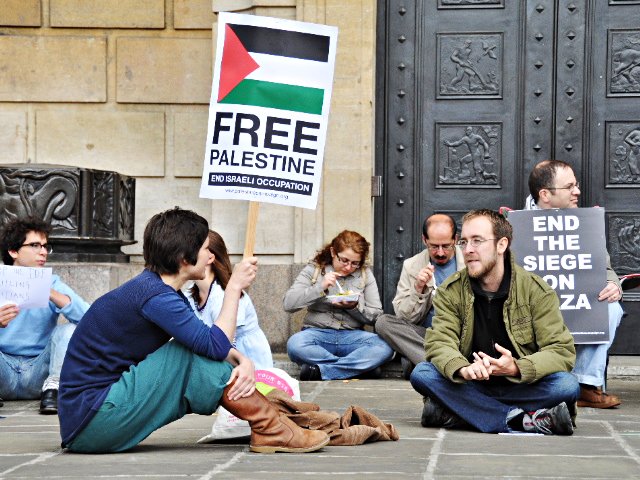