Angered by Israel’s murder of unarmed civilians on board the Gaza flotilla carrying humanitarian aid, concerned residents and students from across Nottingham held a protest in the Market Square today. 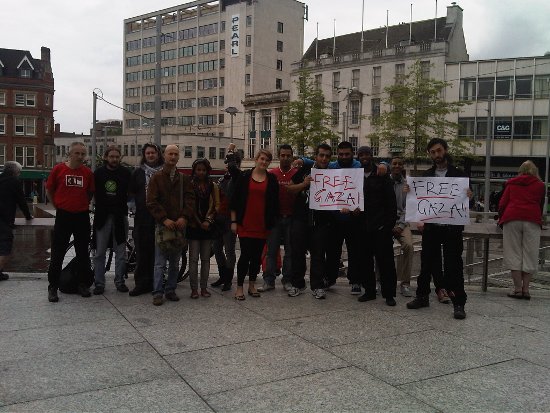 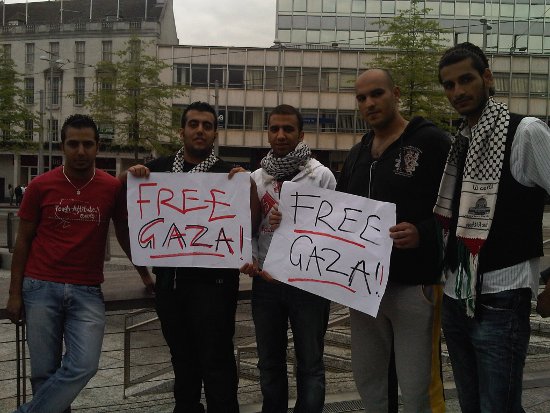 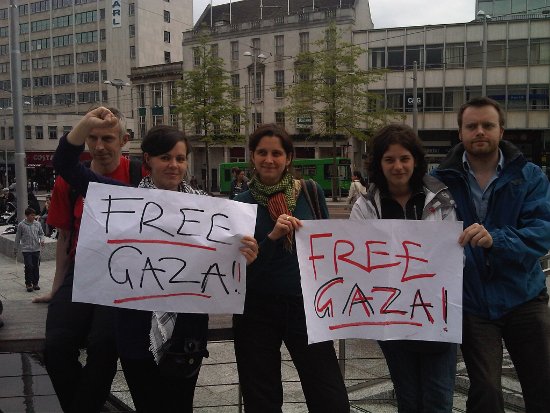 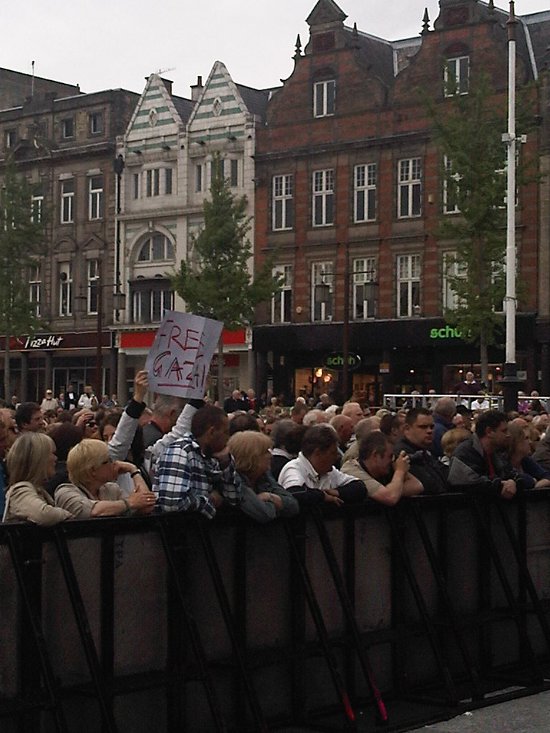 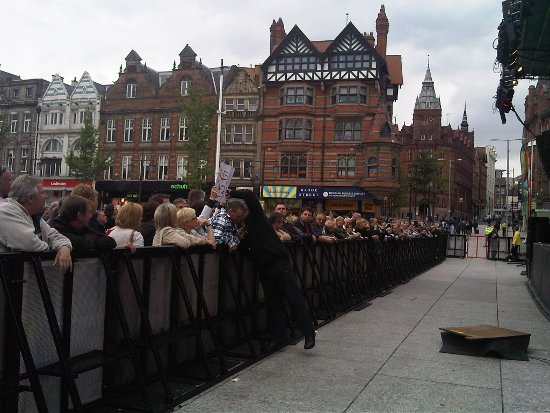 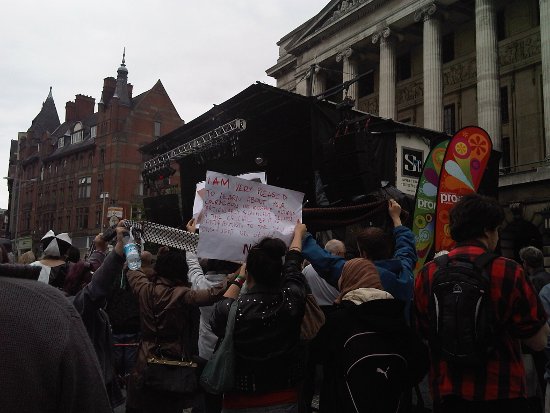 The protest continues. The front of the placards read FREE GAZA 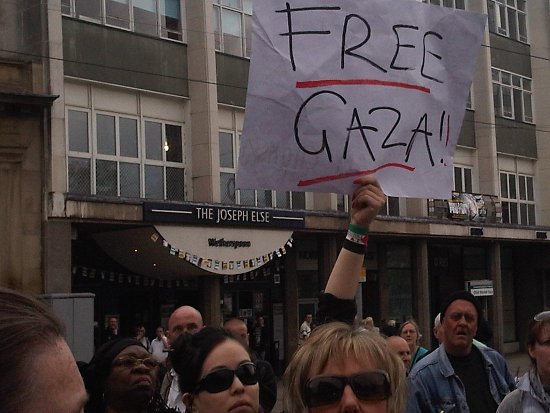 Organised in just a few hours, approximately 50 people from Britain, the USA, the Caribbean, Kuwait, Palestine, Greece and Spain joined the demonstration throughout the course of the evening. The demonstrators were angered that the IDF had occupied humanitarian aid boats in international waters before shooting and injuring unarmed civilians. In Nottingham, a concert organised by the council was taking up most of the square, so the protestors decided to take their message to concert-goers holding up placards that read “FREE GAZA” as well as their keffiyehs. Many expressed interest at attending and organising a bigger demonstration for later on in the week.