The Islamophobic football hooligans of the English Defence League [EDL] are holding a rally tomorrow Wednesday 2nd June from 7pm with Zionists outside the Israel Embassy to defend Zionism and Israel. They have held protests with Zionist SIOE before. There have been International protests against Israel this weekend following the massacre of aid workers in International waters by the Israel Navy. 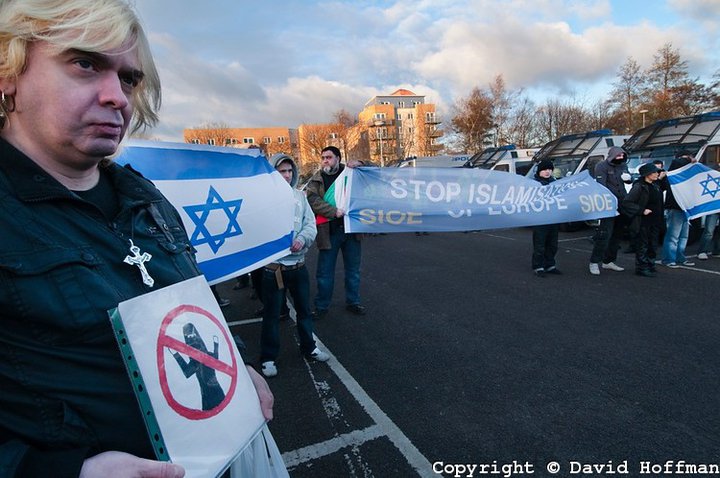 People who are appalled at the EDL and timing of this rally should go to the Israel Embassy to counter protest tomorrow evening.
People have been protesting all around the world this week after the Israel Navy opened fire with machine guns against aid workers on the Freedom Flotilla who were taking medicines and food to Palestinians in Gaza. Many were killed.

The English Defence League are mostly racist football hooligans with links to right wing political groups including the BNP. They are funded by Zionist millionaire Alan Lake and have protested alongside Zionists from Stop Islamification of Europe before.
This rally held by the EDL in defence of Israel is enough to disgust anybody and antifascists will be there to oppose the EDL.