Brian Haw started his peace protest in Parliament Square nine years ago, and today he was still there. Police marked the occasion by serving a summons on his fellow protester Barbara Tucker for using a megaphone. London, UK. 02/06/2010. Photos Copyright (C) 2010 Peter Marshall - please contact for use. 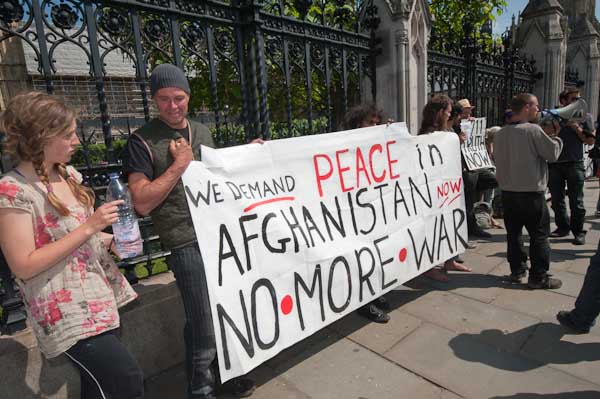 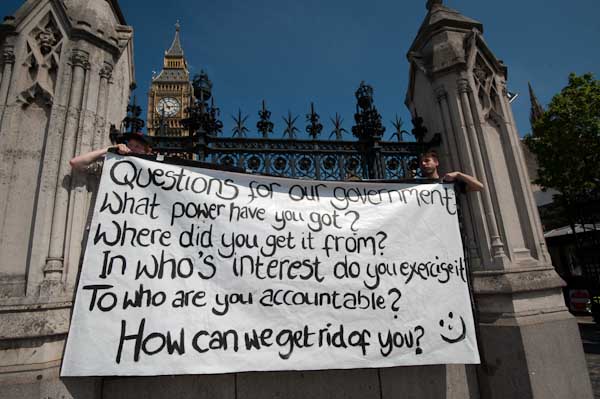 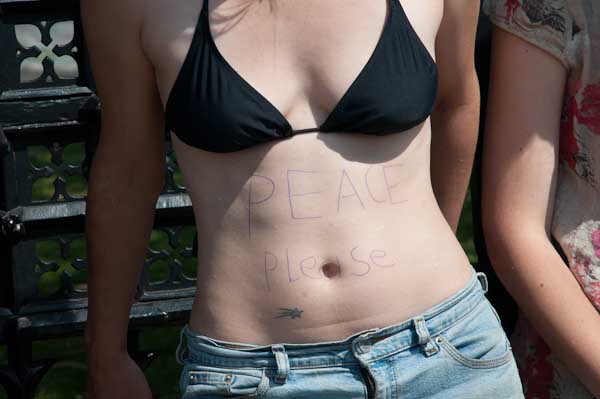 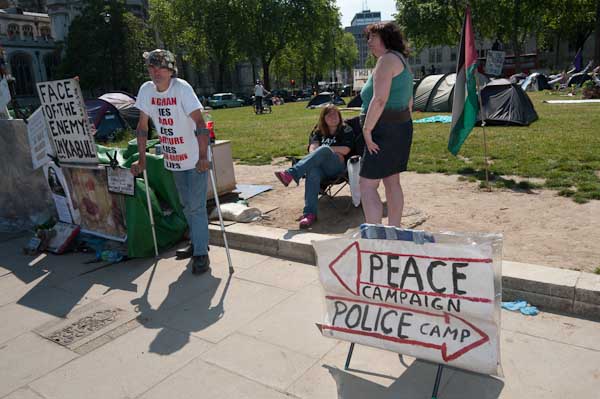 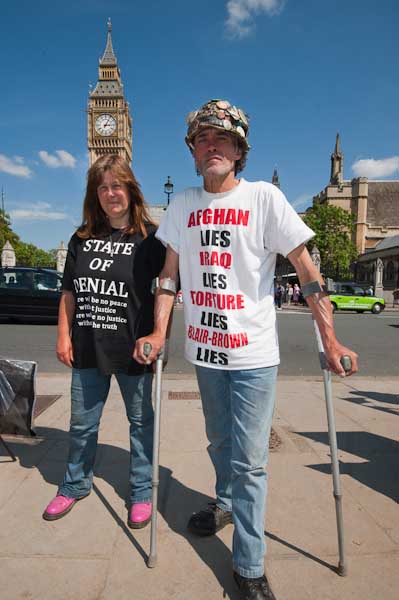 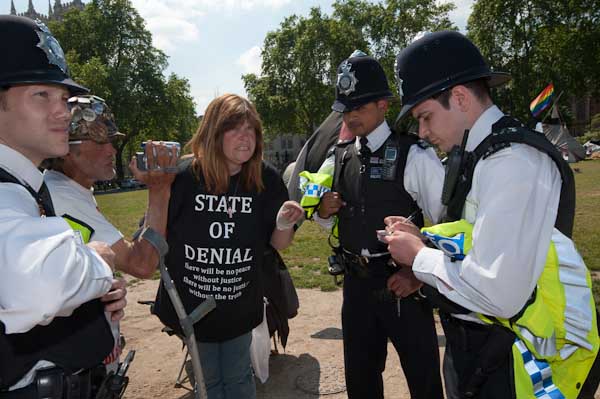 Barbara gets a summons

They were arrested as Brian objected to an early morning police search of his tent, his home for the past nine years, without a warrant. The police claimed to be acting under an act of parliament that allows them to enter premises in the course of making an arrest, which was not the case.

Mr Haw says that this was the thirteenth or fourteenth illegal search the police have made of his property in his time in the square, all a part of a continual campaign of harassment against him over the years.

As I arrived to talk with the two peace protesters, a group from the Democracy Camp which has been in the square since May 1 this year were making a protest across the road in on the pavement in front of the House of Commons. They held up banners, including a large one saying 'We Respect The Soldiers We Do Not Support The War' and another 'We Demand Peace In Afghanistan and No More War' and several made speeches with a megaphone. Another very artistically written notice on a large square of cloth on the pavement read 'With Each Conscious Breath May You Know How Loved You Are in All Ways. You Are Divine. Let Your Light Shine'.

Two young men who climbed up on the wall to hold a banner with five questions for our government were soon told by a police officer to get down, and when they didn't move fast enough he pulled the banner down; they came down and held it standing on the pavement.

I walked back across the road to Barbara and Brian, pausing to phtoograph the notice they have put up to make clear the distinction between what they call the 'Police Camp' - since its activities seem tolerated by the police - and their Peace Campaign which is subjected to considerable police harassment.

I photographed Brian holding up a new t-shirt which reproduces the front cover of The Independent, with a picture of the Queen at the state opening reading the speech which stated 'Legislation will be brought forward to restore freedoms and civil liberties', and below that one of police bending his arms roughly behind his back during his arrest that same day.

The t-shirt Brian was wearing was simpler and more direct: 'Afghan Lies, Iraq Lies, Torture Lies, Blair-Brown Lies.' As I talked to them we became aware of three police a few yards away standing and watching us. They then came over and served Barbara Ticker with a summons for using a megaphone in Parliament Square.

Brian and Barbara asked why she was being singled out for attention as there were at that time others actually using a megaphone and she was not currently doing so. The officers made no attempt to answer this question.