Israel is already singled out: Unbending US support to Israel's nuclear weapons

By criticizing the final resolution of the 2010 Review Conference of the Parties to the Treaty on the Non-Proliferation of Nuclear Weapons, the U.S. government once again demonstrated its indifference and unresponsiveness towards the international community and the bloc of 188 nations that demanded Israel to join the NPT and put its nuclear facilities under the comprehensive safeguards of the International Atomic Energy Agency (IAEA). "We strongly oppose efforts to single out Israel, and will oppose actions that jeopardize Israel's national security," President Obama said in a statement published immediately after the conference wrapped up. 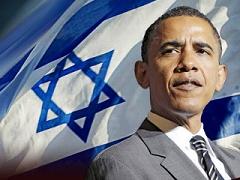 By criticizing the final resolution of the 2010 Review Conference of the Parties to the Treaty on the Non-Proliferation of Nuclear Weapons, the U.S. government once again demonstrated its indifference and unresponsiveness towards the international community and the bloc of 188 nations that demanded Israel to join the NPT and put its nuclear facilities under the comprehensive safeguards of the International Atomic Energy Agency (IAEA).

In a statement following the conclusion of the conference, the U.S. President Barack Obama expressed his concern over Israel's being singled out and reaffirmed his country's commitment to the Israel's "security", which is seemingly hinged on the possession of nuclear weapons.

"The United States has long supported such a [nuclear-free Middle East] zone, although our view is that a comprehensive and durable peace in the region and full compliance by all regional states with their arms control and nonproliferation obligations are essential precursors for its establishment. We strongly oppose efforts to single out Israel, and will oppose actions that jeopardize Israel's national security," he said in a statement published immediately after the conference wrapped up.

Obama's militant national security advisor also issued a statement with similar content. "The United States will not permit a conference or actions that could jeopardize Israel’s national security… We will not accept any approach that singles out Israel or sets unrealistic expectations," General James L. Jones said.

One simple implication of the remarks made by the U.S. officials might be that Israel's fragile security is intertwined with its possession of nuclear weapons and thus Tel Aviv should not be pressured to move towards annihilating its atomic arsenal.

The other connotation which can be extracted from the remarks made by the U.S. President is that Israel should not be held accountable for its violations of international regulations, including 65 UNSC resolutions which have been passed against the occupying regime since its establishment, particularly the resolution 487 of the June 1981 which called on Israel to "urgently" put its nuclear facilities under the IAEA safeguards. Israel never fulfilled its responsibilities under this resolution and continued its underground nuclear activities illegally until it was revealed by the Federation of American Scientists that Israel should have obtained something around 200 nuclear warheads by the year 2007.

However, it has long become the tradition of the United States to exercise double standards flagrantly: allowing nuclear weapons for one country and disallowing the peaceful nuclear activities for another.

With all this in mind, the Monday incursion of the Israel Defense Forces into the flotilla of humanitarian aids which was heading from Turkey to the besieged Gaza strip did not come as a surprise to the international community, although it provoked widespread condemnations. The unjustifiable, brutal pre-dawn assault which left at least 20 people dead and several others wounded once again exhibited the inhuman nature of the Israeli regime.

Over the past 60 years, Israel has been busy massacring and murdering the Palestinian nation, confiscating their lands and destroying their properties. This fabricated regime has become so blatant and unashamed that publicly endorses these killings and destructions as its legal right to self-defense.

With an approximate amount of $7 million per day of military aid which the U.S. allocates to Tel Aviv, the Israeli regime is extending the roots of its inhumanity and chauvinism deeper. While the international community nonchalantly ignores the felonies of the Israeli regime, the subjugated nation of Palestine suffers more and more.

118 members of the Non-Aligned Movement, 56 member states of the Organization of Islamic Conference and 22 nations of the Arab League are simply watching while the Zionist regime carries out whatever it decides to do. Nobody has taken serious steps to prevent this apartheid regime from trampling the international laws underfoot.

Israel has not been singled out in the final document of the NPT review conference. Israel is already a singled-out country which kills, imprisons, destructs, invades and exploits without being questioned or held accountable. The United States and its European allies, who are simply unable to condemn Israel for the killing of 20 unarmed, innocent civilians in the daylight, treat this counterfeit regime as if it has tumbled on the earth from another planet. Israel is already singled out because the United States and EU don't dare ask Israel a simple question of "excuse me, what are you doing, sir?!"