RANGOON—From tree planting in Burma (Myanmar) to a solidarity rally in Washington and flash mobs in Britain, people around the world are holding events to mark the 65th birthday today of Aung San Suu Kyi. 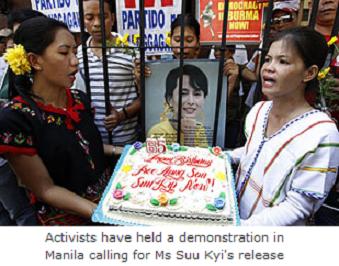 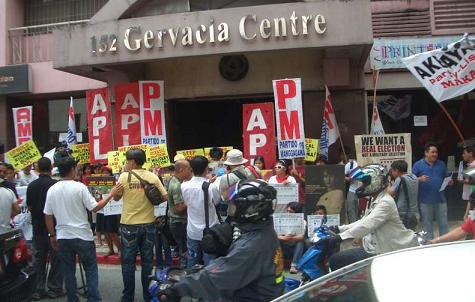 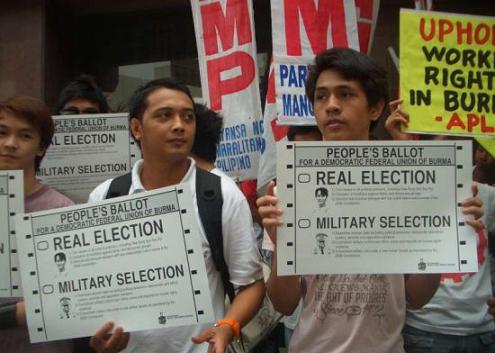 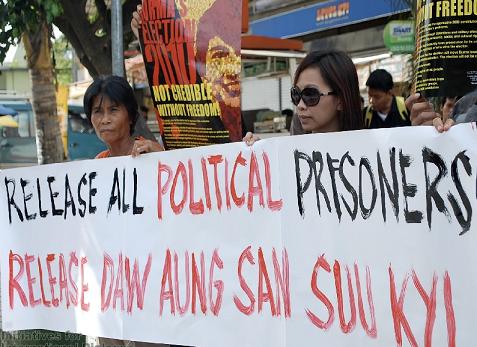 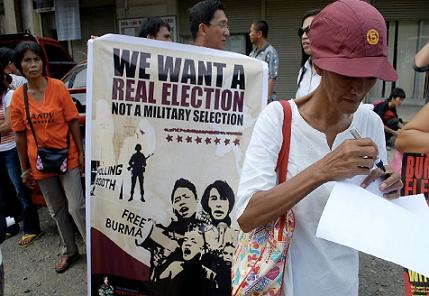 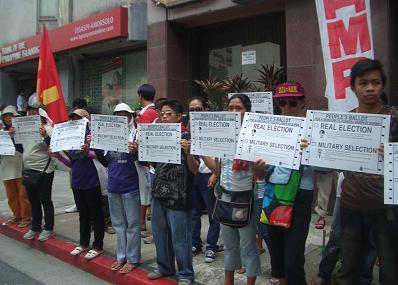 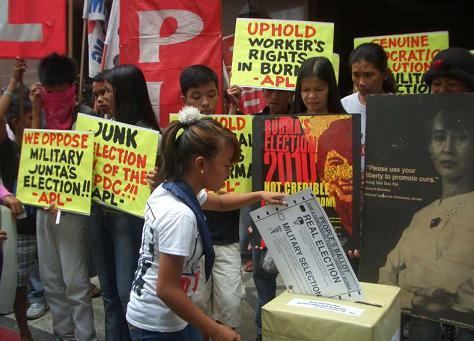 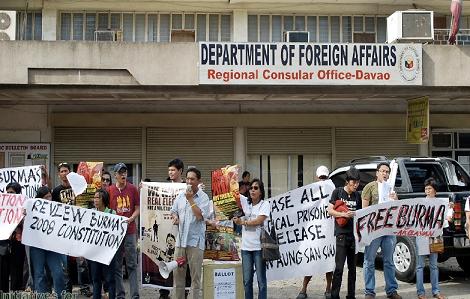 Supporters of Burma’s iconic democracy leader plan to throw a small party for her at one of their houses in northern Rangoon, but Suu Kyi won’t be there.

In Makati, Philippines, about 70 activists yesterday marked Suu Kyi’s 65th birthday by rallying in front of the Embassy of Burma, demanding for her release.

The mostly women demonstrators carried large posters of Suu Kyi staring out from barbed wire. The activists with yellow flowers recited poems, sang songs and called for democracy in the junta-led country.

Rally leader Egoy Bans of the Free Burma Coalition-Philippines (FBC-PHILIPPINES) urged President-elect Benigno “Noynoy” Aquino III and other leaders of Asean countries to step up pressure on Burma to free Suu Kyi and all other political prisoners so they could participate in this year’s election.

The Nobel Peace Prize laureate, in detention for almost 15 years, is expected to spend a quiet day at her lakeside mansion where she is kept without telephone or Internet access, cut off from the outside world.

Members of her National League for Democracy are planting about 20,000 saplings around Burma to mark her birthday.

“It’s difficult without Daw Suu in a leading role. But we try our best with our belief because we have seen [her] struggling for the people,” said Min Zaw Oo, a 29-year-old NLD youth member.

“Daw” is a term of respect in Burma.

“She’s our role model. So we will continue to believe in her. We always pray for her release. Not only on her birthday,” the youth member said.

“We see her continued detention as an outright insult to justice and democracy and a counterproductive move that will not contribute any significant political progress in Burma,” Bans said.

The mass action coincided with the Manila launch of the seventh edition of the book “Burmese Women’s Voices for Peace,” a collection of stories written by Burmese activists.

Born on June 19, 1945, Suu Kyi is Burma’s most high-profile political prisoner. Like South Africa’s Nelson Mandela, she has become an international symbol of heroic and peaceful resistance in the face of oppression.

Suu Kyi’s soft voice and demeanor belie her status as the biggest threat to the ruling junta ahead of elections planned for sometime this year.

Her party won the last vote in 1990 but was never allowed to take office, and she is barred from standing in the upcoming polls—the country’s first in two decades