Thousands of Londoners could be made homeless due to Gideon George’s attack on Housing Benefit. 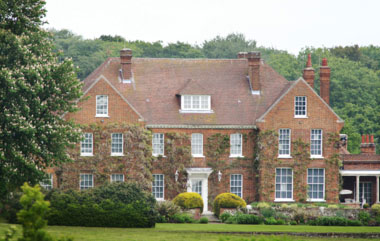 The posh cunt who lives in the mansion above at our expense (when he’s not living at one of his other two houses) has decided to limit the rate of Housing Benefit will be set at £400 for a four bedroom house and £280 for a one bed flat.

Ignoring the simple fact that soaring rents are inflicted by parasitic landlords and buy to let scum, Gideon intends to force many of those on benefit in London out of their homes.

Housing Benefit, or Local Housing Allowance (LHA) as it is now known, is based on the bottem market rate for a particular size property in the local area (1). This is usually set way below the average rental, already forcing benefit claimants and those on low wages into poor quality housing. The LHA rate for central London for a four bedroom house is currently £1,000 a week. As this property website shows (2), the average rent for such a property in the same area is often more than twice that.

So whilst £400 a week for a house may sound appealing on a craggy rock off the Isle of Skye the reality is that in Central London and further afield you just can’t rent a 4 bed property for £400.

In Camden for example the LHA rate is set at £1000 for properties in the central London area of the borough and £575 for those closer to the outskirts. A one bed flat in central London is currently assessed as costing £350 a week, once again outside of Osborne’s £280 a week cut off point.

Even in Tower Hamlets, hardly the land of milk and honey, a four bedroom is house is currently assessed as costing £430 a week, leaving a thirty pount shortfall for claimants. And all this is based on the fact that people only need four bedrooms. For larger families the problems will be even more devastating.

This cuts will not just hit the unemployed. Hundreds of thousands of low paid workers also depend on Housing Benefit to pay their rent and will be forced to find extra money to pay the rent. Along with the VAT hike and cuts in child benefit it seems thew Tories are happy to put a penny in the cap of the poor whilst sending someone in through the back door to nick the telly.

The chinless twat didn’t say whether LHA changes would apply to existing claimants or new claimants only. If applied across the board this could lead to mass homelessness amongst London families at a time when Local Authority housing stock is desperately inadequate.

Even the reforms are only aimed at new claimants this will lead to benefit ghettoes on the outskirts of London with the unemployed and low waged forced out of Central London. This will put yet more strain on those boroughs which do not have the resources of Kensington and Chelsea or Westminster.

This will go down a treat with the Notting Hill set and other assorted scum who will now only have to deal with the plebs when they are stepping over them in shop doorways.

We suspect that Osborne has picked these figures out of the air. We’re not even sure that the Tories fully understand what Housing Benefit is. Why would they, the closest they’ve come to living in rented property was fagging at Eton.

And throughout it all the lapdog Libdems sat nodding like the spineless, worthless, tory-wannabe cunts they are.