26 June is international day in support of victims of torture - please come and support a demonstration outside the US Embassy in Mayfair, London, calling on the US administration to end its policy of kidnap and torture around the world, AKA extraordinary rendition 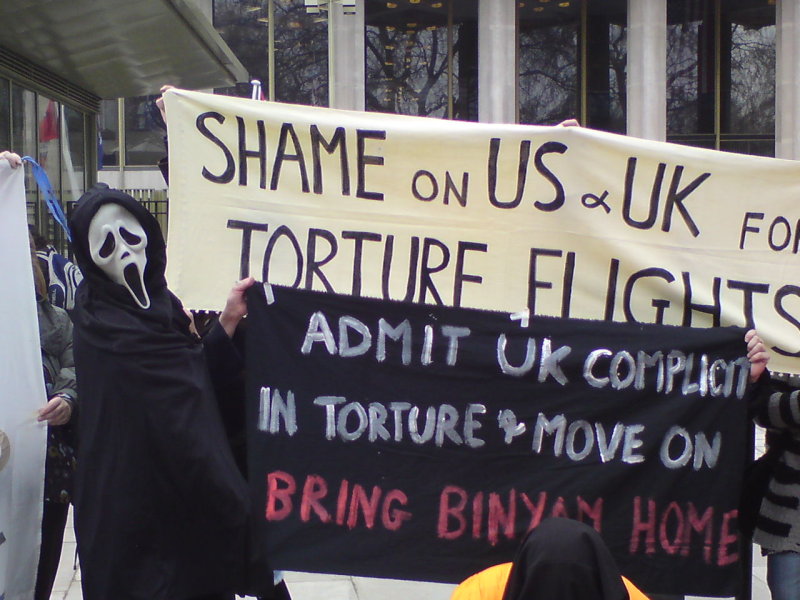 On International Day in Support of Victims of Torture,
the London Guantánamo Campaign invites you to


Torture. Kidnap. Waterboarding. “Disappearances”. Sensory deprivation. Simulated live burial. "Ghost" prisoners …all in a day’s work for the CIA’s extraordinary rendition programme. An international “spider’s web” of illegal torture facilities has sprung up over the past decade with the collusion of the international community. Estimates of the number of victims range from 40,000 to over 200,000. President Obama has not promised to put an end to the practice of extraordinary rendition. Prisons such as Bagram continue to grow in size and stories of torture and abuse, including those involving the British security services, continue to emerge. This illegal practice and international complicity in it must end.
No to torture and enforced “disappearance”. Yes to justice and respect for human rights and the rule of law.