London commuters were this morning surprised to find that their usual Metro paper was a bit thinner, yet more interesting and engaging, than usual.

Tens of thousands of copies of a spoof newspaper that looked very similar to the free daily were distributed at 20 busy tube stations around the capital during rush hour. Thousands more were distributed in other cities around the country.
Under the headline "Gordon Brown to be deported to Scotland," the front frontpage story claimed the former prime minister was facing imminent removal back to his "home country," as the new coalition government introduced new immigration rules that imposed further restrictions on "non-English nationals." Alongside the story, a manipulated picture showed Gordon Brown being arrested by two policemen at a beer festival in Cambridge.

Wearing a white T-shirt bearing the Metro logo and a blue baseball cap, one of the 50 or so distributors, who preferred to keep anonymous, said: "By replacing the word 'British' with 'English' when talking about 'British jobs' and the 'floods of illegal immigrants into Britain,' we hope people will realise how racist and absurd this rhetoric of immigration controls is."

In a witty attempt to highlight the racist and sexual violence experienced by immigration detainees at the hands of private 'detainee escorts', a fake advert claimed that G4S, the private security giant that runs a number of immigration detention centres in the UK and provides detainee escort services on behalf of the UK Border Agency, was looking for "strong men" to "escort women abroad."

The rest of the spoof paper featured a 60-Second interview with a real-life ex-detainee, a 'myth-buster' about asylum and immigration, an 'immigration newspeak' glossary, racist quotes from mainstream press and a couple of more in-depth articles on immigration controls and protests against them.

Many of those who picked up the paper initially seemed confused as to why the Metro had "shrunk." Realising it was a spoof, however, many commented that it was "very funny", "clever", "naughty" and "brilliant". Some even returned back and asked for more copies. Others, however, threw it away and wanted the thicker "real thing."

The 'spoofing operation' was part of 'two days of action against racist press', called by a coalition of anti-racist and migrant rights groups under the name Press Action.

A spokesperson for the anonymous group of spoofers said, "We are sick of being lied to; we are sick of being lied about. These lies, repeated everyday by free papers, tabloids and other corporate mainstream media outlets, have almost become a reality, where the most vulnerable victims of this screwed-up political-economic system are blamed for it."

Explaining why the group chose the Metro and not a 'more obvious target' when it comes to racist press, such as the Daily Mail or the Evening Standard, the anonymous spokesperson commented: "We wanted to highlight the fact that racism and anti-immigration bias is sometimes more subtle than the Daily Hate rants. Besides, the Metro seemed to provide a better vehicle due to its exploitation of the 'public' transport system, so we thought we'd reclaim that right for a day."

1. A pdf of the spoof paper can be found at

3. The callout for the Two Days of Action Against Racist Press can be found at 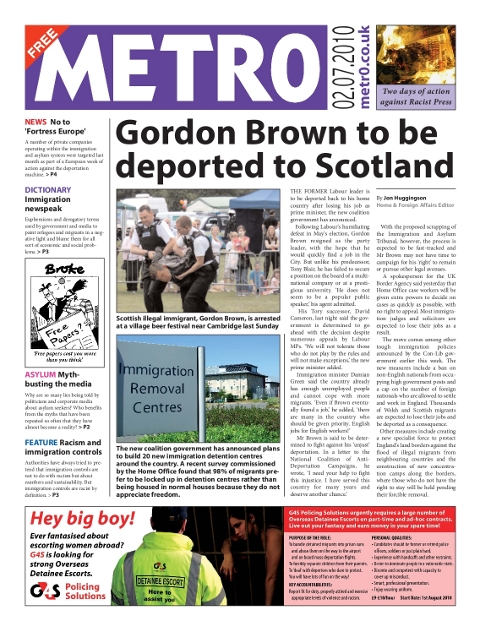 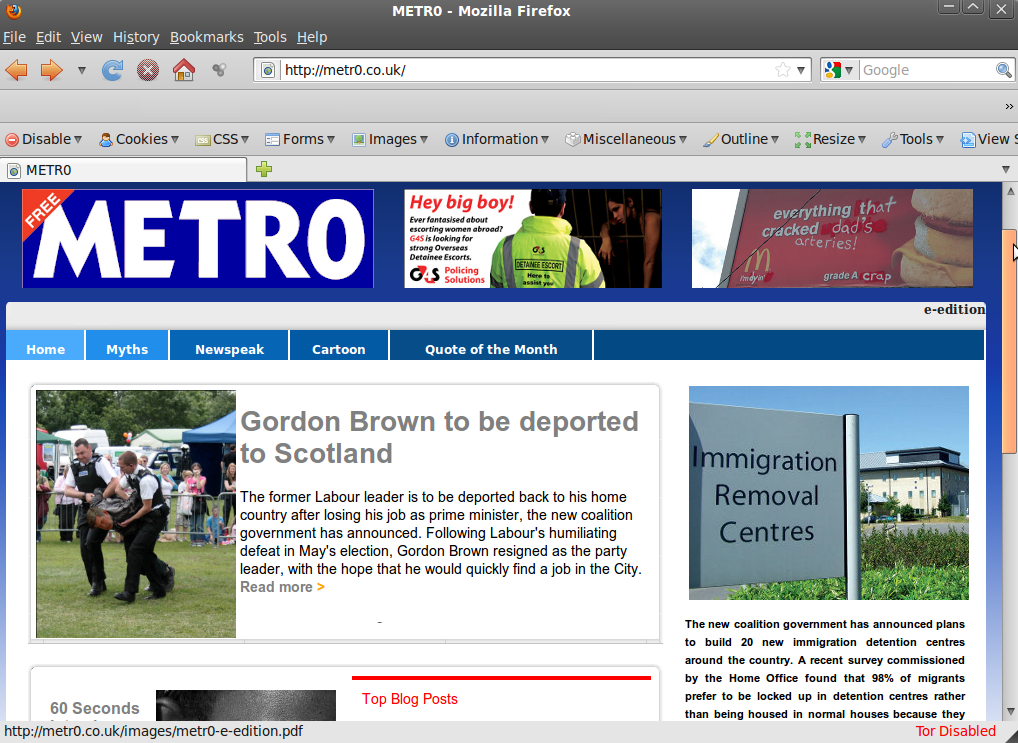 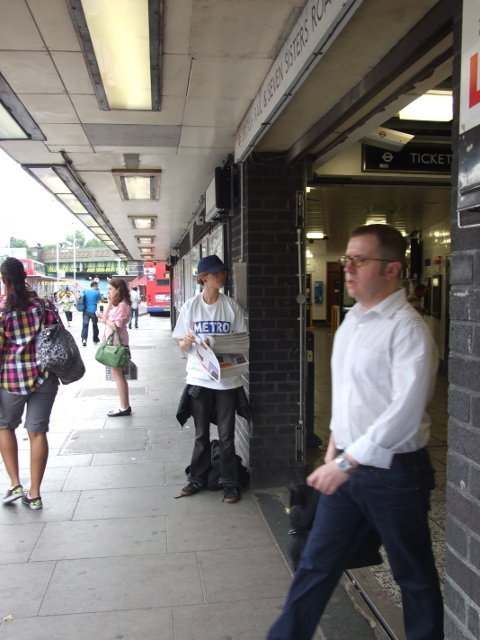 Some people wouldn't believe things unless they saw some pictures!