A few photos from outside the court yesterday after the verdicts for Chris Osmond and Elijah (James) Smith had been announced, and from the press conference afterwards. 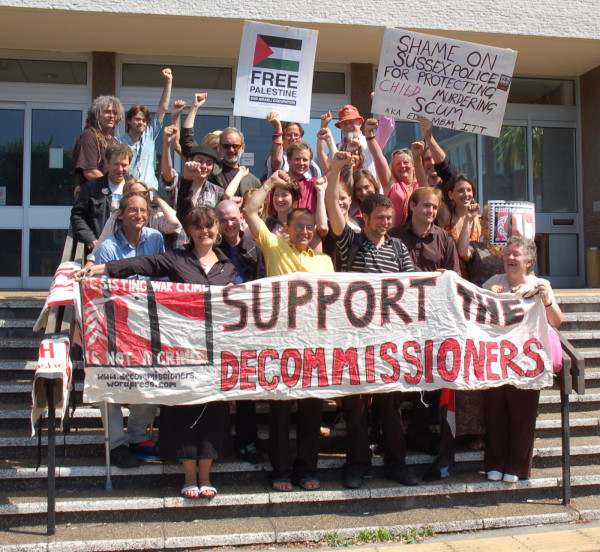 photo call on the steps of hove crown court 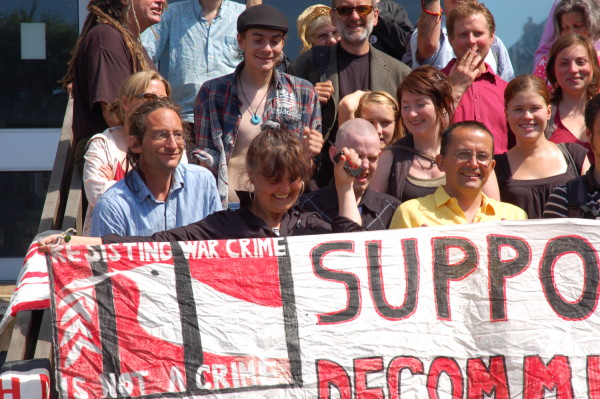 resisting war crime is not a crime 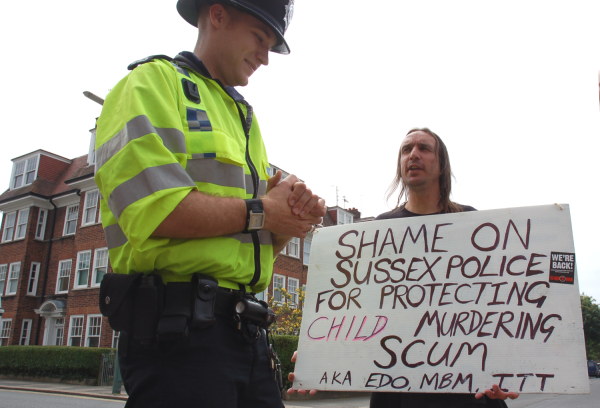 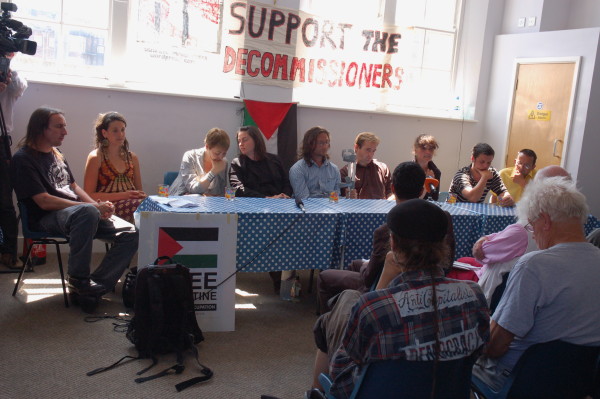 the press conference, complete with a politician! 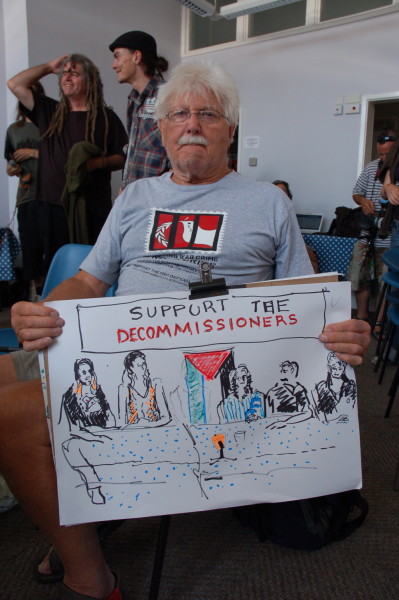 john catt, as featured on the NPOIU 'domestic extremist' database 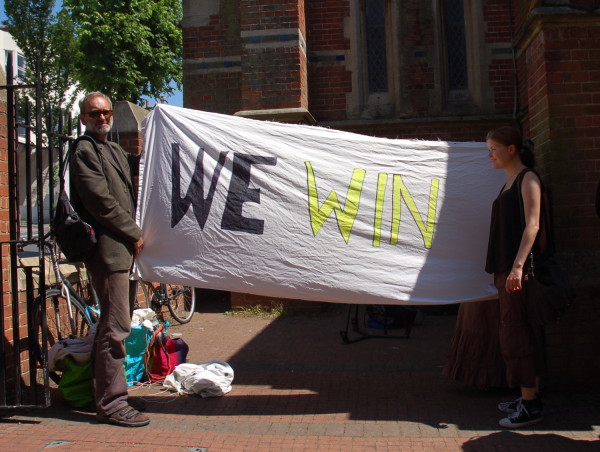 outside the press conference

After the press conference, happy Decommissioners and supporters reclaimed the streets for an impromptu celebratory march across Brighton to the Community Garden, acquiring a sound system and extra supporters along the way, with lots more arriving at the garden throughout the day.

The cops were conspicuous by their absence; either they'd been told to keep a low profile for once or they'd all been sent to guard the EDO/ITT factory which is looking increasingly vulnerable one way and another. If they were doing their jobs properly, of course, they'd have moved in swiftly to shut ITT down and stop the criminal activity that goes on inside.

Big up to all the Decommissioners, to the Smash EDO/Shut ITT campaign and to everyone who was part of this inspirational action to stop the commission of war crimes. There are certainly a good few more nails in the ITT coffin now, especially in the light of some of the evidence presented in court by the prosecution's 'star' witness.