Democracy Village, London - the calm after the storm - pics

All images are Copyright © 2010 D. Viesnik, but may be reproduced free of charge for non-commercial use if credited. For high resolution versions / commercial use, please e-mail. 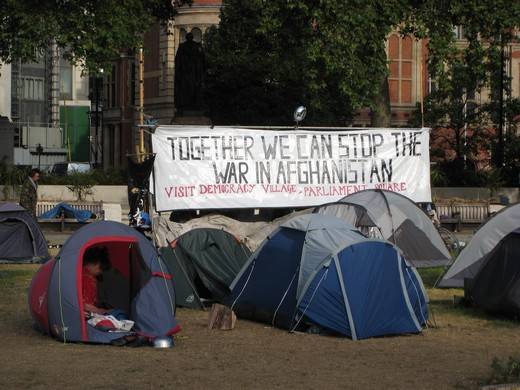 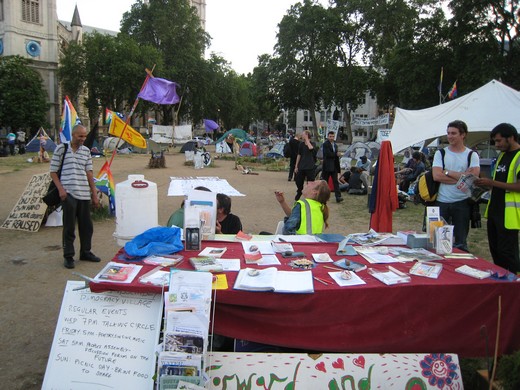 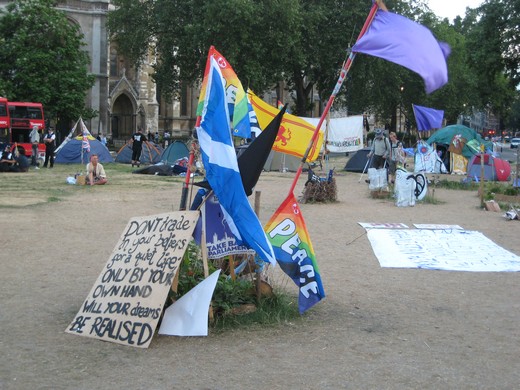 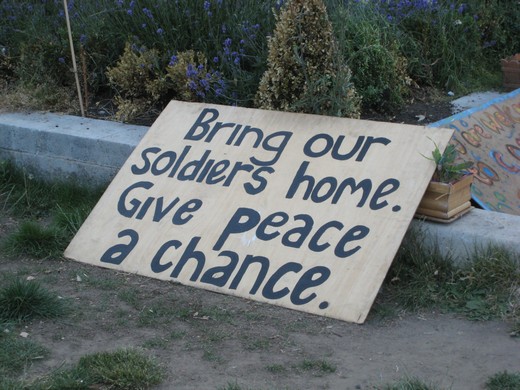 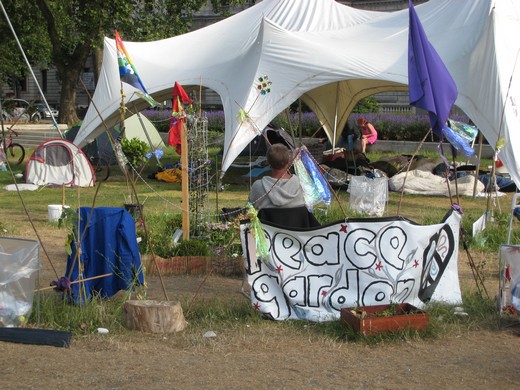 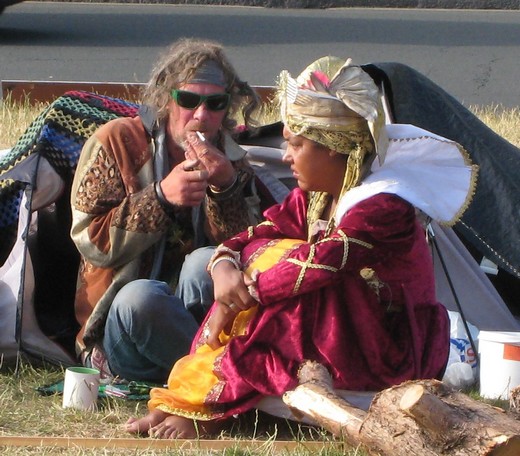 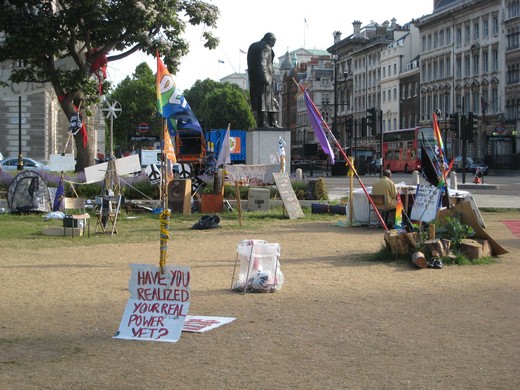 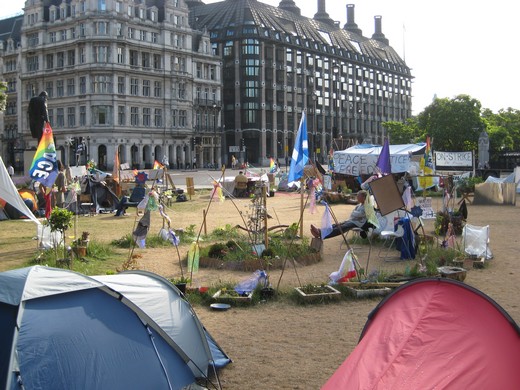 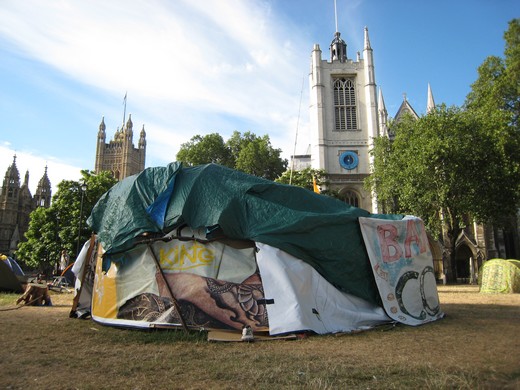 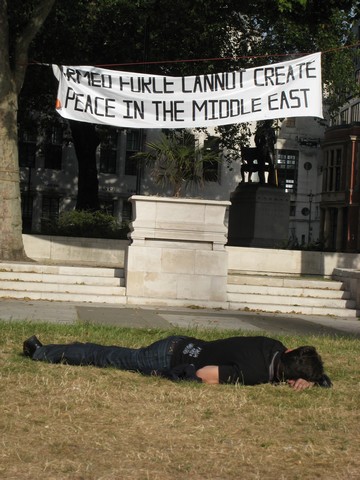 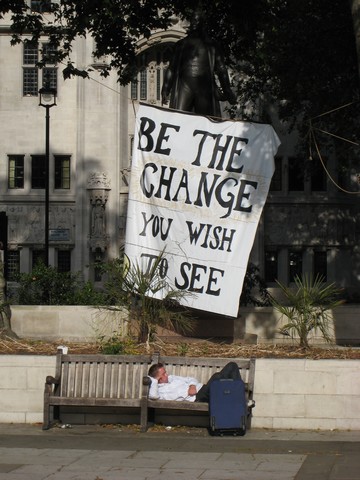 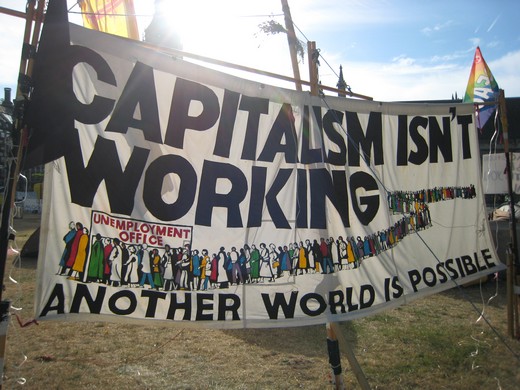 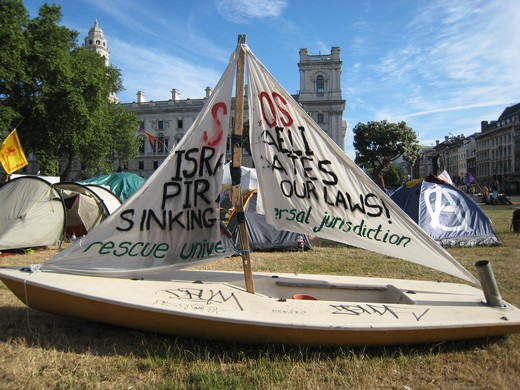 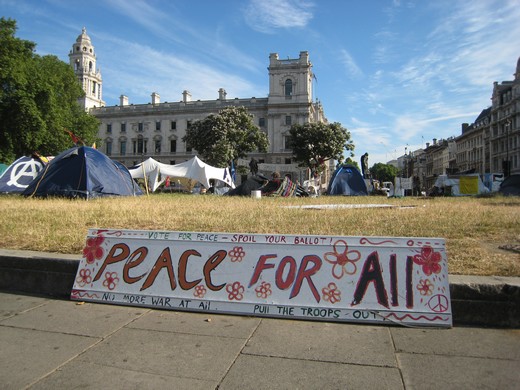 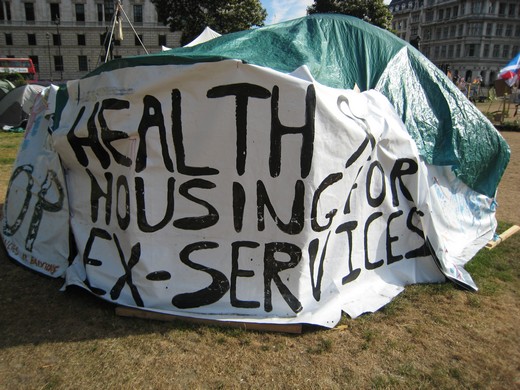 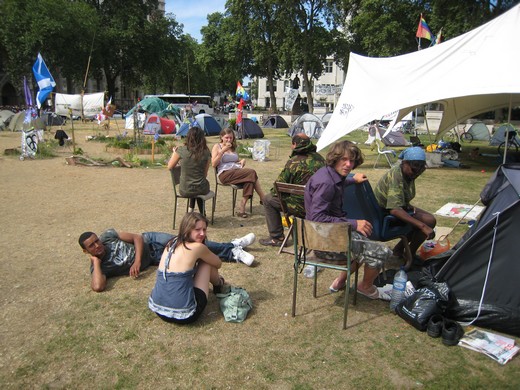 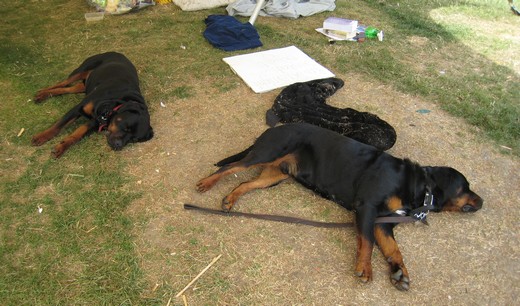 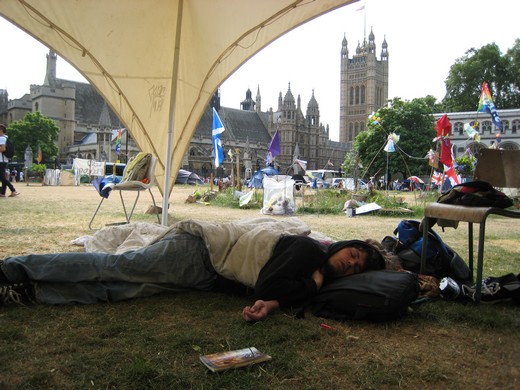 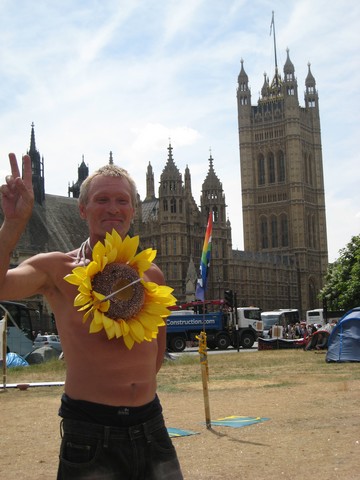 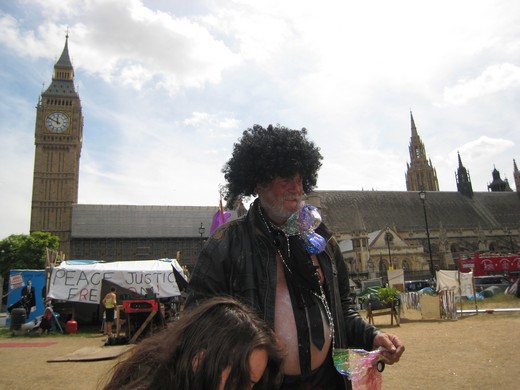 There was an atmosphere of relative calm on Friday evening, albeit with a significant police presence, in the wake of nonviolent actions in the vicinity of the Houses of Parliament and Downing Street by residents and supporters of Democracy Village earlier that afternoon that resulted in a dozen or more arrests.

Four of the arrestees received jail sentences on Saturday for their unwillingness or inability to pay £40 fines for highway obstruction (three women), or for displaying a peace banner inside the courtroom and refusing to show remorse (one man). The remainder are believed to have either accepted cautions or fines, or to have avoided any punishment additional to the time already spent in police custody.

According to an entry on the Democracy Village Facebook group, a court hearing relating to the activists’ appeal against eviction by the Mayor of London, Boris Johnson is listed for this Friday, 9th July.