Iran sanctions: an obsession explained in four acts and a poem

The five nuclear powers go after Iran, that unlikeable country ruled by priests of a foreign religion that happens to be sitting on the world’s third largest lake of oil.

They want to establish a precedent. They want to reform the NPT to turn certain aspects of nuclear-technology development into something that will be illegal for all except for themselves, and they want to intrusively verify compliance to these new rules, enforcing this verification militarily if need be.

What is at stake in the Iranian nuclear affair is our own right to the future. If we don’t stop the nuclear barons now, we never will. 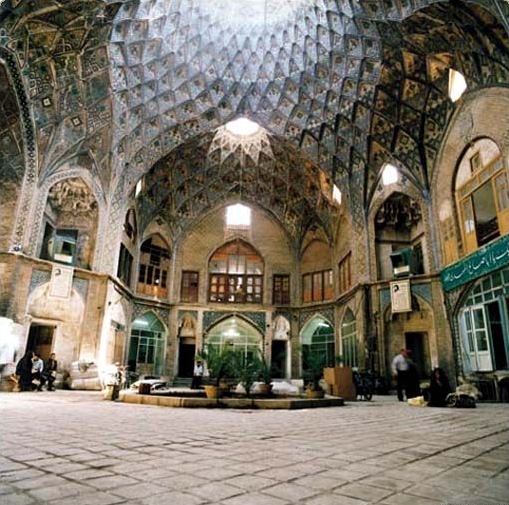 Forget about the thousands of years of history, forget Isfahan and Tabriz monuments, forget Khwarizmi, forget the whirling dervishes, forget Tusi, Alhazen, Biruni and Al-Farisi, forget Persian cuisine and its perfumes – and, above all, forget Omar Khayamm. Iran is today an easy-to-dislike country and it’s even fashionable to find it highly distasteful. Remembering how much of Iran’s history and culture is part of what makes our daily lives more enjoyable and rich is seen as something beneath a gentleman’s – or a lady’s – dignity. After three centuries of strict separation between religion and the State in the West, the idea of a country ruled by religious tenets smacks of fanaticism to our good citizens, even when so many if not most of us profess to observe more or less the same religious principles in our daily lives, albeit a little less strictly. Also, the abrasive style of speech of so many Iranian leaders and the support they give to like-minded groups in other countries does little to make them and the country they speak for more likeable in the eyes of Western sophisticates and their Eastern clones. Above all, our society needs external enemies, real or fictitious, to keep people busy with something else than the real cause of their troubles, and a country ruled by a religion that is not “ours” fits the job description perfectly.

The idea of separating religion and State was born simultaneously with the rise of powerful and increasingly aggressive countries in the part of the world where it first appeared, and it may arguably be considered as part of what made these countries powerful, and aggressive. These three centuries of “lay” history saw the power of those countries and their social and economic principles spread to cover almost the totality of the globe, driven by wars, invasions, massacres of whole populations. “Progress” was imposed on an unwilling world through the blood of money and the mud of free trade – it’s no wonder so much of the resistance to this smothering advance, from Brazil to Iran to China, took the form of a struggle against a “godless” foe. After three centuries, the accumulated might and wealth of these countries resulted in a virtual monopoly over the planet’s resources. When this monopoly started to be challenged by new rising powers, it was natural that the core countries of this world order would close ranks in the defense of their privileges. Russia, China, the U.S., the UK and France, who have jointly owned the world since the end of World War II, will not share the benefits of this ownership with just any newcomer who comes to their gates. As always, and as they did in their time, it will take a storming of their castle to make them part with their riches. The forms that this storming will take are being decided right now, while the castle owners plot their resistance to it.

Part of this monopoly is over the world's energy resources. For decades they were content with ruling the oil-rich countries by proxy and keeping control by fomenting dissent among those countries and maintaining a constant state of low-intensity warfare that sometimes exploded in real short-lived shooting wars. Now, for a number of reasons, including the high cost of keeping the state of permanent conflict from blowing the lid and degenerating into a total and uncontrollable war with unpredictable results, they want direct ownership and control. They can no longer afford to have their energy needs depend on the whims of the famously hot-headed natives of those famously hot countries, and they need to dictate the terms. They need to enclose the natives in reservations over which they exercise total control. (That they may need to abandon Israel to the wolves along this process will be seen by future historians as an example of the foolishness of putting your fate in the hands of your masters, and trusting them to defend you from those they pay you to bully on their behest when their interests change.) This drive to direct control was dramatically intensified by U.S. initiative in 2001, and its first stage was concluded with the invasion of Iraq in March 2003. At first this movement was met with skepticism by the other powers, but they have been falling in line ever since and now they have a united front, and are ready for the next step.

Controlling the oil resources is not enough. Oil supply is not infinite, and controlling all of it does you no good if other alternative sources of energy are being developed while you are sitting on your wells. This is why ethanol development is being sabotaged wherever it’s not under their control, and this is why, above all, they need to establish a monopoly over what is now the second most important source of energy, nuclear power. The problem with establishing this monopoly is that nuclear power is already out there, available to anyone with access to uranium and some money to invest in development; and since uranium occurs practically everywhere and investments in energy are always a priority in any country, this means that in theory anyone can start building nuclear-power plants, and what would they do with all their oil? Not to mention that the nightmarish possibility that someone accidentally stumbles upon a viable nuclear-fusion method for energy generation, making even uranium useless, increases in direct proportion to the number of people tweaking atoms.

Easy: they pick the least popular kid in the block and accuse him of not playing by the rules and hiding his marbles, and then proceed to confiscate all his marbles and forbidding him to play, with full support from all the other kids. They establish their right to decide who can play and who can have marbles. They set a precedent. In no time they will be renting marbles to the same kids from whom they took them.

They go after Iran, that unlikeable country ruled by priests of a foreign religion that happens to be sitting on the world’s third largest lake of oil. But it’s not Iran’s oil they’re interested in, it’s Iran’s right to develop its own nuclear technology that worries them. And it’s not Iran’s rights they want to suppress, it’s the right to nuclear technology that they want to eliminate. They want to establish a precedent. They want to reform the NPT to turn certain aspects of nuclear-technology development into something that will be illegal for all except for themselves, and they want to intrusively verify compliance to these new rules, enforcing this verification militarily if need be. They want to make the Additional Protocol to the NPT mandatory, and for that they accuse Iran of not abiding by rules that under current NPT terms Iran is not obliged to observe, to establish their right to force Iran to sign them, under threat of a military attack. They want to establish a monopoly over the right to set terms to “non-compliant” parties and they want to be recognized as the sole arbiters of compliance.

This is why they rejected the Tehran Declaration of May 17 so vehemently, and two weeks later ordered the IAEA directors to submit to Iran the exact same terms they had rejected, but this time the terms come from them, not from two meddling upstarts who don’t know where they stand. This is why Russia’s Foreign Minister Sergey Lavrov, after his country and its partners in the Security Council refused to acknowledge the results of the Brazil-Iran-Turkey negotiation and voted for sanctions against Iran, declared in Egypt on June 30 that Russia “does not believe in sanctions” and that Russia, France and the United States hope to hold talks with Iran on the same nuclear-fuel swap deal they scorned on June 10 when they voted for new UN sanctions against Iran for not playing by their rules. They own the marbles, they decide who can play, and when, and how – and above all with whom.

A Brazilian poet, Eduardo Alves da Costa, once wrote an homage to the Russian poet Wladimir Mayakovsky, called “On the road with Mayakovsky”, that says:

And pick a flower from our garden

And we don't say anything.

No longer hiding, they

Stomp the flowers, kill our dog,

And we don't say anything.

The weakest of them

Robs us the moon and

Robs us the voice of our throats.

And because we said nothing,

We no longer can say anything.

What is at stake in the Iranian nuclear affair is our own right to the future. If we don’t stop the nuclear barons now, we never will.