The EDL are a racist, Islamaphobic group of football hooligans & bullies. While it may be true that not all of them are racist many of them are. The EDL have rioted in towns across the UK & have attacked Muslims, usually women. They say that they are "against Islamic extremism" but their actions prove that they are racist and Islamaphobic against all Muslims. They have put a pigs head on a Mosque. 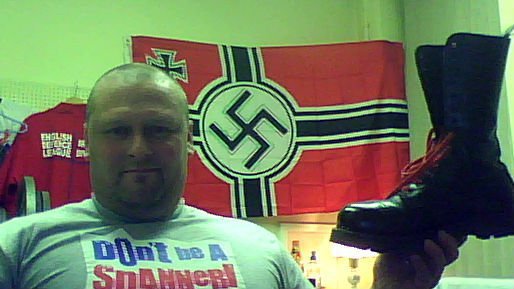 The EDL chant "Burn down Mosques" on their marches. Trevor Kelway has described the Quran as "...a lifestyle manual written by a 7th century peadofile." [He can't even spell].

On the 7th July [7/7] the English Defence League London Division had their EDL anniversary meet up.

The message to all anti racists is : Keep up the pressure! Stop the EDL!