Human rights defenders Mr Roberto Malini, Mr Matteo Pegoraro and Mr Dario Picciau are facing criminal charges as a result of their work on behalf of the Roma community in Italy. Petition for the Freedom of HumaN Rights Defenders - SIGN NOW: 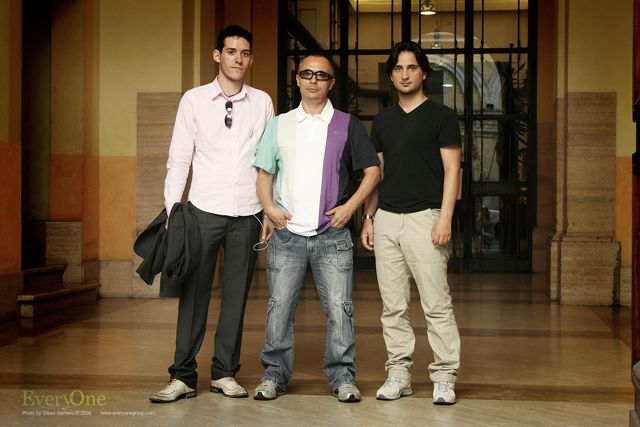 Petition for the Freedom of HumaN Rights Defenders.

The charges, brought on the basis of a complaint by the Pesaro Municipality, relate to two letters sent by the EveryOne Group on 4 May 2009. The first letter was sent to local media and grassroots organisations. The second was addressed to the Juvenile Court of Marche Region in the city of Ancona, and included in copy the Pesaro Public Prosecutor's Office, the Ancona Juvenile Public Prosecutor's Office, the President of the Province of Pesaro and Urbino, the Presidency of the Marche Region and the Pesaro Municipal Councillor for Social Policies.

Both letters concerned the removal of a young Roma girl from the care of her parents by the city's social services on grounds of her parents' living conditions. The letters asked that the young girl be returned to her parents. The letters stated that neither International nor European law allowed for the removal of children from the care of their parents because of poverty and that therefore the Pesaro social services' decision was not justified. They also alleged that Pesaro social services had made several such unjustified decisions.

The EveryOne Group reported being subject to harassment and intimidation as a result of its work on behalf of the Roma community in Pesaro, including threats by local authorities.

I believe that the charges against Roberto Malini, Matteo Pergoraro and Dario Picciau are a direct result of their legitimate human rights activities, particularly with respect to their crucial work on behalf of the Roma community in Italy.

I urge the relevant authorities in Italy:

1. Not to proceed with the charges against Roberto Malini, Matteo Pergoraro and Dario Picciau as it is believed that the investigation has been opened solely on account of their legitimate and peaceful work in defence of human rights;

2. To take measures to ensure an end to the harassment against EveryOne Group;

3. To guarantee in all circumstances that human rights defenders in Italy are able to carry out their legitimate human rights activities without fear of reprisals, and free of all restrictions including judicial harassment.