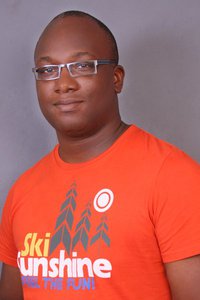 *Online Petition demanding the release of Théophile Kouamouo and is fellow journalists.

Reporters Without Borders is concerned about the arrest, Tuesday, July 13, of three journalists from the Nouveau Courrier d’Abidjan newspaper [Côte d’Ivoire] and the peremptory methods of the prosecutor, Raymond Tchimou.

On orders from Raymond Tchimou Fehou, prosecutor of the court of first instance, three journalists of Nouveau Courrier d’Abidjan, Saint Claver Oula, Editor in Chief, Stéphane Guédé, Director of Publication, and Théophile Kouamouo, managing editor, were arrested by the Criminal Police. The prosecutor accused them of having published the findings of its investigation into the embezzlement in the cocoa-coffee sector. The document, classified as a state secret, had been given a few weeks earlier to President Laurent Gbagbo.

Tuesday, July 13, the prosecutor called editor Théophile Kouamouo into his offices to compel him to reveal his sources. The later refused. The prosecutor then ordered his arrest by the Criminal Police, who placed him in pretrial custody. The newspaper's premises were then searched. The journal's editors were ten questioned by Commissioner of Criminal Police Maxime Gogoua and his men. A computer was taken away. Later in the day, the Editor in Chief and Director of Publication joined Théophile Kouamouo under Criminal Police custody. All three spent the night in the cells of the Criminal Police. They are scheduled to be presented before a judge, charged with "theft of administrative documents."

These are methods that Reporters Without Borders has not seen in Côte d'Ivoire for many years. The theft charge will not hold up. It is important to bear in mind that protection of sources is a fundamental principle of the practice of journalism. In this highly sensitive investigation into practices of the coffee and Cocoa industries of Côte d’Ivoire. Reporters Without Borders deplores this serious threat to press freedom and calls for the immediate release of three journalists.