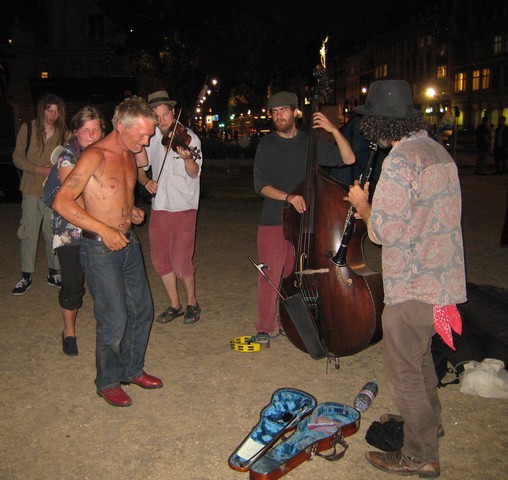 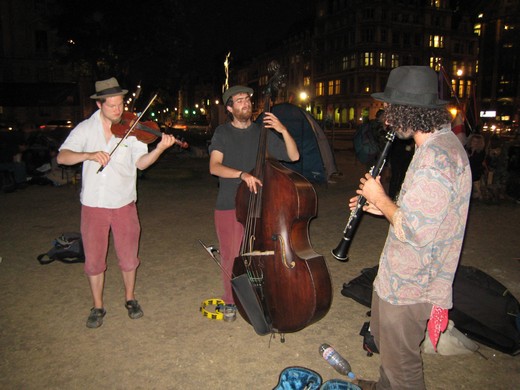 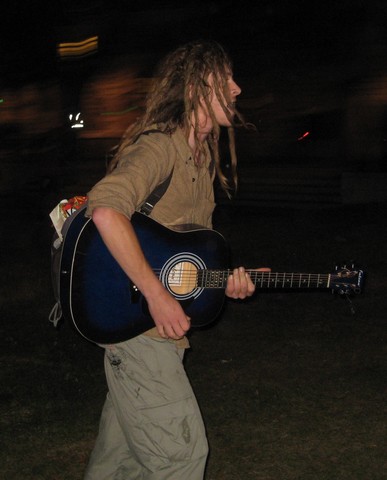 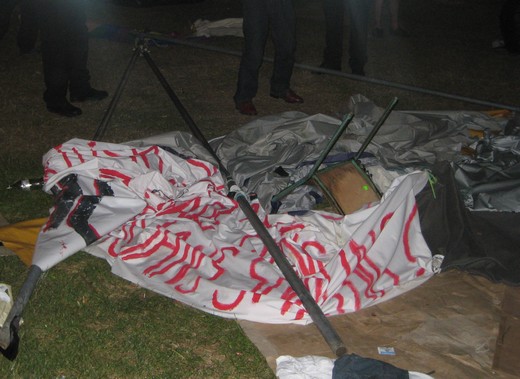 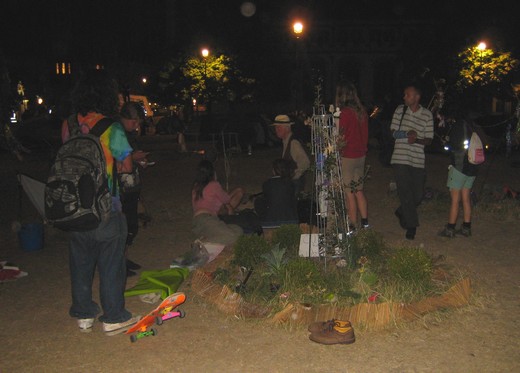 some assemble in the peace garden 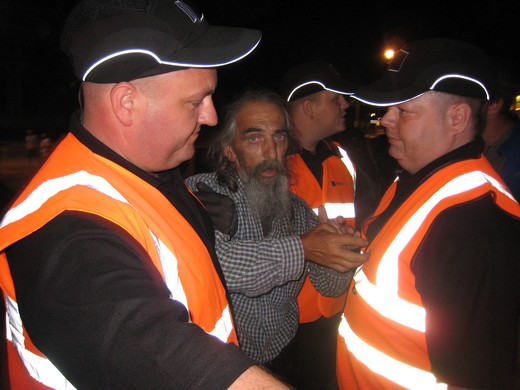 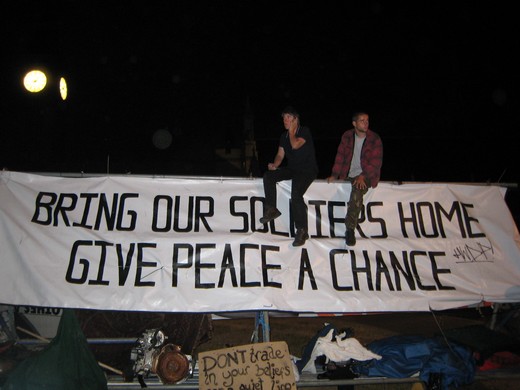 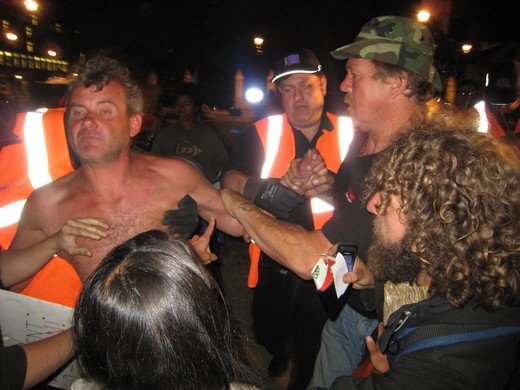 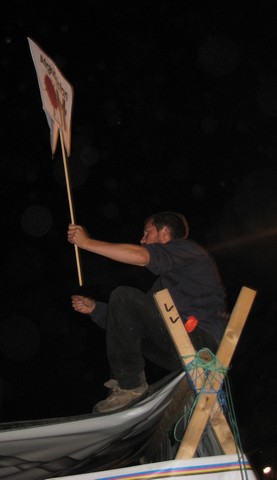 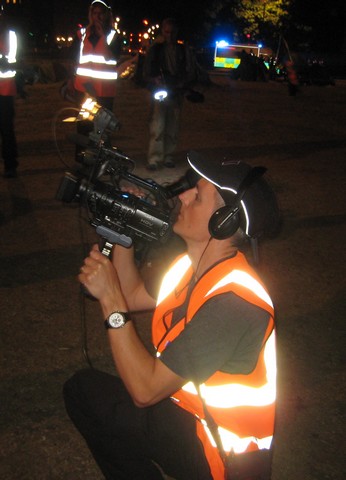 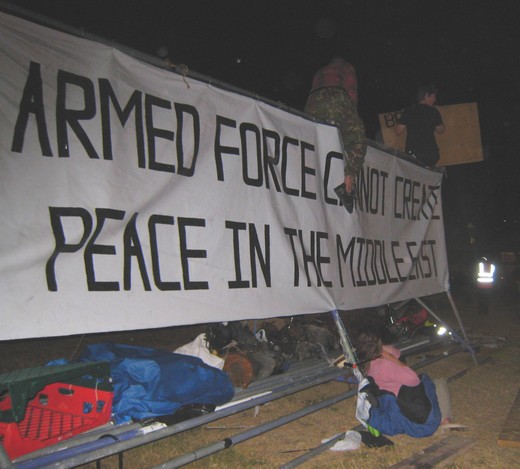 one activist locked on to base with D-lock, two others on top 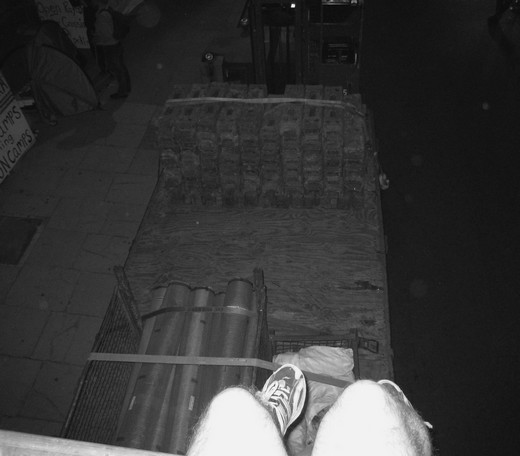 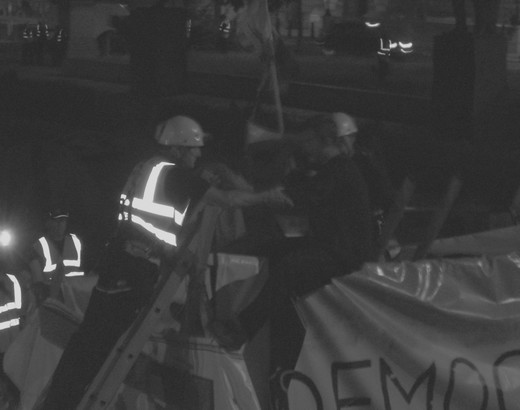 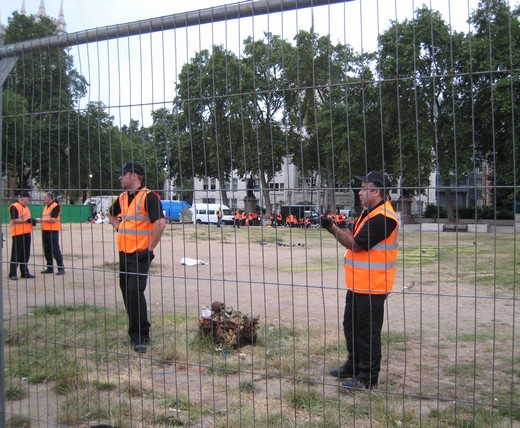 bailiffs inside their cage 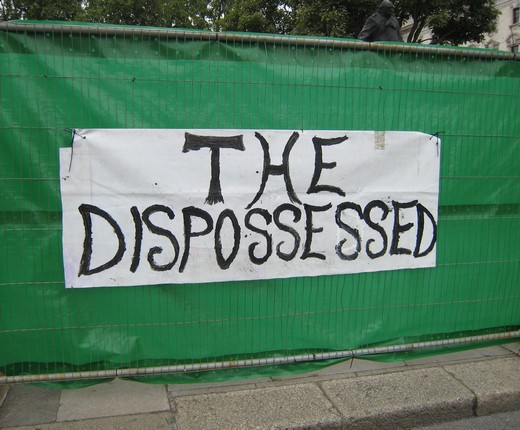 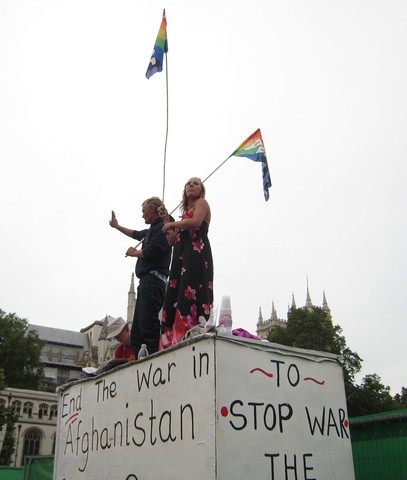 protest continues outside the fenced-off area 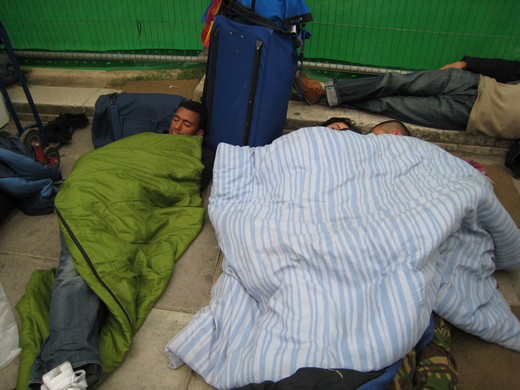 others catch up on sleep 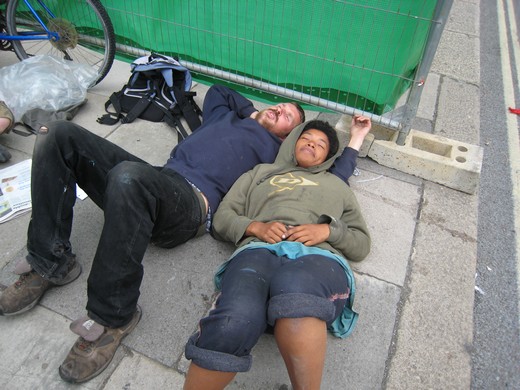 ...after an exhausting night 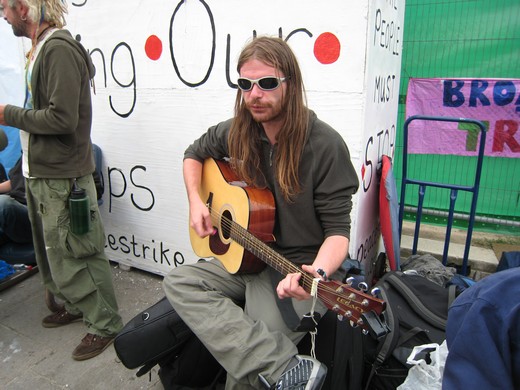 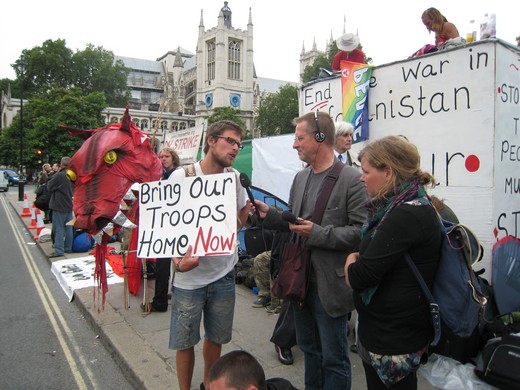 The primary focus of the camp, set up on 1 May 2010, was to bring the war in Afghanistan to a peaceful conclusion and to get the troops returned home. After losing a recent appeal in the Court of Appeal against an eviction order and injunction granted to the Mayor of London, Boris Johnson in the High Court, it was only a matter of time before the order was enforced.

The villagers held out for around 4 hours. After clearing the square, the bailiffs erected metal fences around the entire perimeter of the square, save for a strip of pavement on the east side, where tents belonging to Brian Haw and friends' Parliament Square Peace Campaign and Maria Gallastegui's Peacestrike campaign are located; plus a patch of grass where one of Brian Haw's tents is located.

Around thirty villagers continued their protest on the remaining strip of pavement during the morning rush hour, with various media present.

All images are Copyright (c) 2010 D. Viesnik but may be reproduced free of charge for non-commercial use if credited. For high resolution versions / commercial use, please e-mail.